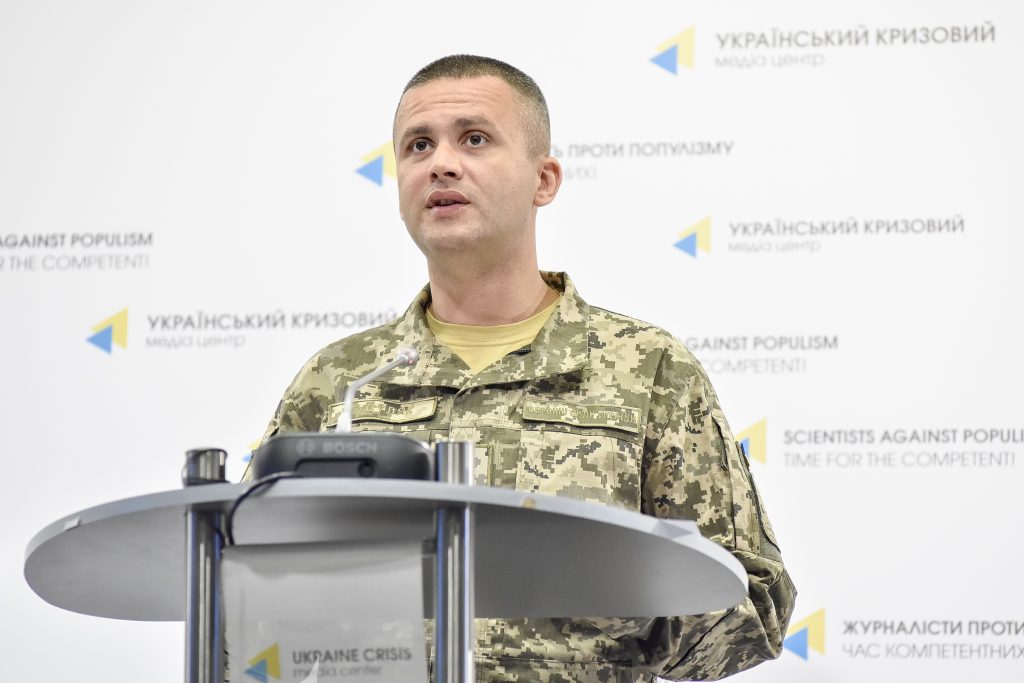 “Russian proxies delivered a total of 73 attacks over the last day. The enemy fired over 150 rounds from 82-mm and 120-mm mortars and made 17 shots from 122-mm artillery. Ukrainian troops returned fire 33 times,” reported Ministry of Defense spokesman Colonel Dmytro Hutsulyak at a press briefing at Ukraine Crisis Media Center.

Unfortunately, one Ukrainian serviceman was killed and five more troops were wounded in action yesterday. One more Ukrainian soldier received a combat injury. 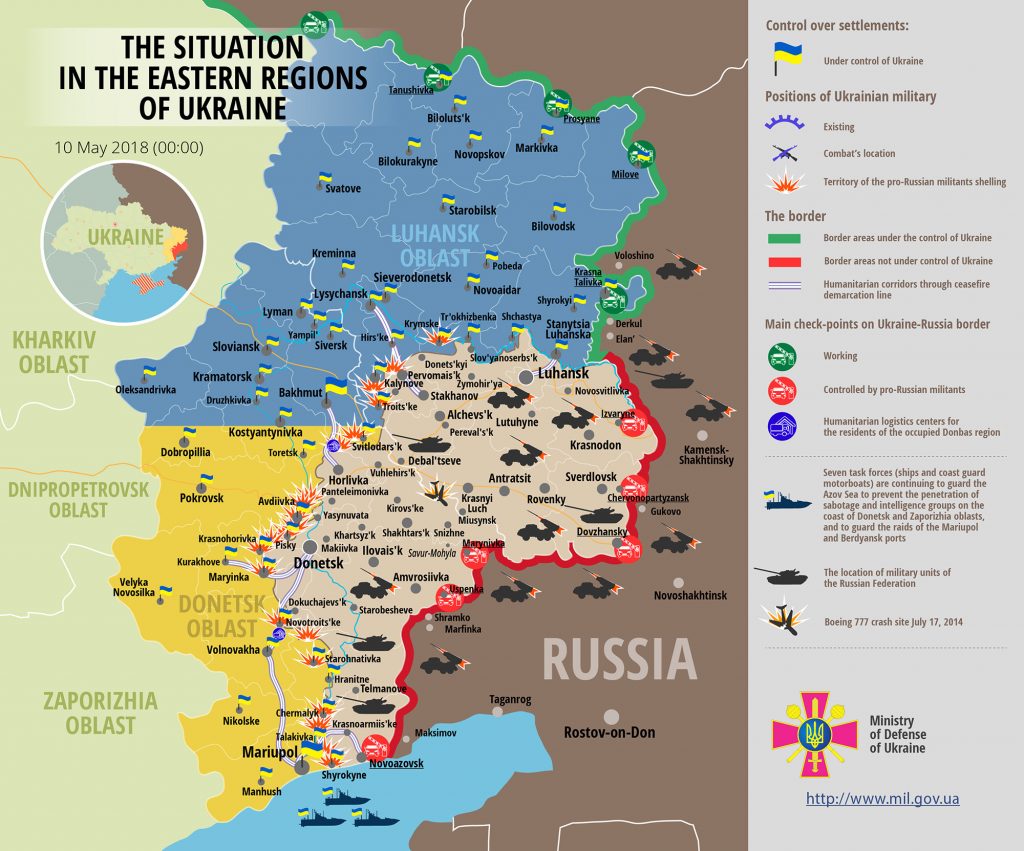 As of the morning of May 10, Ukrainian troops recorded 14 hostile attacks in eastern Ukraine. “Militants shelled the Ukrainian positions outside Artemove, Zaitseve, and Prychepylivka in Luhansk sector with 82-mm and 120-mm mortars. They fired a total of 40 rounds,” Colonel Hutsulyak said.

Report on the military developments as of May 9 is available here. Interactive data on the shelling: chronology shelling chart and the interactive map.