Thankfully, Ukrainian troops incurred no losses over the last day. 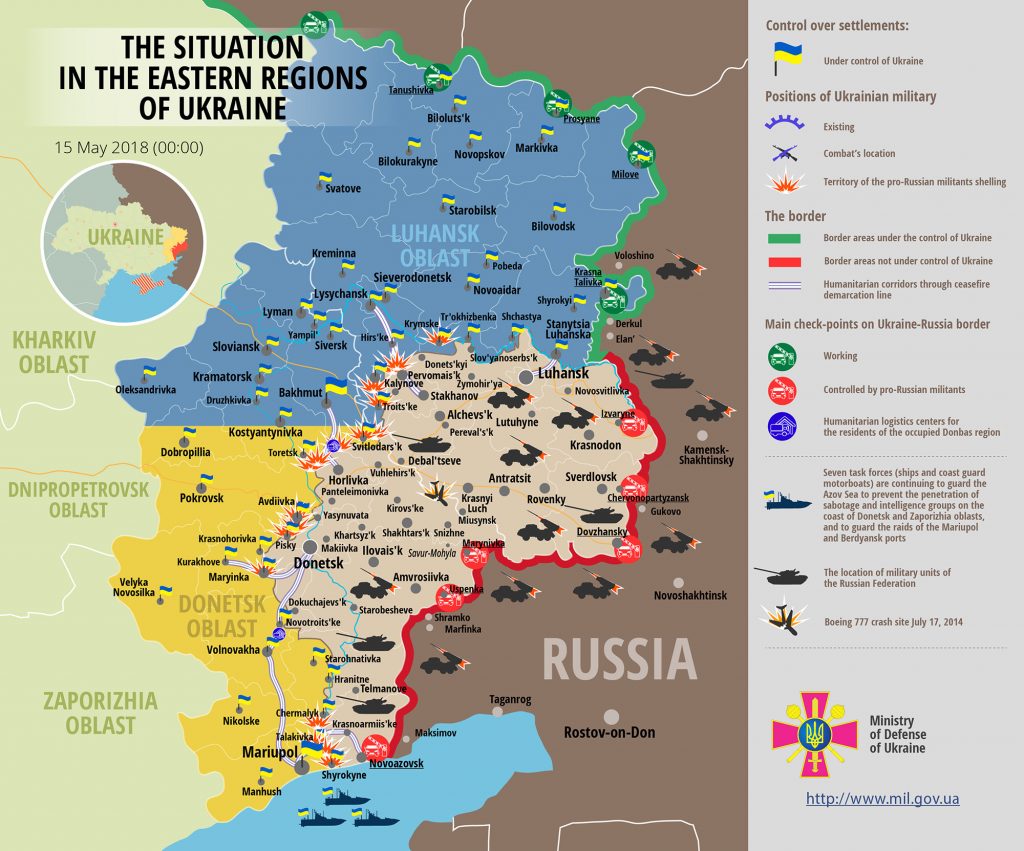 As of the morning of May 15, Russia-backed militants made 11 precision attacks. At night militants shelled the Ukrainian troops defending Novhorodske with 82-mm mortars. “Russia-backed militants used grenade launchers and small arms in the rest of the attacks. Hostile harassing fire was recorded in near Katerynivka, Talakivka, Hnutove, Vodiane, and five times near Shyrokyne,” Colonel Hutsulyak said.

Report on the military developments as of May 14 is available here. Interactive data on the shelling: chronology shelling chart and the interactive map.