Militants attacked residential quarters of Krasnohorivka with heavy weapons. “A local hospital in Krasnohorivka and school No.3 were damaged by militants’ fire of 152-mm cannons and 120-mm mortars,” informed Ukrainian Ministry of Defense spokesman on ATO Colonel Andriy Lysenko at a press briefing at Ukraine Crisis Media Center. In addition to attack on Krasnohorivka, in Mariupol sector militants conducted intense artillery shelling of rear area near Volnovakha, more than 10 km away from the contact line. They fired 40 152-mm projectiles and attacked Krasnohorivka and Novotroitske with mortars twice. Pro-Russian troops opened fire from light weapons between 13:00 and 20:00 in Pavlopil-Shyrokyne frontline and in the northern part of the sector. Militants shelled Maryinka two times using mortars. In total, Russian proxies attacked 29 times in Mariupol sector, and used heavy weapons in nine incidents. 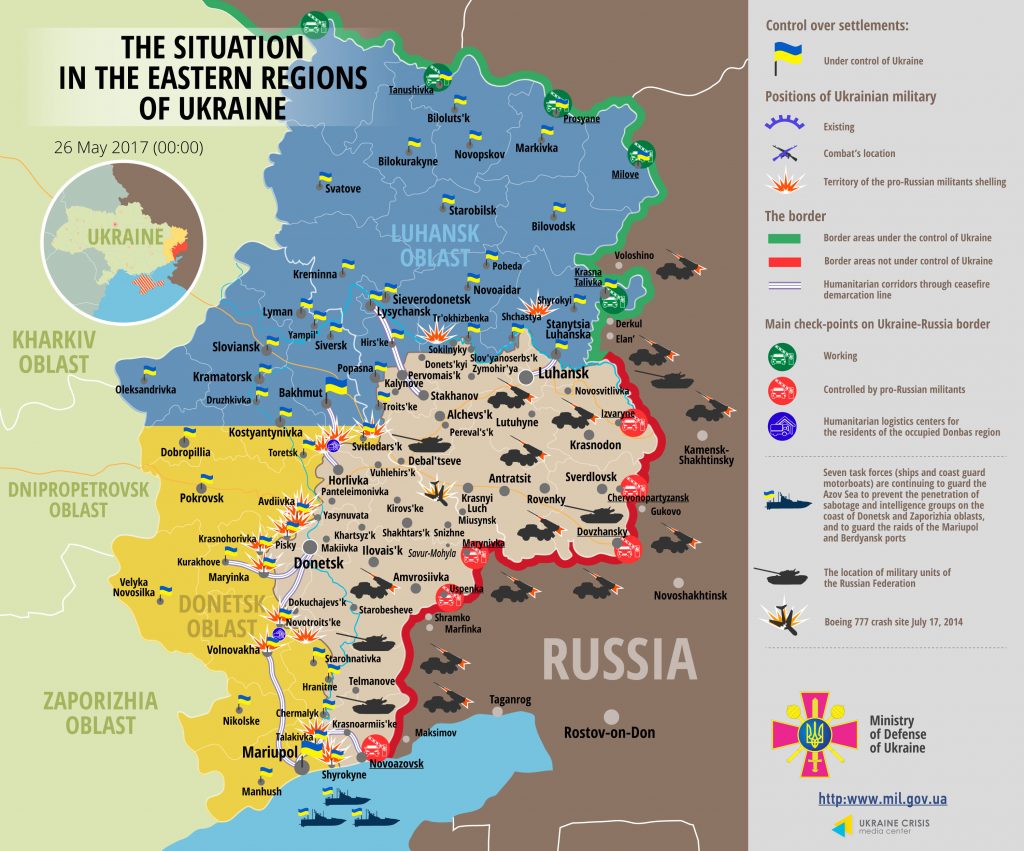 In Luhansk sector militants violated the ceasefire twice – in Nyzhnioteple with small weapons and in Krymske with grenade launchers.

No Ukrainian serviceman was killed in action yesterday, but five troops were wounded.

Report on the military developments as of May 25  is available here. Interactive data on the shelling: chronology shelling chart and the interactive map.