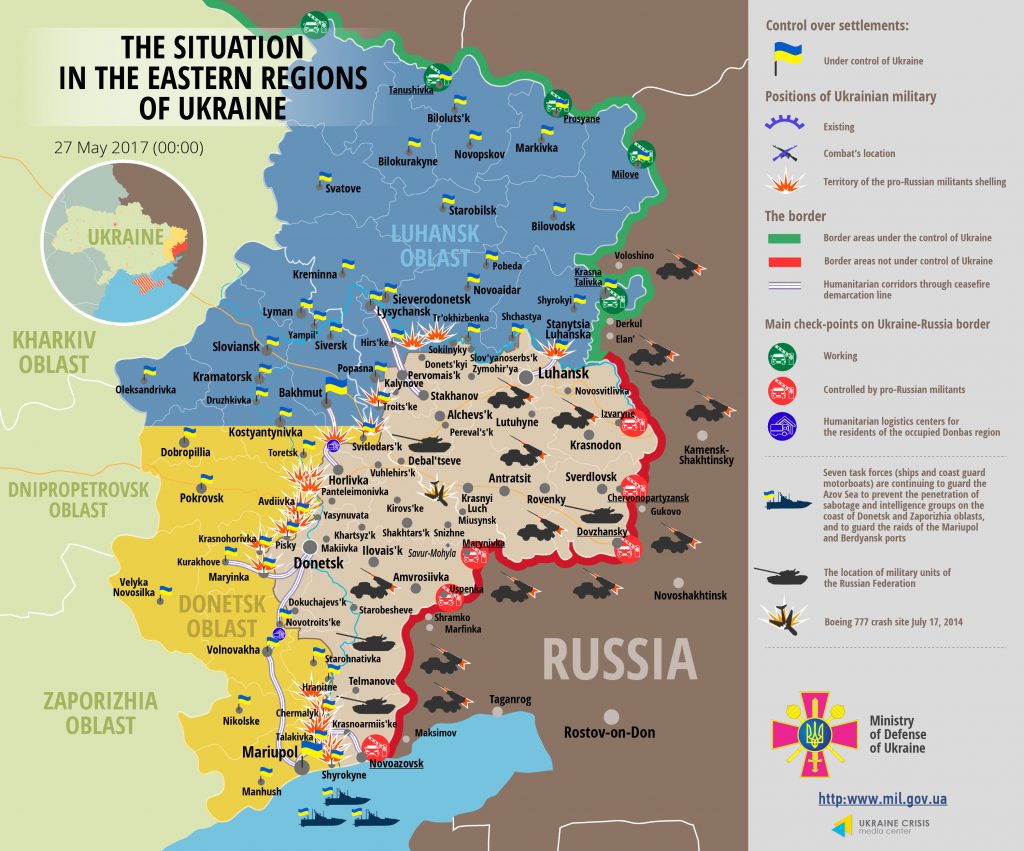 In Mariupol sector Russia-backed militants used mortars in one incident near Maryinka. “The enemy fired five mortar shells, and a hostile sniper was shooting in Krasnohorivka after dawn. One incident in the vicinity of Dokuchaevsk occurred in Novoselivka Druha, where the enemy used small arms,” said Col. Lysenko. Militants shelled with mortars Ukrainian strongholds in Chermalyk, Pavlopil and Hnutove. “Hostilities were the most intense in Pavlopil, where pro-Russian militant fired about 30 mortar shells and then used artillery. […] In Shyrokyne the enemy fired from small arms from 15:00 till sunset and sporadically shelled several mortar rounds at ATO troops,” elaborated Col. Lysenko.

Militants are sporadically violating the ceasefire in Luhansk sector. The situation was the most restless in Troitske. “Russian proxies used mortars against ATO troops in the evening there. The ceasefire fully held in other Ukrainian positions in Popasna district. Militants were intensely firing from grenade launchers in Novotoshkivske in the morning,” said Col. Lysenko. Russia-backed militant groups fired four mortar shells at Ukrainian troops during two incidents and engaged APC weapons and grenade launchers. The ceasefire held in Stanytsia Luhanska district.

Report on the military developments as of May 26 is available here. Interactive data on the shelling: chronology shelling chart and the interactive map.