Yesterday militants reduced the number of shellings on Ukrainian positions. “Nevertheless, the situation in ATO zone remains tense, as militants continue to use heavy weapons, including 122-mm and 152-mm artillery,” reported Col. Andriy Lysenko, Ukrainian Ministry of Defense spokesman on ATO, at a press briefing at Ukraine Crisis Media Center. 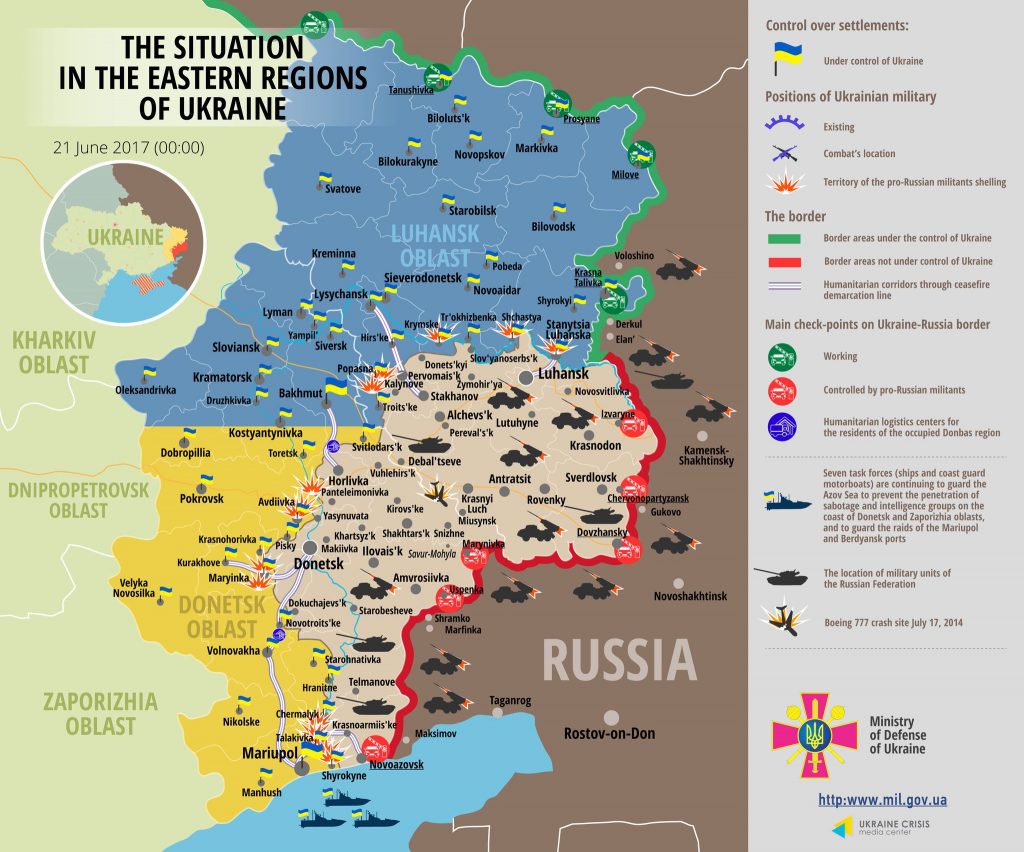 Krymske was the hot spot in Luhansk sector. In the evening militants attacked twice using 152-mm artillery. There was also one medium-intensity mortar shelling, during which they fired almost 30 rounds. Militants also mortar shelled Novozvanivka. In Stanytsia Luhanska, Schastia and Novooleksandrivka, Russian proxies carried out small arms provocations only. Overall, the enemy violated the ceasefire 12 times in Luhansk sector yesterday, using heavy weapons in four of them.

“Yesterday, two militants attacked OSCE SMM officers in occupied Yasynuvata. Militants threatened the monitors with guns, and then fired into the air and in the direction of mission’s vehicles. The monitors left the dangerous area and returned to their base in Donetsk. Obviously, this episode is a brutal violation of the Minsk agreements,” informed Col. Lysenko.

No Ukrainian serviceman was killed in action, but one was wounded yesterday.

Report on the military developments as of June 20 is available here. Interactive data on the shelling: chronology shelling chart and the interactive map.