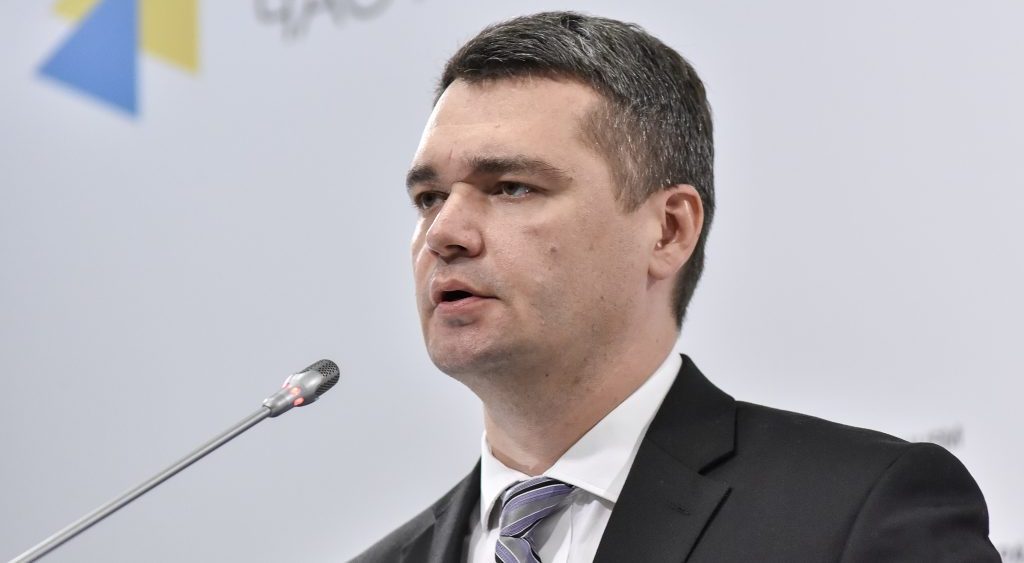 The highest number of ceasefire violations committed by Russia-backed militants was 61 on Friday, May 26 and the lowest – 48 – on Sunday, May 28.

“Compared to the week earlier, the average number of daily attacks by the enemy increased by 15% (from 47 to 55 attacks per day)”, stated Vilyen Pidgornyy, Ministry of Defense spokesperson at a press briefing at Ukraine Crisis Media Center. Last week, situation at the frontline remained tense: Russian proxies continued actively violating cease-fire regime, especially in the Donetsk and Mariupol sectors. In particular, so-called “DPR” military command continued its attempts of destroying Ukrainian weapons and military equipment in military disengagement areas in the Ukrainian rear. One of such instances happened on May 25, when militants opened indirect fire with 152-mm artillery at positions of Ukrainian Armed Forces (the 30th Mechanized Brigade) near Volnovakha which is over 10 kilometers to the west of the front line.

Ukrainian military noted a distinctive decrease of militants` activity in the Luhansk sector, which was due to the ban on unauthorized opening of fire imposed by higher militants` command of the so-called “LPR”. “This prohibition was introduced right before the Contact Group meeting in Minsk on May 24”, Mr. Pidgornyy added.

New groups of Russians mercenaries and regular servicemen arrived to the occupied territory in eastern Ukraine from Maikop, Adygea in Northern Caucasus region. These are 18-25-year-old men in camouflage uniform with chevrons of 291st Artillery Brigade of the Russian Army. These invaders will be include in so-called “artillery brigade” of Russian occupational forces in Donbas. “It has been already confirmed that particularly this unit regularly shells Ukrainian military positions, towns and villages violating Minsk agreements”, stated Vilyen Pidgornyy.

During the week, militants used predominantly small arms. Several times, they opened mortar fire of low intensity. However, on Saturday the situation was aggravated as Russia-equipped militants initiated an artillery barrage at Troitske. On Sunday, invaders opened mortar fire at Krymske, having discharged 40 mortar rounds. Last week, the daily number of cease-fire violations by the enemy ranged between 2 (on May 25) and 11 (on May 23).

The situation in the sector over the week was the tensest compared to other sectors. “On average, Pro-Russian militants opened fire with heavy weapons up to 10 times every day. Enemy fire was the most intense in the area of Avdiivka. Nevertheless, Russian proxies occasionally used heavy weapons in other part of the front line”, Mr. Pidgornyy said.  On May 22, militants have been firing at Avdiivka for more than 5 hours. Russian proxies discharged nearly 110 rounds. Last week, militants used portable rocket launcher Grad-Partizan multiple times. Also, there were two incidents of Grad shelling – on May 22 against Opytne and on May 23 against Avdiivka. On May 24 and 25 militants initiated multiple medium intensity mortar and artillery attacks. On May 26, Russia-trained militants opened fire with 152 mm artillery at Novobakhmutivka, having discharged 45 shells. Last week, the daily number of cease-fire violations by the enemy ranged between 13 (May 23) and 26 (on May 26)

Last week, hostilities traditionally occurred in Maryinka and Volnovakha districts as well as at the southern coastal defense lines. Invaders frequently used artillery and mortars. On May 22 and 26, militants initiated mortar barrages at Pavlopil, having discharged 20-30 rounds each time. Another two powerful mortar attacks were launched by the enemy at Maryinka on May 24 and Novotroitske on May 25. That day, Russian proxies opened artillery fire against our rear area near Volnovakha, which is located at least 10 km from the contact line. During the incident, militants fired 40 shells of 152 mm caliber. On May 28, Russian-occupational forces committed another war crime. At about 6:30 am militants opened complex fire with mortars, tanks and other armored vehicles as well as portable rocket launcher Grad-Partizan against residential areas of Krasnohorivka. The shelling lasted an 1.5 hours. In the evening, militants used mortar once more. “As a result of enemy fire, 29 buildings, including a hospital, a school and water supply infrastructure, were damaged. Eight civilians were injured. At the moment, the law enforcers are helping civilians. The water supply of the town has been restored”, MoD spokesperson said. Last week, the daily number of cease-fire violations by the enemy ranged between 20 (on May 28) and 34 (on May 26).

The intensity of enemy air reconnaissance increased and accounted for 5-6 episodes of hostile drones flights per day registered in the area of the contact line. On May 27 and 28 enemy UAVs illegally crossed Russia-Ukraine border and did long flights along the route over the occupied territories: Stepanivka village that is at the very border line, Vuhlehirsk, Horlivka, Krynychna, Donetsk, Marianivka, Luhanske, Donetsk (for the second time), Dokuchavsk, Styla, Lisne, Zaporozhets, Chervonoarmiyske, Prymorske, Zaporozhets (for the second time), Staroslav and Shyroke. “After that, they flew back to Russia over the Ukraine-Russia border. Flight of both UAVs were performed on the altitude of 2,500 m at the speed of 180 km/h”, Mr. Vilyen Pidgornyy added.

Ukrainian Armed Forces did not incur any fatalities last week. 29 Ukrainian servicemen were wounded in action.

Ukrainian authorities arranged for access and safe passage of 16 trucks with humanitarian aid for civilians living in the occupied territory of eastern Ukraine. More than 190 tons of medicine and food were provided by the International Committee of the Red Cross and UN High Commissioner for Refugees Representative in Ukraine.