The situation in the south remains unchanged. Militants attacked about 10 Ukrainian strongholds employing snipers, armor and mortars. The largest number of attacks occurred in Chermalyk and Vodiane. “Moreover, militants violated the ceasefire once in Berezove,” added Col. Motuzyanyk. 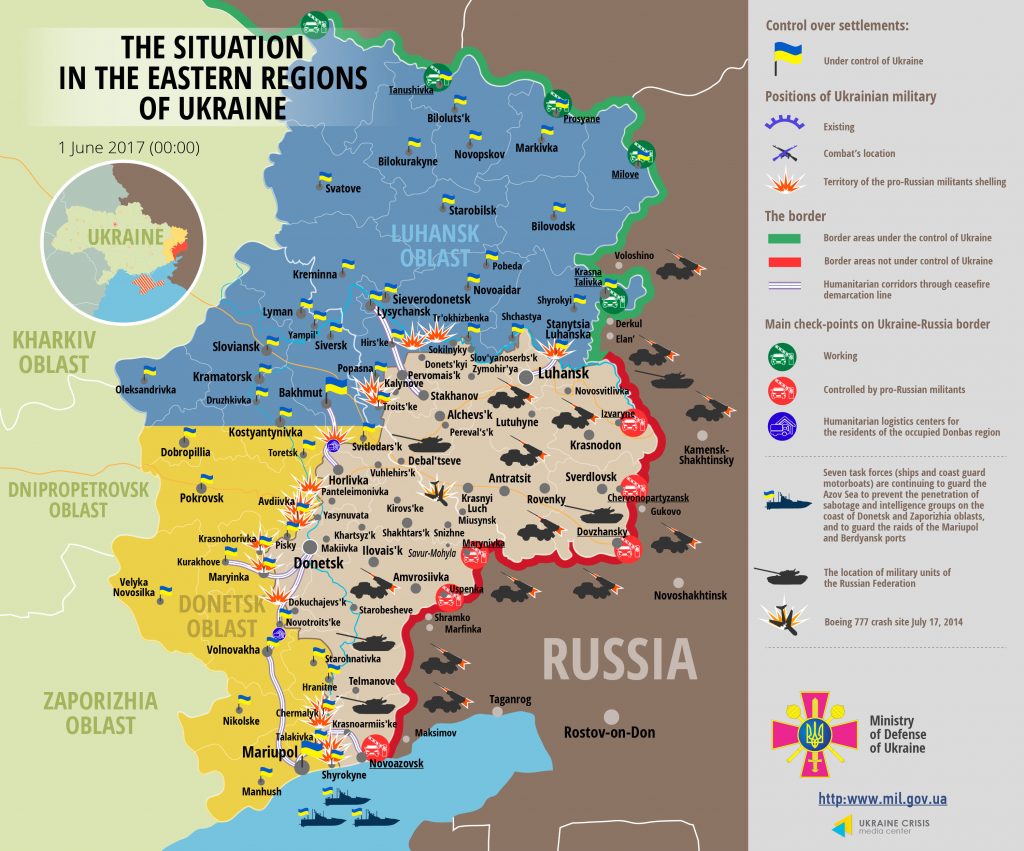 In Luhansk sector, Russian proxies conducted three attacks near Donets railway station – in the morning, during the day and in the evening, using various types of weapons. The third attack was the most intense and lasted around two hours. “Russia-backed militants conducted a synchronized attack on two Ukrainian positions near Krymske in the evening. In Novotoshkivske the enemy employed snipers and mortars, firing 12 rounds,” said the spokesman. Militants also conducted a 20-minute attack with automatic grenade launcher near Novozvanivka.

No Ukrainian serviceman was killed in action yesterday, but two troops were wounded. “Grievously, a soldier of Ukrainian Armed Forces died in Dnipro hospital today of severe head injuries sustained near Avdiivka May 13,” informed Col. Motuzyanyk.

Report on the military developments as of May 31 is available here. Interactive data on the shelling: chronology shelling chart and the interactive map.