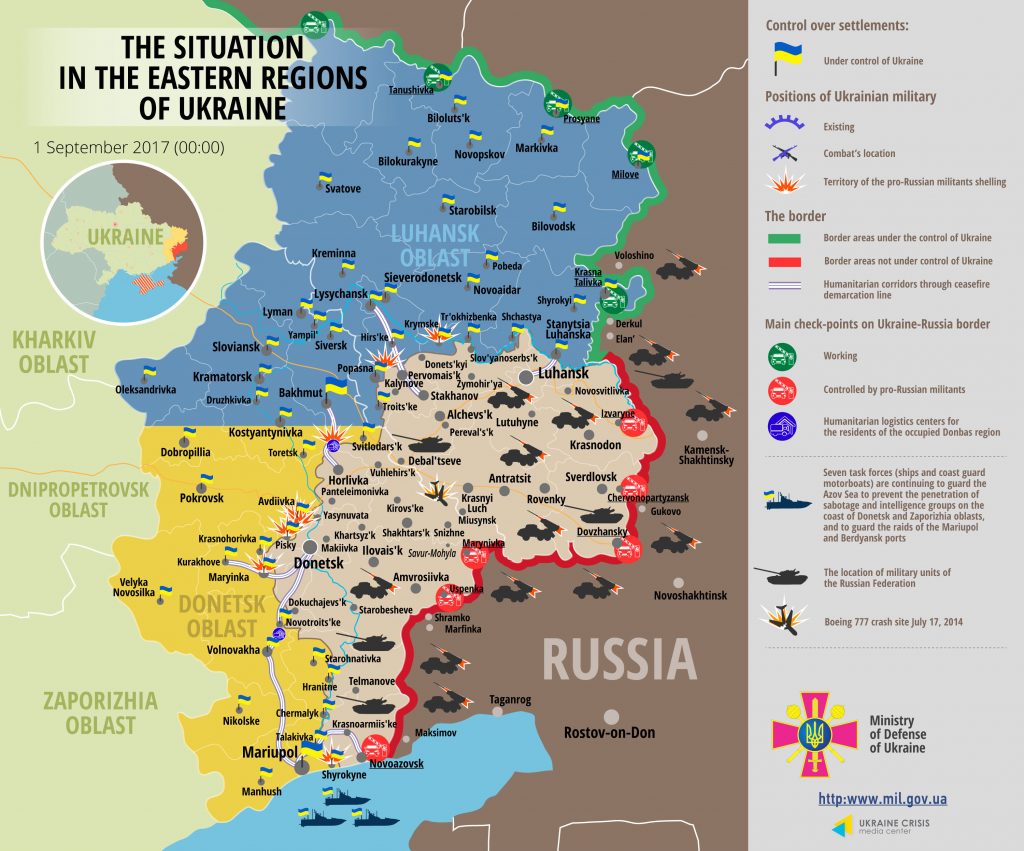 In Donetsk sector, hostile attacks’ intensity was quite high, but no heavy weapons were used. Militants conducted three armed provocations at Shakhta Butovka position at night. Hostilities resumed at 11:00 in Zaitseve and Shakhta Butovka -Avdiivka frontline and continued with recesses till the end of the day. In total, 18 hostile provocations took place in Donetsk sector yesterday.

No Ukrainian troops were killed or wounded in action yesterday.

Report on the military developments as of August 31 is available here. Interactive data on the shelling: chronology shelling chart and the interactive map.