In Donetsk sector militants mostly violated the ceasefire at night. “Five hostile attacks were recorded in Zaitseve, six in Avdiivka, and one in Shakhta Butovka position.  The enemy used no heavy weapons. Ukrainian troops responded with fire several times at the beginning of the day,” said Ukrainian Ministry of Defense spokesman on ATO Colonel Oleksandr Motuzyanyk at a press briefing at Ukraine Crisis Media Center. 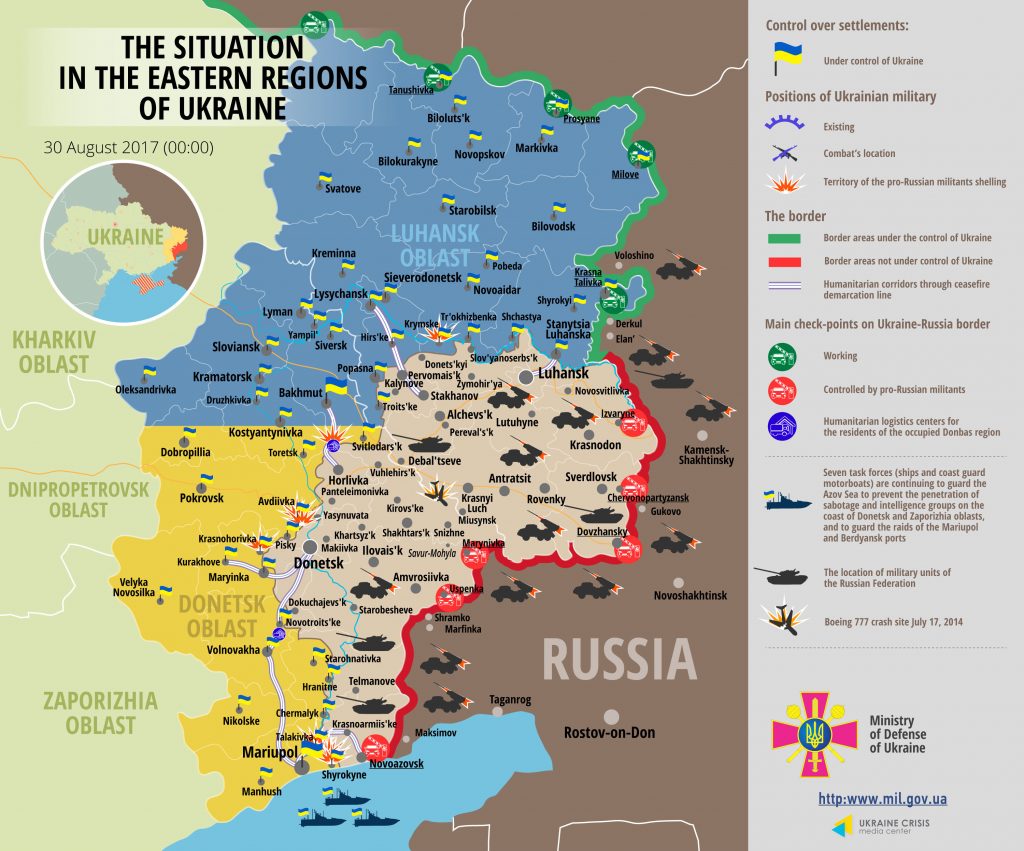 In Mariupol sector, Russia-backed militants were actively violating the ceasefire between 13:00 and 23:00. “The hostilities mostly took place in the south, namely in Vodiane – Shyrokyne frontline, and in Krasnohorivka,” said the spokesman. Militants used only small arms. In total, seven hostile attacks were recorded in Mariupol sector.

Two militants’ attacks took place near Krymske in Luhansk sector.  “Each attack continued for about one hour. Hostilities took place between 10:00 and 16:00. The ceasefire held for the rest of the day. In both cases, Ukrainian troops returned fire,” said Col. Motuzyanyk.

Report on the military developments as of August 29 is available here. Interactive data on the shelling: chronology shelling chart and the interactive map.