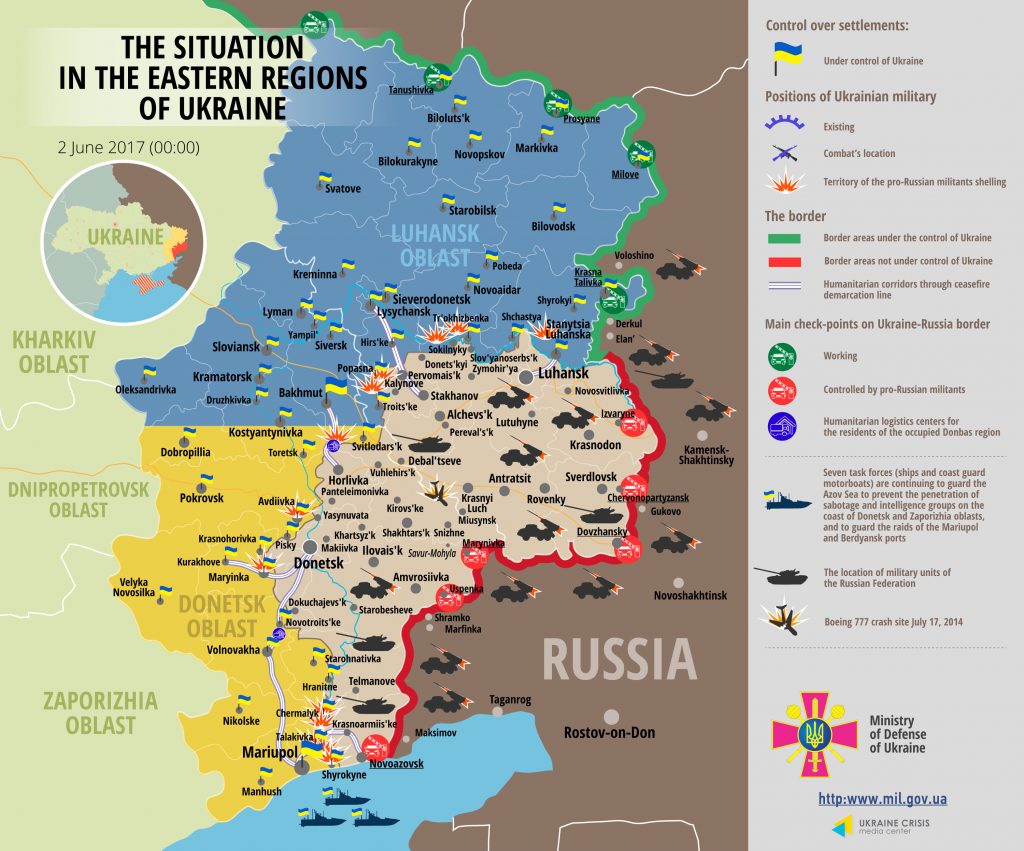 Col. Lysenko confirmed the information about 93th brigade coming into new positions. Nevertheless, he emphasized that relocation does not violate the Minsk agreements. “Considering the fact of permanent attacks at areas where Ukrainian troops locate, including observation points and strongholds, command of brigades deployed near the contact line regularly takes decisions to move observation points and strongholds. It is done to secure the troops’ lives and improve the position in terms of engineering arrangements, as the enemy adjusts fire from time to time. […] I do emphasize that no active offense or contact line crossing takes place. Ukraine is strictly observing the Minsk agreements,” said the spokesman.

Report on the military developments as of June 1 is available here. Interactive data on the shelling: chronology shelling chart and the interactive map.