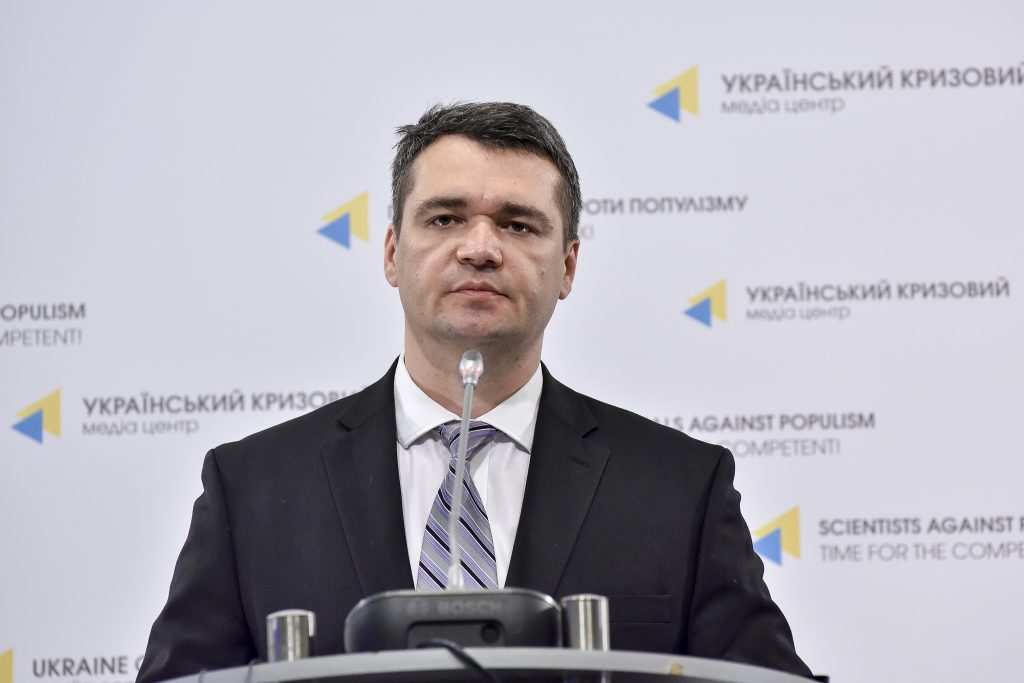 The number of enemy attacks ranged between 60 on Sunday, June 4, at the highest point and 28 on Thursday, June 1, at the lowest.

Last week was marked with hostilities of low and medium intensity all across the frontline. “We are registering a 15 per cent decrease in the average number of enemy attacks (from 54 to 46 attacks per day) as well as a 24 percent decrease of high-caliber weapons use (from 21 to 16 attacks per day) compared to a week earlier”, stated Vilyen Pidgornyy, Ministry of Defense spokesperson during a press briefing at Ukraine Crisis Media Center.

Another attempt of cease-fire regime along the frontline in the eastern Ukraine was introduced on June 1 following diplomatic talks in Minsk, Belarus. However, the lower intensity of enemy shellings due to introduced armistice did not last longer than a day and sharply increased already the following day.

According to the Ukrainian military intelligence, it is possible that militants` necessity for introduction of a short-time cease-fire regime was stipulated by their need to replenish ammunition and stock up necessary ammo reserves at their military depots.

Last week militants used artillery half as often as a week earlier, mortars – 65 times in comparison to 104 times a week earlier and did not use rocket artillery at all, as opposed to seven launches of MLRS during the preceding week. “At the same time, the total number of enemy sniper fire last week increased to 25 episodes; a week earlier, this number amounted to 15 incidents. It should be emphasized that snipers were most active in the Mariupol sector last week”, MoD spokesperson said.

Over the week, the situation in the sector was rather stable. Militants predominantly used small arms as well as mortars up to 2 times per day on average. However, on Sunday the situation got worse as militants opened mortar fire 12 times at positions of Ukrainian defenders near Krymske and in Popasna district having discharged nearly 100 rounds. Last week, the daily amount of cease-fire violations in the sector ranged between 6 (on May 30) and 20 (on June 4).

Russia-equipped militants provoked Ukrainian defenders with fire across the front line of the sector, but the most intense fire was near Avdiivka. On May 29 Russian proxies opened mortar fire at Avdiivka, Pisky, Verkhniotoretske, Zaitseve and Luhanske. The number of rounds, discharged against positions of Ukrainian Armed Forces that day, reached 90. On May 30, Russia-backed militants once again opened complex fire against Avdiivka, having fired 35 mortar rounds. On June 2, militants initiated mortar attacks of medium intensity against Avdiivka and adjacent positions as well as at Pisky. “The daily amount of cease-fire violations ranged between 2 (on June 1) and 15 (on May 29)”, Mr. Pidgornyy added.

Last week, Mariupol sector remained the epicenter of most intense combat activity compared to other sectors. Militants used mortars multiple times per day. In addition, enemy opened artillery fire several times over the week. On May 29, Russian proxies opened fire with 122 and 152 mm artillery at Krasnohorivka. The same day, enemy used mortars and artillery against Novotroitske. On May 30, militants opened artillery fire at Novotroitske and against the rear area near Volnovakha, which is located more than 10 km from the front line. On June 1, sniper groups of the militants actively engaged positions of Ukrainian defenders. That day, a total of 9 incidents of enemy sniper fire were registered in the sector. On June 2 and 3, Russia-equipped militants opened mortar fire more than 10 times. Last week, the amount of cease-fire violations in the sector ranged between 15 (on May 31) and 36 (on June 3).

Last week 5 Ukrainian servicemen were killed in action and 23 troops were wounded in action.

Four civilian men and 3 women were injured last week by the enemy fire. These incidents happened in Verkhniotoretske and Avdiivka, Donetsk sector, and Krasnohorivka and Maryinka, Mariupol sector. Six private homes and 2 non-residential buildings were damaged during enemy shellings. “One of them was a summer camp that was fully ready to welcome children on summer holidays”, Vilyen Pidgornyy emphasized.

Ukrainian authorities arranged for access and safe passage of 56 trucks with humanitarian aid for civilians living in the occupied territory of eastern Ukraine. More than 1,000 tons of medicine, hygiene products, construction materials, food, and Ammonium sulfate that is used for water purification, were provided by the International Committee of the Red Cross, Embassy of Switzerland in Ukraine and a charity fund.