Six troops of the Ukrainian Armed Forces and eight troops of the State Border Guard Service were wounded in ATO zone yesterday, one serviceman was killed, reported Ukrainian Ministry of Defense spokesman on ATO Colonel Andriy Lysenko at a press briefing at Ukraine Crisis Media Center. “The outskirts of Sartana came under the hostile 122-mm artillery fire. Militants’ projectiles exploded in residential area not far from the garrison headquarters of the State Border Guard Service, damaging the building, vehicles and other property,” said Col. Lysenko. Moreover, the shelling damaged a building and equipment of a local farming enterprise, gas pipeline and gas distribution point, causing fire. Thankfully, there were no casualties among local civilians. 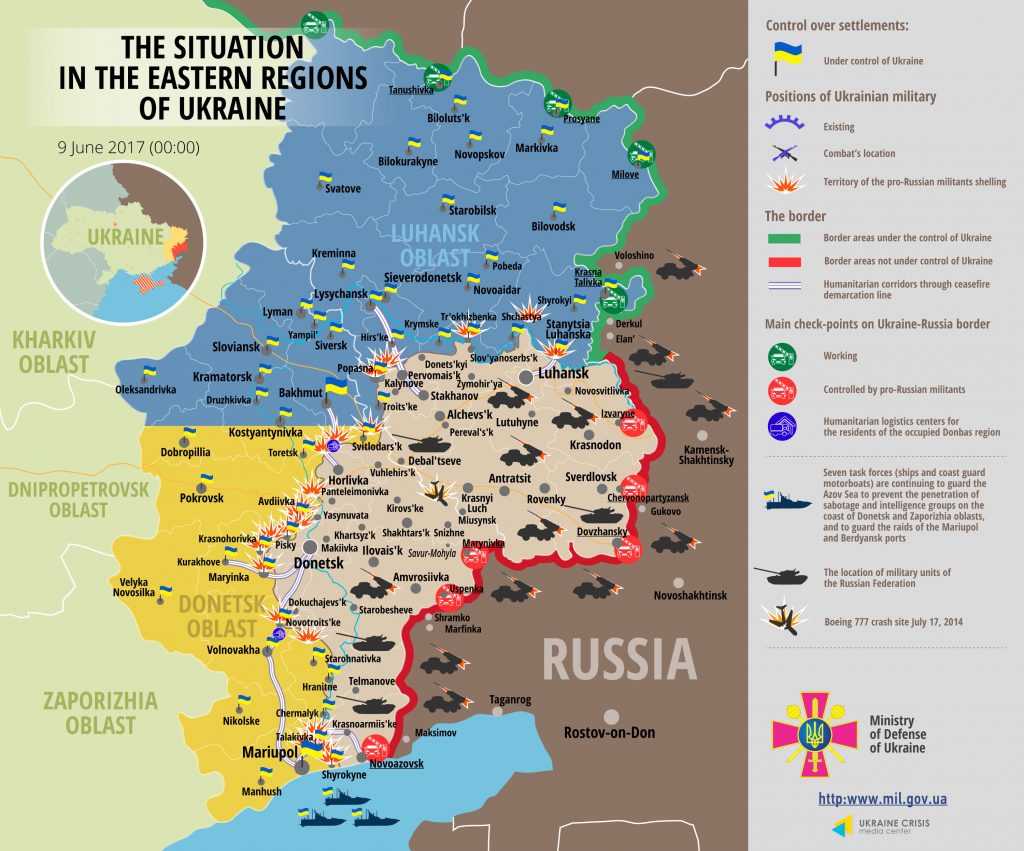 In Maryinka and Krasnohorivka militants used mortars three times and fired from light weapons. They also used mortars in Vodiane and Shyrokyne. Each attack continued for 20 minutes. “A 49-year-old civilian woman sustained a fragmentation wound to a leg in a hostile shelling of Maryinka around midday. The woman was taken to the hospital in Kurakhove,” informed the spokesman.

In Donetsk sector main hostilities continue around Avdiivka. Militants repeatedly used mortars and tanks, mostly during the hours of darkness or a nightfall. Ukrainian troops responded with fire several times. A 15-year-old civilian sustained fragmentation wounds in militants’ evening shelling of Kamianets. The teenager was urgently taken to the hospital in Pokrovsk. The situation was restless in Zaitseve and Verkhiotoretske, as well as in Donetsk airport. Militants violated the ceasefire in Svitlodarsk area only once. In total, they attacked 19 times in this sector, eight incidents involved heavy weapons.

Ukrainian JCCC is negotiating with militants on repair of the damaged gas main. “Gas supply to Avdiivka stopped on the evening of June 7 as a result of Makiivka-Adviivka section of the gas main being damaged in a shelling,” added the spokesman.

Report on the military developments as of June 8 is available here. Interactive data on the shelling: chronology shelling chart and the interactive map.