At 01.40 Russia-backed troops started shelling Grafske, located more than 14 km away from the contact line, with 152-mm artillery. “Militants fired 60 rounds in less than two hours. After 03:00 they used barrel artillery to shell the neighboring Olhynka located six kilometers away from the contact line,” said Colonel Oleksandr Motuzyanyk, Ukrainian Ministry of Defense spokesperson on ATO at a press-briefing at Ukraine Crisis Media Center. In Olhynka the shelling damaged all 12 houses on Tsentralna street. In Grafske militants’ artillery shells exploded near the dormitory of the local college. 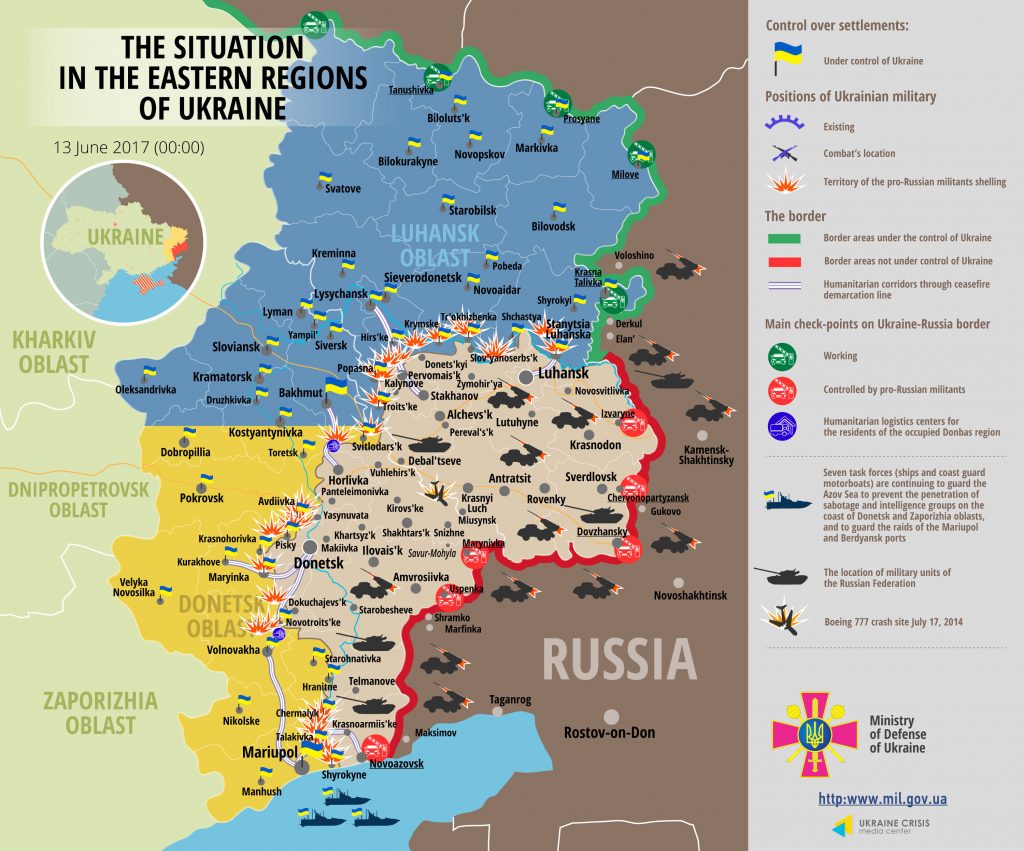 In Chermalyk-Shyrokyne frontline militants were firing light weapons both during the day and at night, and used mortars in armed provocations at Chermalyk and Pavlopil. “At about 22:00 militant groups shelled Maryinka’s residential areas with IFV’s mounted weapons and grenade launchers. As a result of the shelling one of the houses was set on fire. Luckily there were no civilian casualties,” said spokesperson. Militants made a total of 27 attacks in Mariupol sector, using heavy weapons in six of them.

In Luhansk sector intensity of militants’ attacks decreased, although they were performing harassing small arms and mortar fire almost along the entire frontline. At night, they conducted three armed provocations in Malynove, Lobacheve and Zhovte. After midday militants mortar shelled the Ukrainian positions in Triokhizbenka, Kriakivka, Novotoshkivske, Katerynivka and Novooleksandrivka. In most cases militants fired up to 10 rounds. “Luhansk sector accounts for 18 enemy attacks over the last day, eight of these involved mortars,” added Colonel Motuzyanyk.

One Ukrainian serviceman was killed and five were wounded in action.

Report on the military developments as of June 12 is available here. Interactive data on the shelling: chronology shelling chart and the interactive map.