No Ukrainian serviceman was killed in action yesterday, but six were wounded. “We incurred these losses in Russia-backed militants’ attacks in Donetsk sector,” said Col. Andriy Lysenko, Ukrainian Ministry of Defense spokesperson on ATO, at a press briefing at Ukraine Crisis Media Center. In total, militants conducted 11, 15 and 21 shellings in Donetsk, Luhansk and Mariupol sectors respectively. 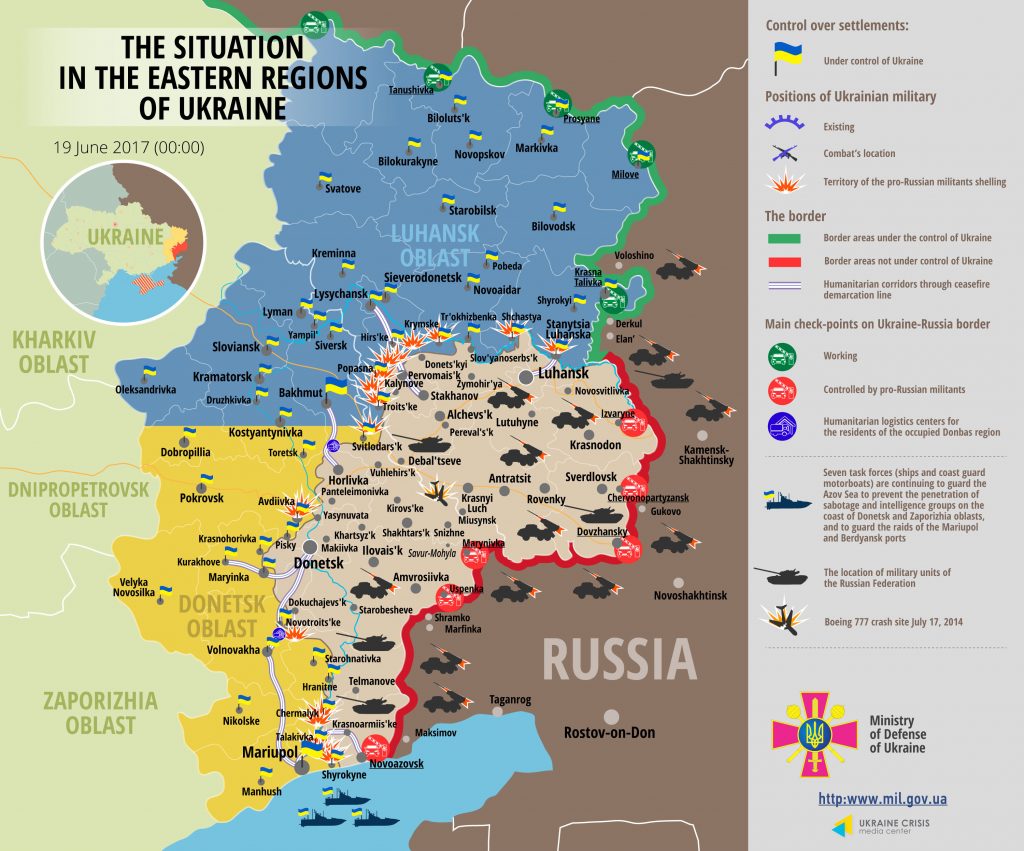 In Donetsk sector, militants violated ceasefire near Luhanske and in Kamianka–Avdiivka frontline repeatedly using mortars. “The enemy was active mostly in the daytime. However, the intensity of attacks somewhat increased in the evening, Ukrainian troops were forced to fire in response,” noted Col. Lysenko.

In Luhansk sector, the main hostilities took place in Krymske-Troitske frontline. Militants used mortars seven times, firing more than 40 rounds in the afternoon, mostly after sunset. In Stanytsia Luhanska and Schastia, as well as in Novoaidar and Popasna districts, militants used light weapons, almost always in the nighttime.

In Mariupol sector, Russian proxies were active in Chermalyk – Shyrokyne frontline. They fired more than 20 mortar rounds at Ukrainian positions, mostly in Shyrokyne. “The Ukrainian troops repeatedly opened fire in response. Militants attacked each of our strongholds, but the greatest number of attacks, as always, was recorded in Vodiane and Shyrokyne. In addition, the enemy used mortars in Mykolaivka (Volnovakha district),” informed the spokesman.

Report on the military developments as of June 18 is available here. Interactive data on the shelling: chronology shelling chart and the interactive map.