“The enemy did not use heavy weapons in Donetsk sector yesterday for the first time in long months of confrontation,” said Col. Oleksandr Motuzyanyk, Ukrainian Ministry of Defense spokesman on ATO, at a press briefing at Ukraine Crisis Media Center. 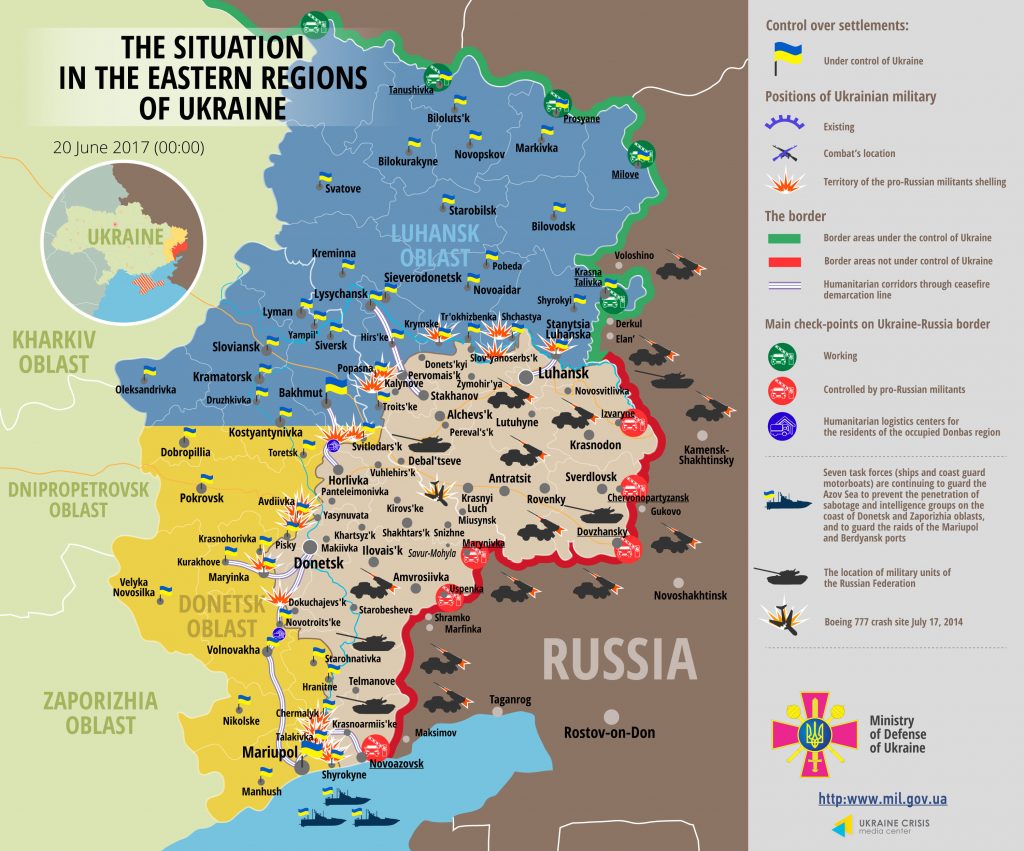 Militants violated the ceasefire nine times in Donetsk sector, using mostly small arms, and rarely grenade launchers. The enemy was the most active near Avdiivka. Russian proxies attacked once in Novoluhanske and once in Zaitseve yesterday. “The enemy sniper was spotted at Novoluhanske, in particular,” added Col. Motuzyanyk.

“In Luhansk sector, the hottest spot has been Krymske recently. Russia-backed troops fired over 60 mortar rounds at Ukrainian positions there, mostly in the daytime,” said Col. Motuzyanyk. Militants violated the ceasefire multiple times using small arms in Popasna district, near Shchastia, and in Stanytsia Luhanska. A total of 15 ceasefire violations were recorded in Luhansk sector yesterday, four of them involved mortars.

In Mariupol sector, Russian proxies attacked 19 times, using heavy weapons only once in a brief mortar attack at Pavlopil. The Pavlopil-Shyrokyne frontline remained a usual hotspot. Militants also conducted armed provocations in Maryinka and near Dokuchaievsk.

According to intelligence reports, last week (June 12-18) the confirmed losses of the enemy were 16 KIA and 39 WIA.

No Ukrainian serviceman was killed in action yesterday, but four were wounded.

Report on the military developments as of June 19 is available here. Interactive data on the shelling: chronology shelling chart and the interactive map.