“No Ukrainian serviceman was killed in action yesterday, but two troops were wounded. One Ukrainian soldier sustained severe wounds tripping an explosive device near Luhanske. He died in hospital,” informed Ukrainian Ministry of Defense spokesman on ATO Colonel Andriy Lysenko at a press briefing at Ukraine Crisis Media Center. 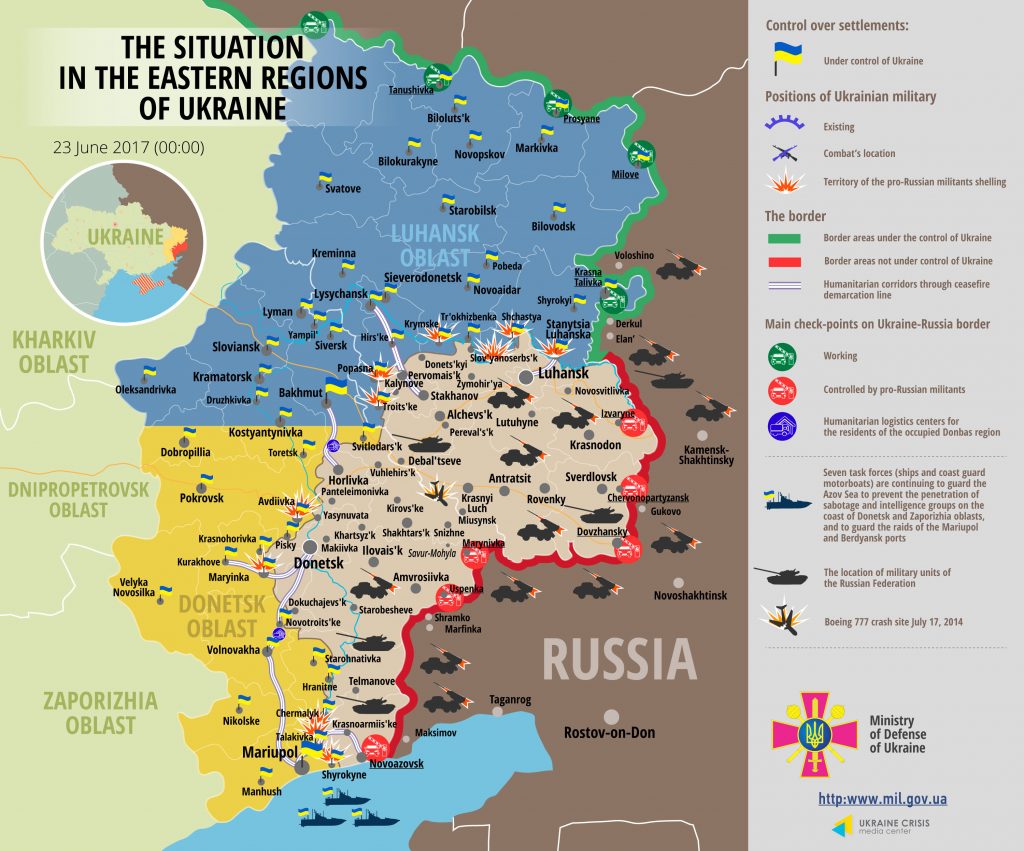 Avdiivka and its northern outskirts near Kamianka were the only combat area in Donetsk sector. “Russian proxies shelled Avdiivka with mortars firing 15 rounds. Another attack involving grenade launchers and machine guns took place in Avdiivka after the sunset. Militants were attacking Kamianka for more than five hours with the entire range of light weapons, including armor. In total, militants attacked five times in Donetsk sector,” said the spokesman.

In Mariupol sector hostilities took place in Maryinka district and Pavlopil-Shyrokyne frontline. “In Maryinka militants started shelling Ukrainian positions around 20:00 and stopped after two hours, firing hundreds of small arms rounds, dozens of grenade launchers’ rounds and up to five mortar rounds. One of the latter hit a roof of a building. A woman who was inside at the moment sustained fragmentation wounds. She was urgently taken to a hospital,” said Col. Lysenko. Russian proxies used 120-mm mortars during the day and late at night in Shyrokyne. They also fired a single mortar shell near Pavlopil. In total, there were 13 hostile attacks in Mariupol sector.

Report on the military developments as of June 22 is available here. Interactive data on the shelling: chronology shelling chart and the interactive map.