Situation in the ATO zone remains restless.  Two Ukrainian troops were killed as a result of tripping of a mine, and three sustained injuries. “Regardless of the recent agreements on maintaining the ceasefire from June 24 for the period of active farm operations, militants continue actively using heavy weaponry to shell Ukrainian troops’ positions,” informed Ukrainian Ministry of Defense spokesman on ATO related issues Colonel Andriy Lysenko at a press briefing at Ukraine Crisis Media Center. 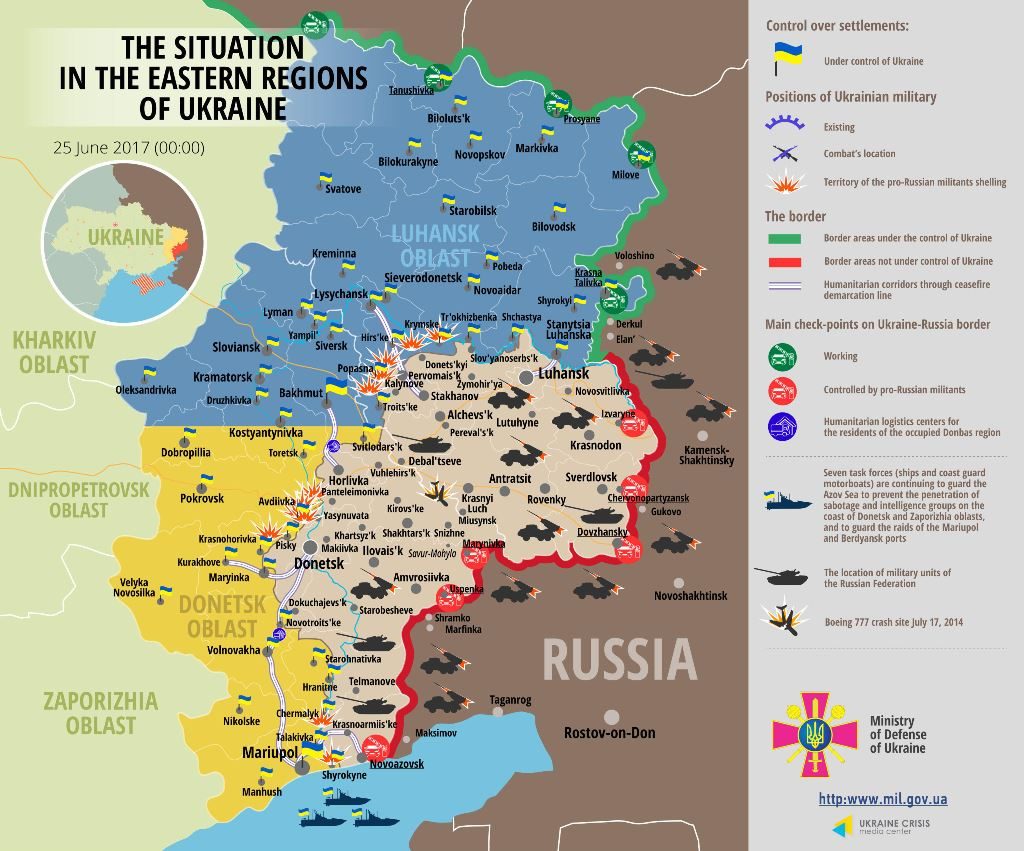 In Donetsk sector Kamianka-Avdiivka-Shakhta Butovka frontline was the epicenter of combat. Militants opened fire six times from machine guns and grenade launchers there. “The enemy used 82-mm and 120-mm mortars and various grenade launchers in one of the attacks at Kamianka. Another attack with grenade launchers occurred in Verkhniotoretske, and hostile sniper groups were shooting at Nevelske,” said Col. Lysenko. The ceasefire held in the vicinity of Svitlodarsk area yesterday.

Report on the military developments as of June 24 is available here. Interactive data on the shelling: chronology shelling chart and the interactive map.