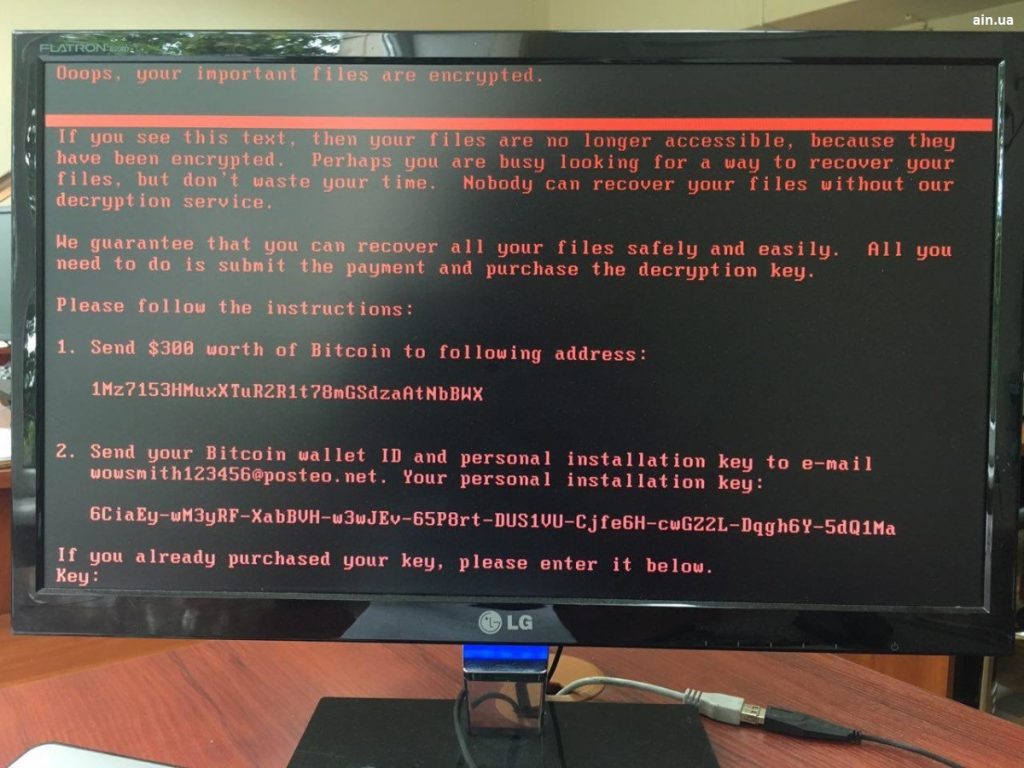 An unknown ransomware virus, similar to WannaCry, has attacked Ukrainian banks. The National Bank of Ukraine called it the biggest “hacker” attack.

A number of Ukrainian state and private-owned companies and banks reported on Tuesday that they had become subject to a hacker attack. Among them are the Kyiv Metro, Oshchadbank, Nova Poshta, as well as Kyivenergo and Ukrenergo. The virus demands $300 in bitcoins. Capital’s Metropolitan reported that due to the attack, the option of bank cards payment for travel was blocked.

“Nova Poshta” reports the “massive attack by the Petya.A virus” on the information systems and the contact center of the company in Kyiv.  This “temporary disabled the customer service” of the company.

Ukrenergo and Kyivenergo made similar announcements. Cyberpolice confirmed that the virus affected computer networks of the editorial board.

The press service of “Ukrtelecom” confirmed that the attack took place, and that it was a blackmail encryption virus. “At the moment our IT-employees together with Microsoft employees are working on elimination of the consequences of the attack”, – reported the company.