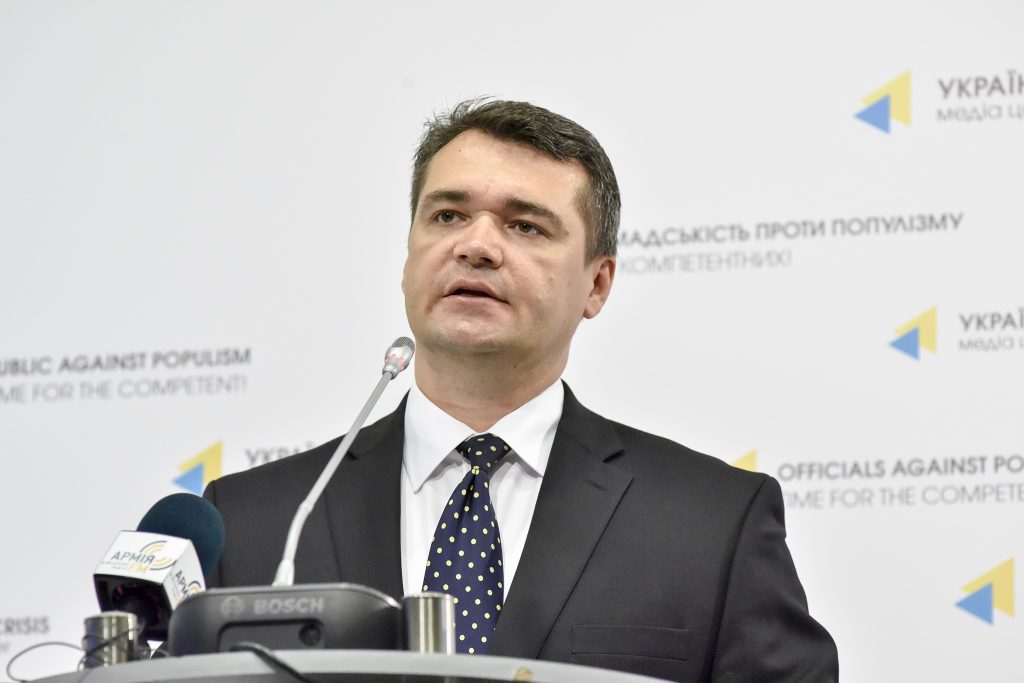 Over the last week, the number of ceasefire violations committed by Russia-backed militants ranged between 18 on Monday, June 26, and 35 on Wednesday and Friday, June 28 and 30 respectively, reported Vilyen Pidgornyy, Ministry of Defense of Ukraine spokesperson, at a press briefing at Ukraine Crisis Media Center.

The daily number of cease-fire violations in Luhansk sector ranged between 1 (on June 30) and 16 (on June 27). On June 28, the situation in the sector was the tensest with Krymske being the hotspot. A total number of mortar bombs fired against Krymske exceeded 140.

The daily number of cease-fire violations in Donetsk sector ranged between 7 (on June 26, 27, July 2) and 17 (on June 30). “The most intense combat action was registered near Avdiivka and adjacent area. On June 26 and 28, enemy mortar operators engaged positions of Ukrainian Army in Avdiivka and Kamianka. On June 29, Russian proxies opened tank and artillery fire and increased the intensity of mortar fire. The number of bombs and shells fired against Ukrainian positions reached 150”, elaborated the spokesman. On Saturday and Sunday, militants engaged Ukrainian Army predominantly with small arms.

In Mariupol sector, the daily number of cease-fire violations ranged between 2 (on June 26) and 17 (on June 30). The most intense combat action was registered on July 1, when Russia-backed militants initiated a powerful two-hour mortar attack at Vodiane, having fired nearly 65 bombs.

Last week, Ukrainian troops registered 13 episodes of hostile drones conducting aerial reconnaissance in the ATO area. Moreover, Russian forces continued scouting activities in territories adjacent to the occupied Crimea. “On June 30, Ukrainian troops detained 2 Russian border guards in Kherson region in close proximity to the administrative border line with the Crimean territory. Both detainees are Russian citizen serving in Russian occupational contingent in the Crimean peninsula. According to their allegations, they “had lost their way during military exercises”, reported Vilyen Podgornyy. Currently, they are kept under arrest at the detention facility in the territory of Ukraine.

12 private homes and 2 non-residential buildings were damaged by militants’ shelling in Maryinka district, Mariupol sector. “On July 1, the enemy damaged power line close to Avdiivka. This resulted in a shutdown of Donetsk filtering station close to Avdiivka. More than 20,000 people suffered the shortage of water. According to the data of the State Emergency Service of Ukraine, Donetsk filtering station will resume its operations today, July 3”, added the spokesman.

Last week, Ukrainian authorities arranged for access and safe passage through government checkpoints on the contact line of 36 trucks carrying humanitarian aid for civilians living in the uncontrolled territory of eastern Ukraine. The aid was donated by the International Committee of the Red Cross, UN High Commissioner for Refugees and a charity fund to those in need.

According to the Ukrainian military intelligence, a crucial command shakeup took place within the ranks of Russia-backed militants. The commander of the enemy so-called 9th Regiment, nom de guerre Sybir, was dismissed and sent back to Russia. Lieutenant Colonel Nickolay Shchedrin aka Nauka was appointed as an interim commander. “This reshuffle, apparently, was caused by a scandal within the regiment related to the use of physical force by the former commander against his subordinate”, Podgornyy noted.

Over the reported period, no supplies of either fuel or ammunition from Russia into temporarily occupied regions of eastern Ukraine were recorded. Russian supply of fuel to militants in June was reduced by half compared to previous months.