No Ukrainian serviceman was killed or wounded in action yesterday. Moreover, militants did not use heavy weapons yesterday, reported Ukrainian Ministry of Defense spokesman on ATO Colonel Andriy Lysenko at a press briefing at Ukraine Crisis Media Center. 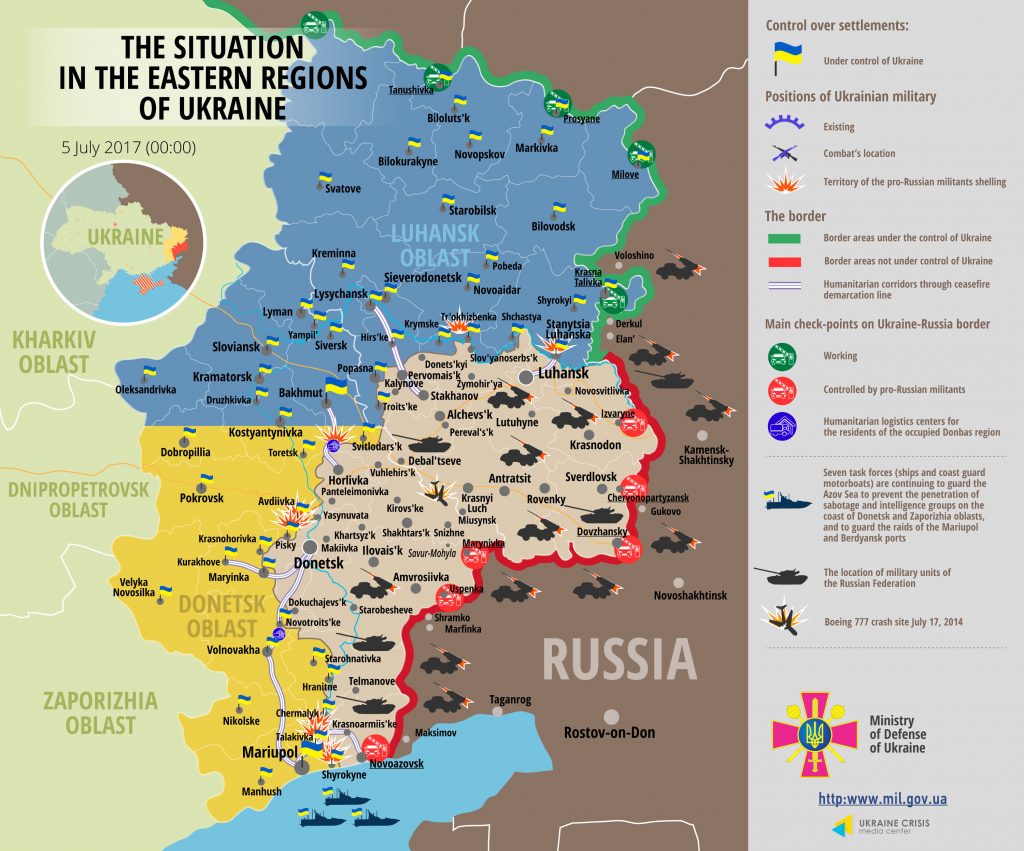 Report on the military developments as of July 4 is available here. Interactive data on the shelling: chronology shelling chart and the interactive map.