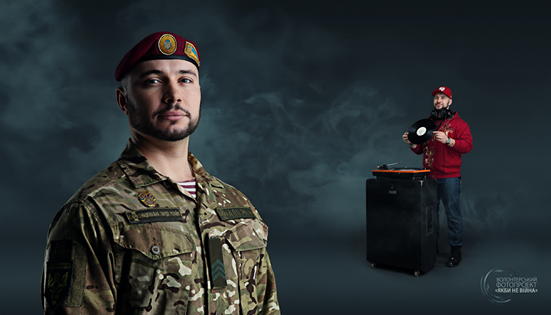 Ukrainian serviceman Vitaliy Markiv was arrested on June 30 on entry to Italy. Italian law enforcement charged Markiv with the murder of the Italian photojournalist Andrea Rocchelli. Rocchelli was killed in the combat zone near Sloviansk, in Donbas in 2014. [Details of Markiv’s arrest – in UCMC’s material]. Prosecutor’s Office of Pavia, the town where Rocchelli’s parents reside, asks to leave Markiv in detention for the entire duration of the trial. On July 4 a court hearing took place, however, this time the essential facts of the case were not considered as Markiv exercised his right to silence. According to the media, the move resulted from the change of the lawyer who would need time to study case materials. At the moment the date of the next court trial remains unknown.

TSN, being the only Ukrainian journalistic team reporting from the spot, has managed to get the pre-trial detention order that has in it all the charges of the Prosecutor’s Office. The media has got it translated into Ukrainian and published. The document contains the following information.

According to the case materials: “Having his base positions on the ‘Karachun’ hill and being guided by the criminal intent, he provoked the death of the Italian citizen Andrea Rocchelli. At first, he used against the latter (and against all those with whom the latter was making a photo reportage on the spot) numerous shots from firearms. Later, when Rocchelli hid in a small pit to save his life, he fired 20 mortar rounds upon his shelter, directing the attack with maximum precision to hit Andrea Rocchelli. Resulting from it, he and his Russian colleague Andrey Mironov were killed, while the French photojournalist William Roguelon was heavily wounded, same as two Ukraine nationals who were not identified”.

The document also emphasizes on “aggravating circumstances being extreme cruelty and the type of weapons in use to fire at a helpless person (who stepped back and tried to hide in a pit) as well as a number of shots and the weapon’s caliber”.

Who testifies against the Ukrainian

The first witness is French photographer William Roguelon who saw the attack in his own eyes and was wounded. Roguelon was accompanying Andrea Rocchelli and Andrey Mironov, the Russian dissident who was fixing for the Italian, both were killed. There are more actors in the case – they are three Italian journalists (Marcello Fauci, Ilaria Morani, Francesca Volpi), who claim that they were in touch with Markiv several times in course of their journalistic work as he was one of a few Ukrainian servicemen who speaks Italian.

What testimony the charges are based on

Among all the witnesses it was only Roguelon who was actually present on the spot when Rocchelli was killed. According to him, the fire hit the place where he together with Rocchelli and Mironov were going to photograph the train earlier destroyed by Russia-backed separatists that had been heading from Sloviansk to Kramatorsk. The photographer reassures that he heard the shots fired from the height controlled by Ukrainian troops.

The pre-trial detention order issued for Markiv says that one of the grounds for the arrest became the testimony of Italian journalists Ilaria Morani and Marcello Fauci. The document quotes Ilaria Morani’s material for Corriere della Sera that was out the next day after the incident:

[Beginning of the article excerpt]: We have reached by phone the captain of the army who at that moment was at the tower to coordinate the defense of the city. “Here it is not a joke, one should not get close: this place is strategic for us,” the captain said.

“We don’t normally shoot in the direction of the city or upon civilians, but as soon as we see movement we load heavy artillery. This is what happened to the car of the two journalists and interpreter. From here we can shoot at a distance up to one and a half kilometer. There is no precise frontline here, it’s not the Libya type of war. Combat actions are dispersed all over the city, we only wait for the green light for the final attack”. [End of the article excerpt]

According to TSN, the above testimony is not supported by audio recordings of the talk between the Italian correspondents and the Ukrainian. The prosecution forms the accusation based on journalists’ talks only.

Hromadske TV contacted Markiv’s new lawyer Raffaele Della Valle. In a phone conversation on the evening of July 5, the lawyer confirmed that the accusations against Markiv are grounded in the testimony of the two Italian journalists (Marcello Fauci, Ilaria Morani). “It is indeed too little. The events took place under the war conditions, the situation was quite complicated. It is not that simple to identify the responsible – as it was not just like when one person shot and killed another. Testimony by the Ukrainian side needs to be heard, one needs to understand which positions were held by Ukrainian troops, who was shooting and from where. A detailed investigation needs to be held. We intend to contact the Ukrainian authorities in the nearest time”. According to the lawyer, Markiv’s defense is going to cooperate, in particular, with the Ministry of Defense of Ukraine.

Discrepancies in the document

The prosecution claims that the journalists were fired upon from small arms and later with mortars. However, the effective firing range of the Kalashkinov rifle is 625 meters. The distance between the Karachun hill and the place where Rocchelli was killed exceeds 1,5 kilometers. Servicemen, numerous army supply volunteers and war correspondents are firm that there were no mortars in service with the General Kulchytsky battalion back in 2014. The heaviest weapons that the military had were antitank grenade launchers, their effective firing range is also much less than the distance in question.

According to the testimony of the Italian journalists, Markiv was a unit commander and could give orders to fire. However, according to Myroslav Gai, combat veteran and Markiv’s brother-in-arms, as of 24 May 2014 (the day of the incident) there was a total of about 30 servicemen of the General Kulchytsky battalion deployed to the Karachun hill. There was no “commander” there, five to six persons were in charge of each particular type of work. The person who used to coordinate them was not authorized to give orders to fire, and no one actually did so.