Krymske village was the hottest spot in Luhansk sector. Russia-backed militants violated the ceasefire five times there. “Over a half of attacks involved mortars and lasted for an average of about half an hour,” said Col. Oleksandr Motuzyanyk, Ministry of Defense of Ukraine spokesperson on ATO, at a press briefing at Ukraine Crisis Media Center. Two ceasefire violations were recorded in Stanytsia Luhanska and Troitske. “The latter shelling continued for almost an hour, during which the militants fired about 25 mortar rounds,” added Col. Motuzyanyk. 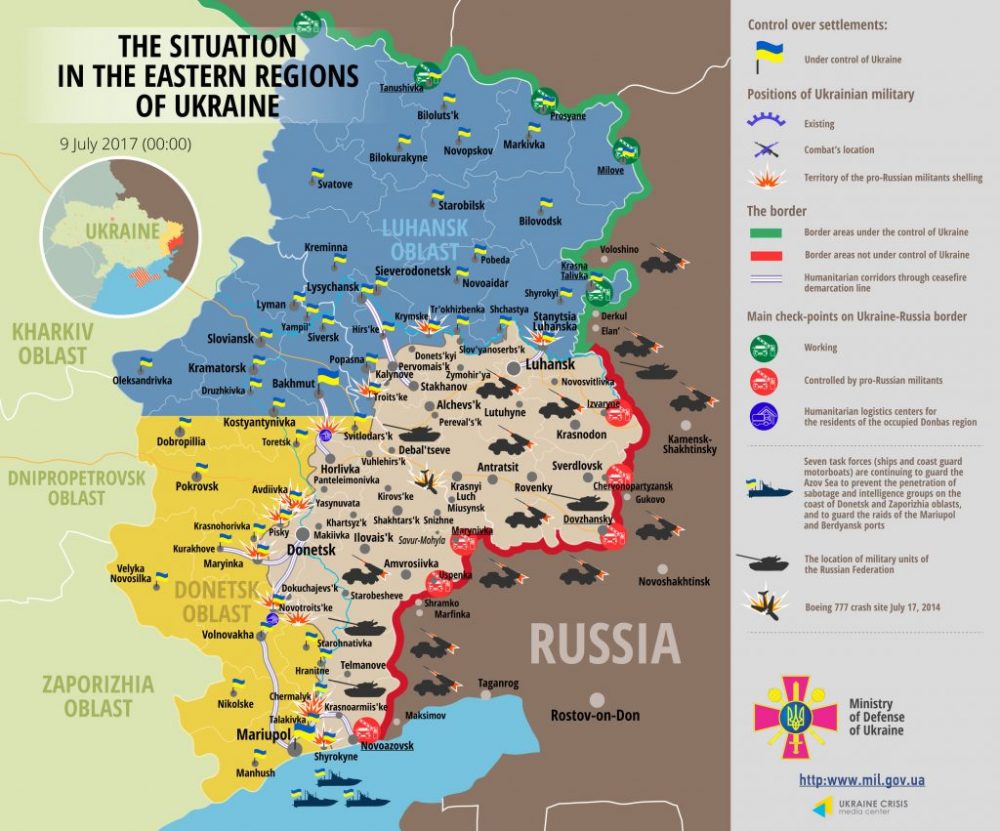 In Donetsk sector, Avdiivka area remains the hottest spot, noted Col. Motuzyanyk. Right after midnight, militants opened heavy machine gun fire for an hour there. After that, the area was peaceful until 18:00. “From then on, until the very end of the day, the enemy fired more intensely than during the first part of the day. In addition, militants used various grenade launchers and fired several mortar rounds near the industrial zone,” added the spokesperson. They also opened fire with light weapons and used armor in Pisky and Zaitseve.

“In Mariupol sector, the day began with armed provocations in Shyrokyne, where militants opened small arms fire more than five times until the late evening,” Colonel Motuzyanyk noted. The attacks lasted from 30 minutes to one hour on average. Militants repeatedly IFV’s mounted weapons. To the north, militants violated the ceasefire in Hnutove, Pavlopil, Bohdanivka, Novotroitske, and Maryinka. “ATO forces returned fire in the most outrageous attacks,” noted the spokesperson. Russian proxies fired two mortar rounds in Maryinka. This was the only case when militants used heavy weapons in Mariupol sector yesterday.

Report on the military developments as of July 8 is available here. Interactive data on the shelling: chronology shelling chart and the interactive map.