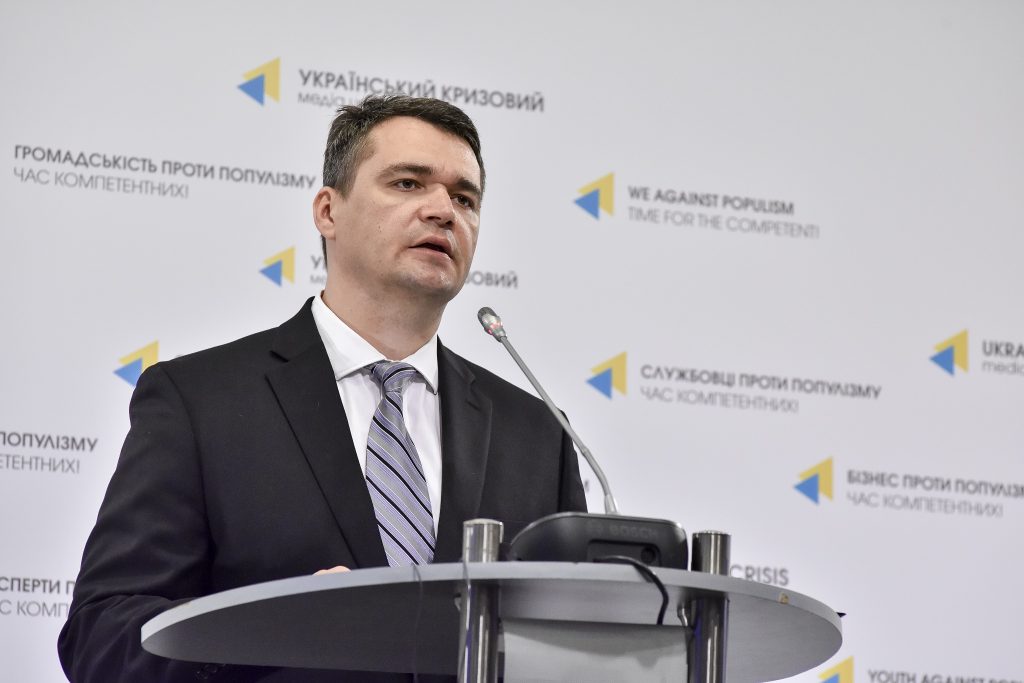 Over the last week, the number of ceasefire violations committed by Russia-backed militants fluctuated between 13 on Wednesday July 5, and 38 on Sunday July 9. “The intensity of enemy attacks started to increase by the end of the last week,” reported Vilyen Pidgornyy, Ministry of Defense of Ukraine spokesperson, at a press briefing at Ukraine Crisis Media Center.

Overall, the situation showed signs of de-escalation, the average number of attacks committed by Russia-backed militants decreased by 26% and reached 20 per day. “The number of instances of heavy weapons use by the enemy decreased significantly – from 10 to 3 instances daily – and the number of shells fired at Ukrainian positions – by six times (from 152 shells to 27)”, elaborated the spokesman.

The daily number of cease-fire violations in Luhansk sector ranged between 2 (on July 4 and 5) and 10 (on July 9). Last week, militants opened gunfire across the front line in the sector. “On July 5, Russian proxies engaged Ukrainian troops using small intensity mortar fire at Krymske. On July 6, invaders fired 15 mortar bombs at Troitske. The tensest situation was registered on Saturday, when Russian proxies shelled Troitske and Krymse with mortars. During four episodes of fire, enemy released 56 mortar bombs at positions of Ukrainian army. On July 9, pro-Russian militants delivered disturbing mortar fire at Krymske, Novotoshkivske and Novozvanivka”, reported the spokesman.

In Mariupol sector, the daily number of cease-fire violations ranged between 3 (on July 5) and 20 (on July 9). On July 3, militants opened fire with mortars, Grad-P rocket launchers and 122 mm artillery against Vodiane, having discharged more than 30 shells and missiles. On July 6, Russia-backed militants delivered mortar fire at Pavlopil and Shyrokyne. On July 7, Russian proxies opened small intensity mortar fire at Novotroitske, Vodiane and Shyrokyne.  On July 9, Russia-backed mortar operators opened indirect fire at Krasnohorivka, Novotroitske and Novomykhailivka.

According to the Ukrainian military intelligence, the total number of casualties amongst Russian proxies is 17 killed and 17 wounded over the week. “Popasna area in the Luhansk sector accounted for 6 casualties which is 19 percent of total enemy losses over the week”, elaborated Vilyen Pidgornyy.

Three private homes were damaged by militants’ fire in the frontline area. “Two of them are located in Zaytseve, Donetsk sector, and the other one is in Maryinka, Mariupol sector”, elaborated the spokesman. In addition, Russian proxies damaged two segments of a gas pipeline near Avdiivka town and its suburbs directly hitting it with mortar mines.