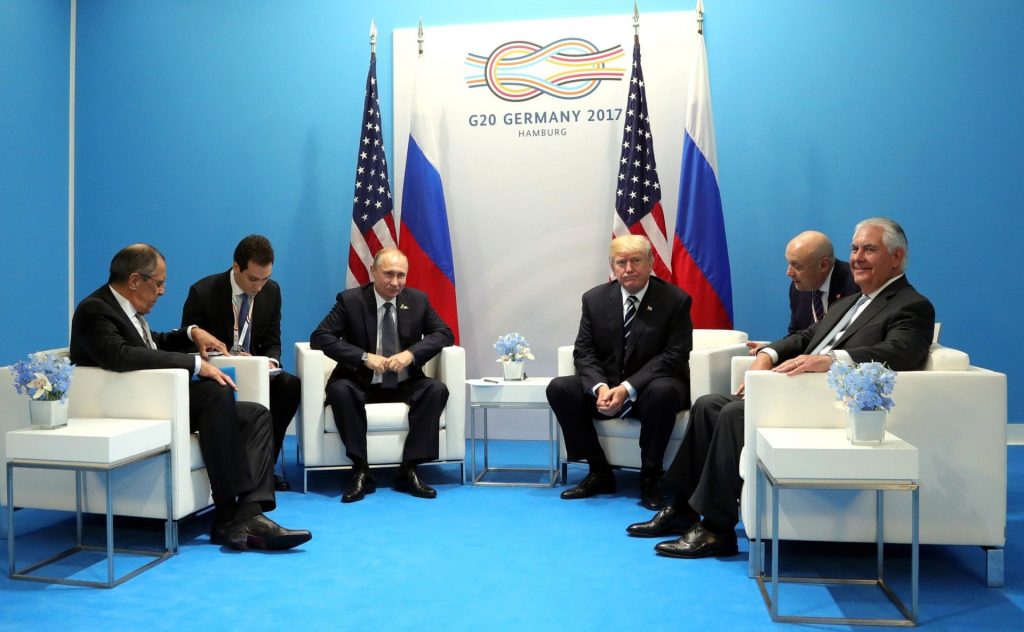 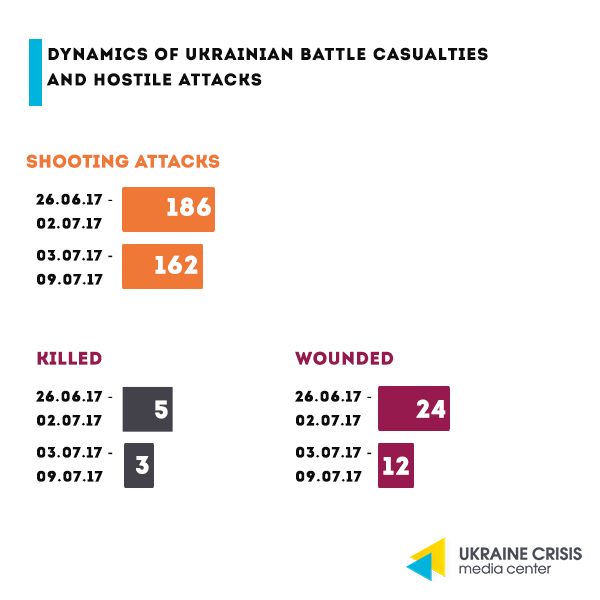 In addition to the above figures, yesterday in Dnipro hospital one more Ukrainian serviceman, Oleksii Tymoshchuk, died of wounds received in action near Hnutove on June 29.

Situation in the combat zone. Combat actions in eastern Ukraine do not cease. According to the participants of the Trilateral Contact Group that held another meeting in Minsk on July 5, thanks to the “harvest-time ceasefire” declared on June 21, 2017 the number of attacks decreased.

Russian regular troops in Donbas. Viktor Ageyev, Russian citizen and “LPR” fighter, was detained by Ukrainian servicemen two weeks ago. He confirmed that he was sent to fight in eastern Ukraine after he signed a service contract with the Russian Federation Armed Forces. According to Ageyev he went to Russia’s Rostov region, signed the contract with the Russian Federation Armed Forces and was sent to Donbas straight away.

Donbas and Transnistria. In the beginning of June, Ukrainian border guards detained Russian Colonel Valeriy Gratov, whom the Russian security service planned to make “the deputy minister for security” of the self-proclaimed Transnistria. According to the Ukrainian war correspondent Andriy Tsaplienko, the detained Russian colonel is a former chief of security of the “president” of unrecognized Transnistria Igor Smirnov. Gratov is also an actual trainer of the Donbas militants and close friend of militants known as Givi and Motorola. According to Tsaplienko, Gratov was in Donbas from 2014, he was head of the organization “Troopers’ Union of Donbas” and was fighting alongside the militants.

“Terrorist attack” in Luhansk. On July 7, there was an explosion in downtown Luhansk not far from the building of so-called “Government”, it was possibly caused by an explosive device. “People’s police of the ‘LPR’” reported five wounded and one killed in the incident. One and a half hour later fifty meters away from the scene of the first incident a vehicle exploded, two persons were wounded. Representatives of the “LPR” blamed the “terrorist attack” on “Ukrainian subversives”. The Ukrainian side of the Joint Center for Coordination and Control named the incident a provocation and reminded that it had earlier warned that militants could get to serious provocations or even acts of terror in Luhansk region. 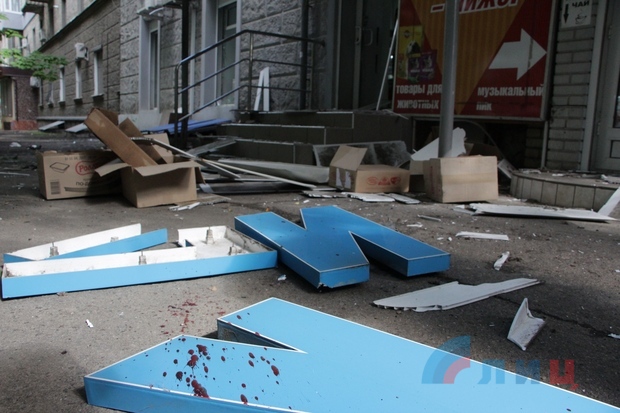 “DPR” recruit prisoners. “DPR” illegal organization is recruiting the prisoners serving their terms in the uncontrolled part of Ukraine. It was reported to Channel 5 by the prisoners who had been transferred to the government-controlled area. Prisoner Volodymyr Mishukov said that those who agreed to the offer went to fight. 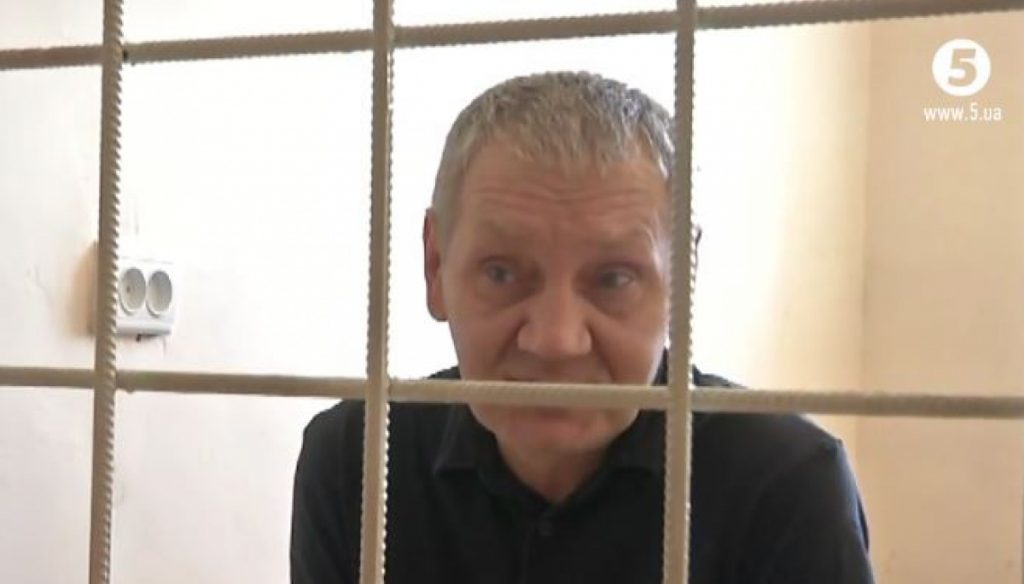 The G20 Summit in Hamburg became a platform for the first Putin-Trump meeting. It took place on July 7 and lasted over two hours.

One of the unanswered questions of the talks is whether Trump brought to the table the topic of Russia’s interference in the U.S. presidential elections. It was the journalists’ question that he ignored shaking Putin’s hand at the start of the meeting.

U.S. President Donald Trump twitted that they did not discuss sanctions with the Russian President Putin. However, no changes should be expected until the Ukrainian and Syrian problems are solved.

Another topic that Trump claims to have discussed with Putin is the setup of a cyber defense unit that would counter cyber-attacks during elections and beyond.

Russian Foreign Affairs Minister Sergey Lavrov said that settlement of the conflict in Donbas will continue in the Minsk format, the U.S. was not suggesting an alternative scenario. The U.S. and Russia also agreed to create a “separate channel” for Ukraine talks.

Visit of the U.S. Secretary of State to Kyiv

U.S. Secretary of State Rex Tillerson flew to Kyiv two days after the G20 meeting of the Presidents of the U.S. and Russia in Hamburg, where he was also present.

According to President Poroshenko, Tillerson informed him on the details of Trump’s talks with Putin. The U.S. Secretary of State reassured him that the U.S. is not going to lift the sanctions against Russia until Ukraine’s territorial integrity is fully restored.

“We are disappointed by the lack of progress under the Minsk agreement, that is why we are appointing a special representative to put additional impulses,” Tillerson said. “It is necessary for Russia to take the first steps to de-escalate the situation in the east part of Ukraine,” he added in a statement released to the media after his meeting with the Ukrainian President Poroshenko.

Tillerson was accompanied to Kyiv by Kurt Volker, the newly appointed United States Special Representative for Ukraine Negotiations. Volker will take up the communication role between Kyiv, Moscow and the EU representing the U.S. Volker will stay in Kyiv a few days longer. He also plans to visit Moscow. 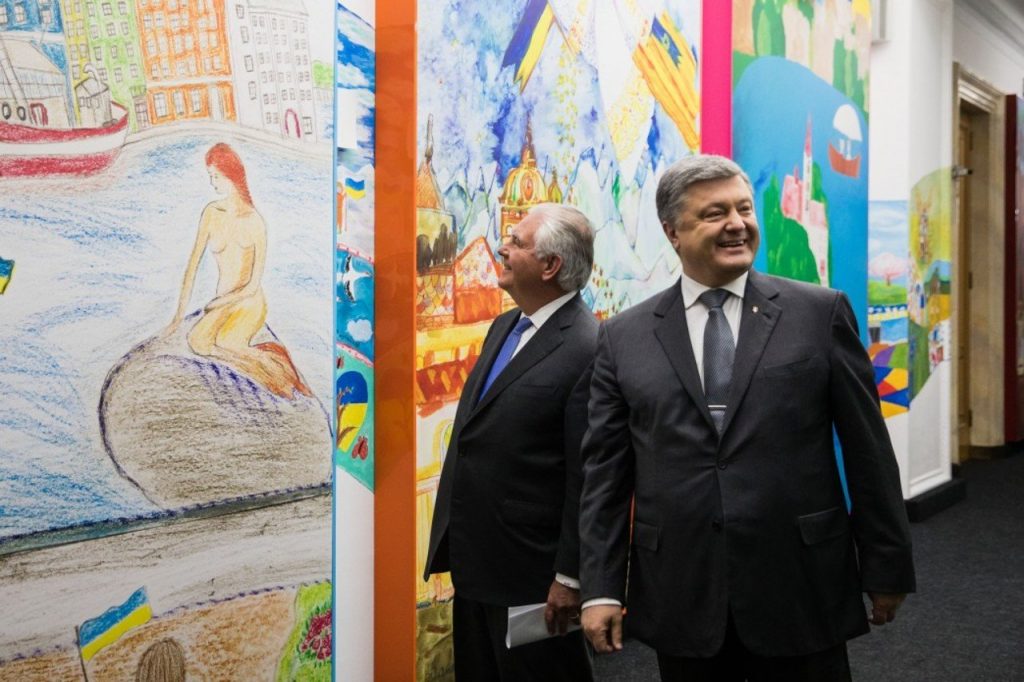 20 years of distinctive partnership between Ukraine and NATO: visit of the Secretary General to Kyiv

On July 10 representatives of NATO’s political body, North Atlantic Council are visiting Ukraine headed by the NATO Secretary General Jens Stoltenberg. The Council’s previous visit to Ukraine took place eight years ago. Current visit has a special political meaning as the partners mark the twenty-year anniversary since when the Charter on a Distinctive Partnership between the NATO and Ukraine was signed. The visit is taking place amid the unprecedented public support for Ukraine’s membership in the organization. As part of the official program, Jens Stoltenberg will meet President Poroshenko, take part in the sitting of the NATO-Ukraine Commission as well as will speak in the Ukrainian Parliament for the first time in the bilateral relations.

One of the first working events in Kyiv of the NATO Secretary General became a participation in the opening of the exhibition “Ukraine-NATO. Formula for Security”. The exhibition visualizes the timeline of the Alliance’s setup as well as the milestones of the Ukraine-NATO cooperation. “NATO is not a panacea but rather an opportunity for us,” said Ivanna Klympush-Tsintsadze, Deputy Prime Minister of Ukraine on European and Euro-Atlantic Integration speaking at the event. “An opportunity to build a strong professional army, protect our own interests together with the countries that share these values and what’s key is an opportunity to become a partner in building the European and global security systems,” Klympush-Tsintsadze added. 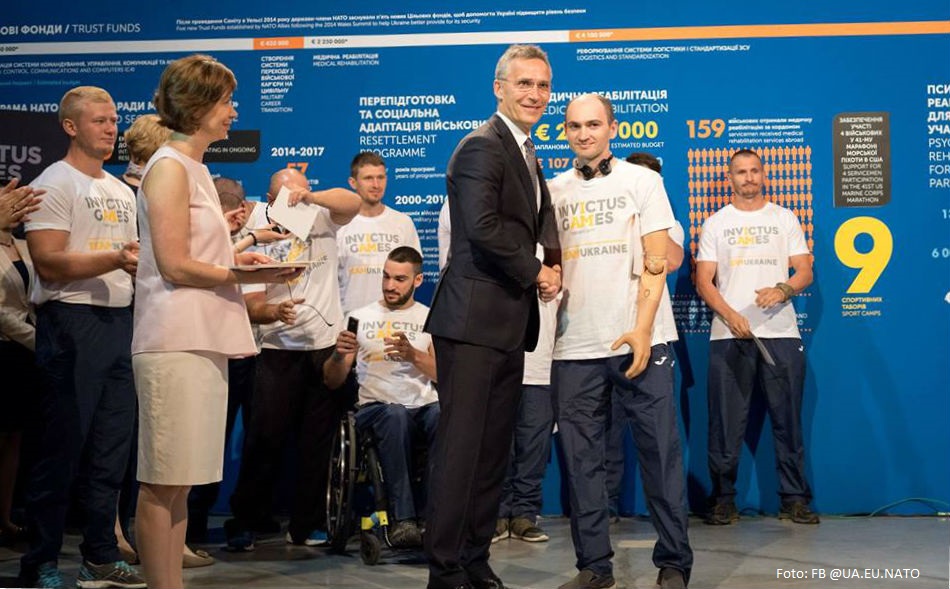 Crimea: media name the company that supplies the Siemens turbines to Crimea

On July 5 Reuters reported that Russia had sent to Crimea gas turbines of the Germany’s Siemens company despite the ban for the EU companies to supply energy technologies to the peninsula.

In March the equipment was delivered to Taman, Russia, however, two of the four turbines ended up in Sevastopol, where they are to be installed at a local power plant.

Russian Interavtomatika closed joint stock company was hired to supply the turbines to Crimea omitting the sanctions. The company’s 45,7 percent of shares are owned by Siemens. On the Russian version of the Siemens website, Interavtomatika is mentioned as a “partner” of the German group of companies. Siemens insists that they have nothing to do with the incident.

Prime Minister Groysman stated that Ukraine finally sees the start of the full-fledged privatization. The reason for the optimism is the long-awaited approval by the government of the draft law on privatization drafted in cooperation with the State Property Fund of Ukraine. The government has also finalized the so-called “triage” thus formulating its strategic vision as to which state-owned companies should remain state-run in the long-term perspective, which ones are to be subject to concession and which ones are to be privatized or liquidated.

Compared to other countries Ukraine’s state-owned sector of economics is very big, so is the number of staff employed in it – 11 percent. At the same time, half of the state-run companies are not operating at all. Seventy percent of the working ones are loss-making. As per the 2016 results, the losses amounted to UAH 82 billion (approx. EUR 2.82 billion euro). Out of the ten most profitable companies, nine are monopolies that have no competitors.

Under such conditions, state-owned companies are often a source of fiscal and social risks. In addition to that, the state-run companies are often actors of corruption scandals. Experts unanimously agree that privatization is the best way out of this situation. Whether privatization will be successful at the current stage remains an open question, same promises have been voiced before. 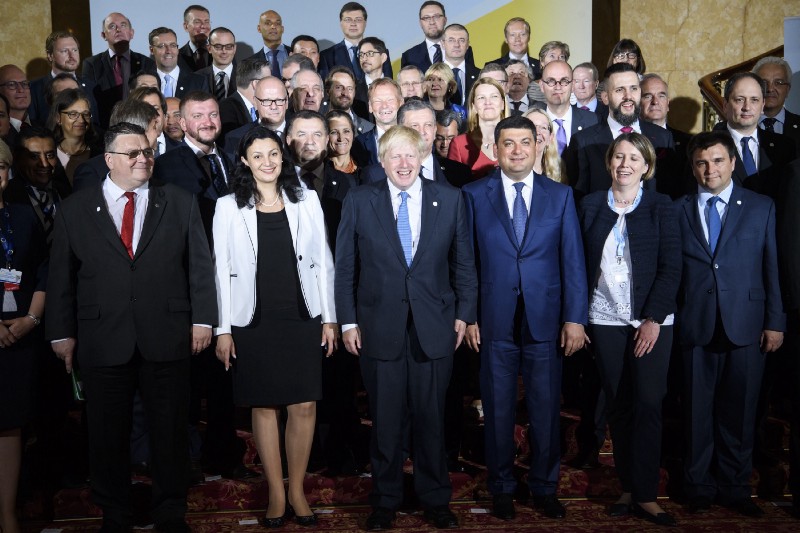 Odesa International Film Festival will take place on July 14-22. The event that started in 2010 continues the cinematographic tradition of the city, where the film life was swirling largely thanks to the Odesa Film Studio in the 1920s-1930s. The festival tries to stay up-to-date presenting the latest films of the A class international film festivals to Ukrainian audience, and vice versa – showcasing the latest Ukrainian films to both the domestic and international audiences.

The festival’s competition program has three components: international competition for fiction films, a national competition for Ukrainian films (short and full-length ones) as well as the European documentary competition. “This year we have a very strong Ukrainian competition program. We will show 48 Ukrainian films – it’s a record number in the entire festival history, it’s almost 50 per cent of the actual program. All the films are different: there are experimental ones, animation, fiction and comedy films. The new upcoming generation is very interesting,” said Anthelme Vidaud, program director of the Odesa International Film Festival in an interview. Vidaud emphasized three Ukrainian documentaries: “Dixie Land” by Roman Bondarchuk, “Masters” by Serhiy Bukovskyi and “The War of Chimeras” by Anastasia and Maria Starozhytska. The festival’s traditional event is the open-air screening on the Potyomkin Stairs. This year a classic silent film “The Ladies’ Paradise” will be screened at the location accompanied by the Odesa Symphonic Orchestra and will feature the French singer Sophie Fournier. The festival also offers industry and educational sections. 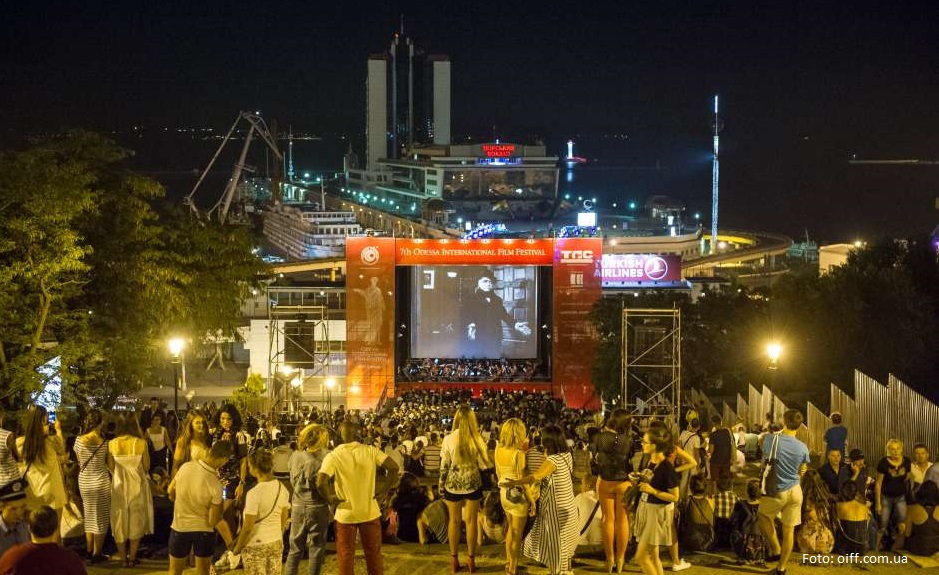 Sport: combat veterans get ready to the international Invictus Games

The second round of training for the Invictus Games’ national team starts in Kyiv. The international competition for actual servicemen and combat veterans with disabilities was founded by Prince Harry. This year’s tournament will take place in Toronto on September 24-30. Over 550 combat veterans from 17 countries will take part in it competing in 12 sports disciplines. Ukraine’s core team is composed of 15 members – servicemen and veterans of combat actions in eastern Ukraine. The Ukrainian team will take part in the Invictus Games for the first time. Ukraine’s athletes are being trained in track-and-field, archery, swimming, cycling, powerlifting and rowing. 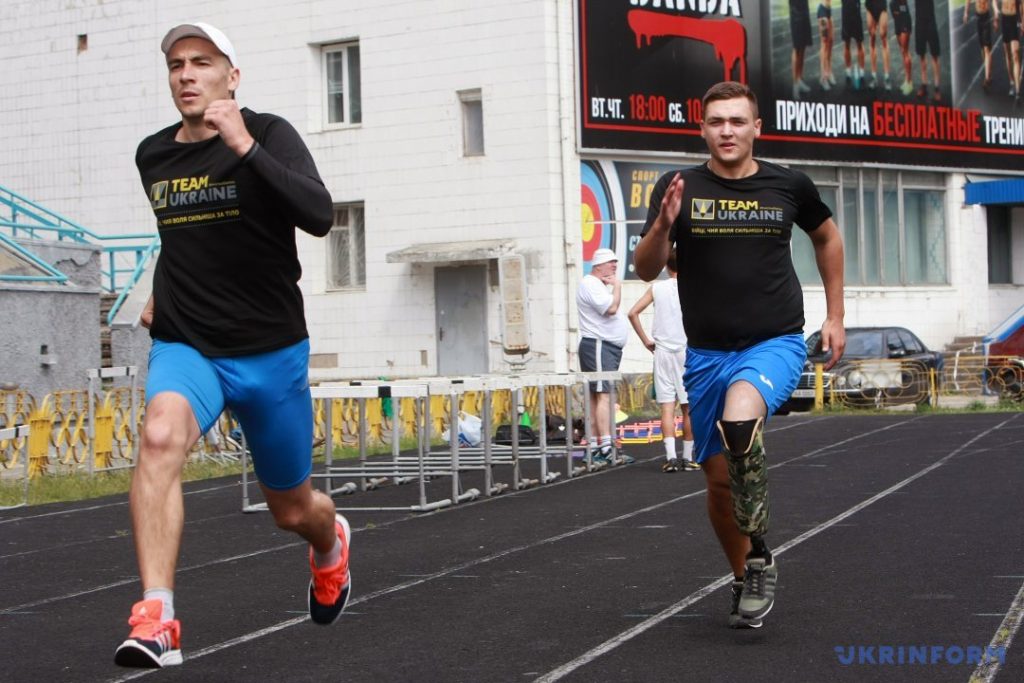 ”No deal at G20 summit. Putin to continue messing with the world” – Roman Tsymbalyuk’s column for UNIAN