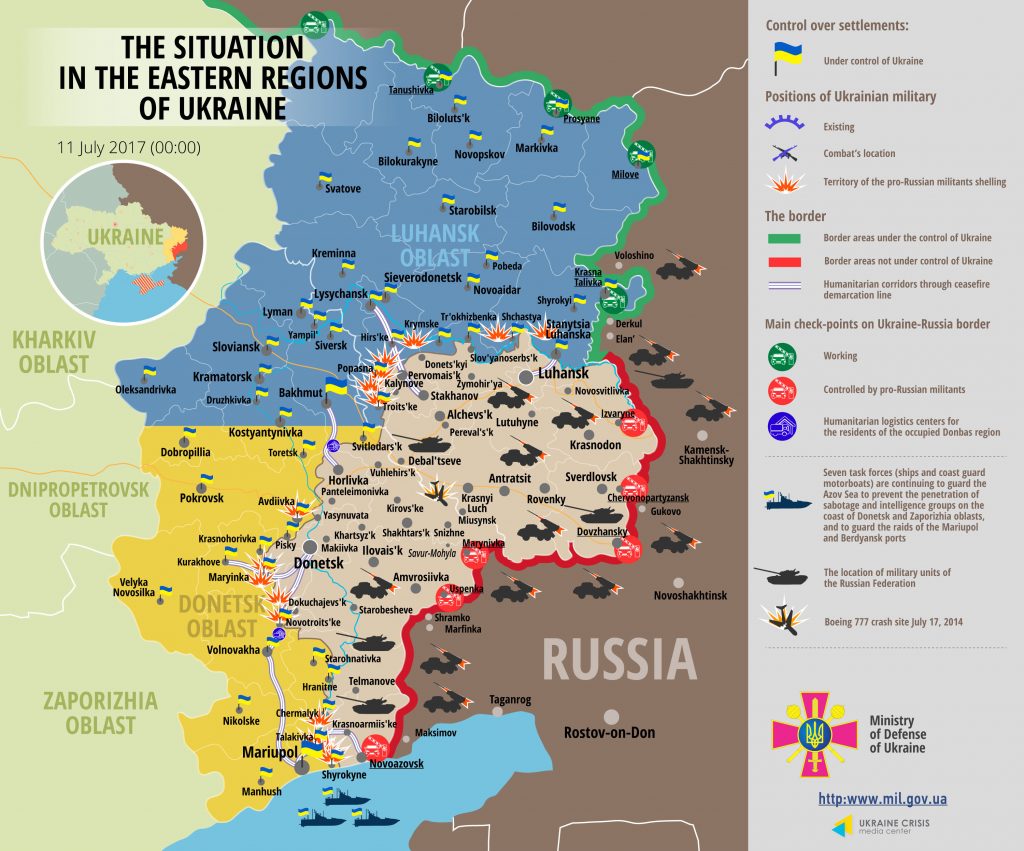 In Luhansk sector, eight ceasefire violations were recorded, including five attacks with heavy weapons. Militants shelled Novooleksandrivka just after midnight and conducted nine intense 30-minutes attacks at Troitske, firing 45 mortar rounds. They shelled Troitske with artillery after 01:00. “All three attacks occurred from the direction of the temporarily occupied Kalynove,” emphasized Col. Lysenko. Russian proxies attacked Staryi Aidar with grenade launchers around 11:00. The ceasefire held during the day.  Hostilities resumed after 20:00. Militants shelled Malynove and Katerynivka with mortars and attacked Novozvanivka and Novotoshkivske with small arms.

No Ukrainian serviceman was killed or wounded in action yesterday. “One soldier tripped a wire near Stanytsia Luhanska and was killed by the explosion,” added Col. Lysenko.

Report on the military developments as of July 10 is available here. Interactive data on the shelling: chronology shelling chart and the interactive map.