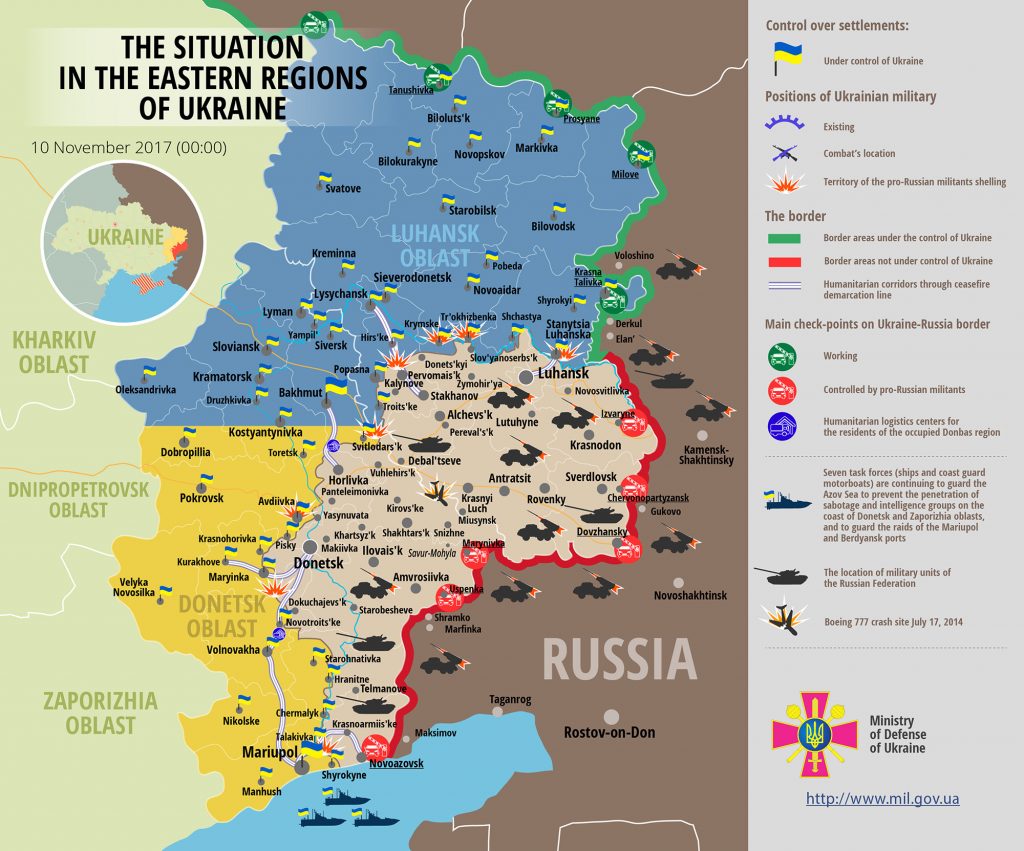 In Luhansk sector, militants violated the ceasefire 14 times. At about 22:00, they fired twenty 122-mm artillery rounds aiming for Ukrainian positions near Staryi Aidar. “In the evening. militants undertook several mortar attacks at our positions near Krymske and Luhanske, firing a total of twenty-three 82-mm mortar rounds. From time to time. they accompanied mortar attacks with fire from automatic grenade launchers,” noted the spokesman. In addition, Russian proxies opened small arms fire near Donets, Triokhizbenka, Valuiske, and Zolote. Ukrainian servicemen responded with fire using weapons not prohibited under the Minsk agreements.

No ceasefire violations were recorded in Mariupol sector.

According to Ukrainian Chief Intelligence Directorate, Russian proxies actively lay mines in the area of the disposition of the so-called 1st and the 2nd Army Corps. “This increases the threat to the civilians and complicates their everyday life. For instance, after mines were laid, people had to stop using roads and swathes of land which were the most comfortable for getting around in the area,” emphasized Col. Lysenko.

Report on the military developments as of November 9 is available here. Interactive data on the shelling: chronology shelling chart and the interactive map.