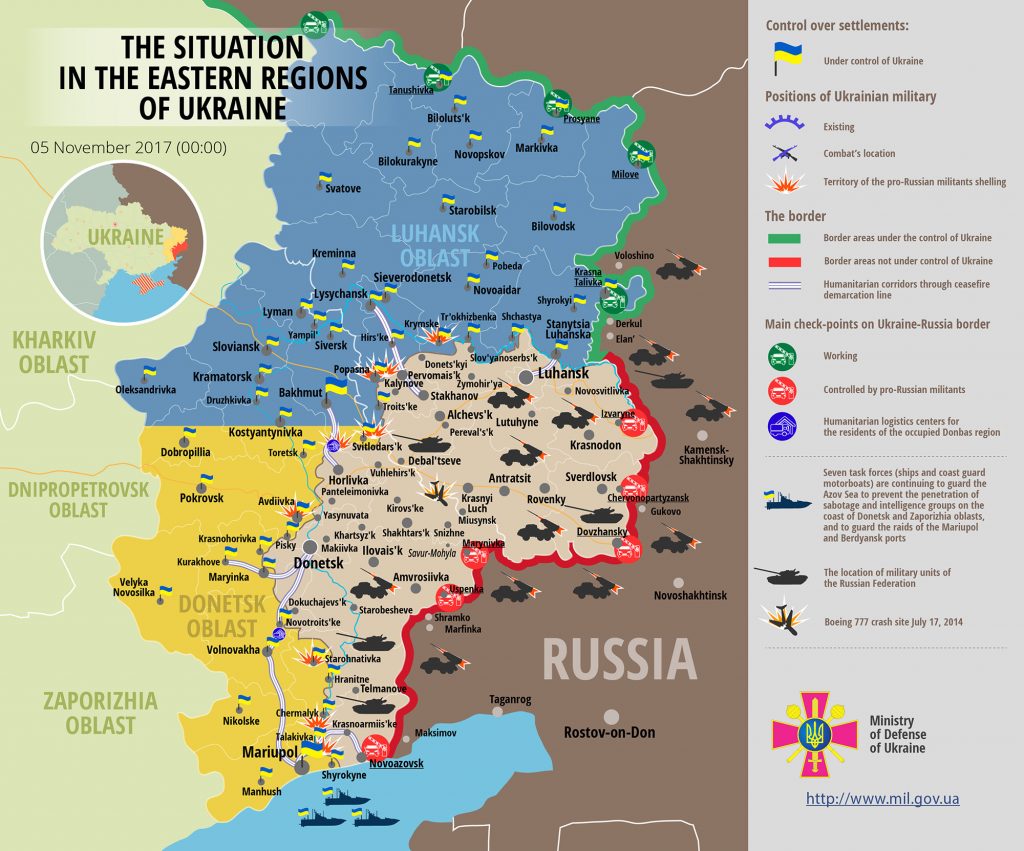 In Mariupol sector, Russia-backed militants attacked ATO troops’ positions 12 times.  They were the most active near Vodiane.  “The enemy attacked Ukrainian positions with grenade launchers and machine guns five times  and opened small arms fire against defenders of Krasnohorivka during the day, and attacked Starohnativka after 19:00. Ukrainian troops returned fire,” said the spokesman.

No Ukrainian serviceman was killed in action yesterday, but one soldier sustained injuries near Novozvanivka. “The soldier was promptly evacuated to a mobile military hospital in Sievierodonetsk. His medical condition is satisfactory,” said Col. Lysenko.

Report on the military developments as of November 4 is available here. Interactive data on the shelling: chronology shelling chart and the interactive map.