Russia-backed militants conducted 22 attacks in ATO zone yesterday. “The enemy was making precision attacks upon the positions of Ukrainian troops with the Minsk-proscribed weapons – 152-mm artillery and mortars of various calibers. In Novotroitske area a serviceman of Ukraine’s National Guard tripped an unknown explosive device. The casualty was promptly taken to a hospital. He is in grave condition,” said Ukrainian Ministry of Defense spokesman on ATO Colonel Andriy Lysenko at a press-briefing at Ukraine Crisis Media Center. 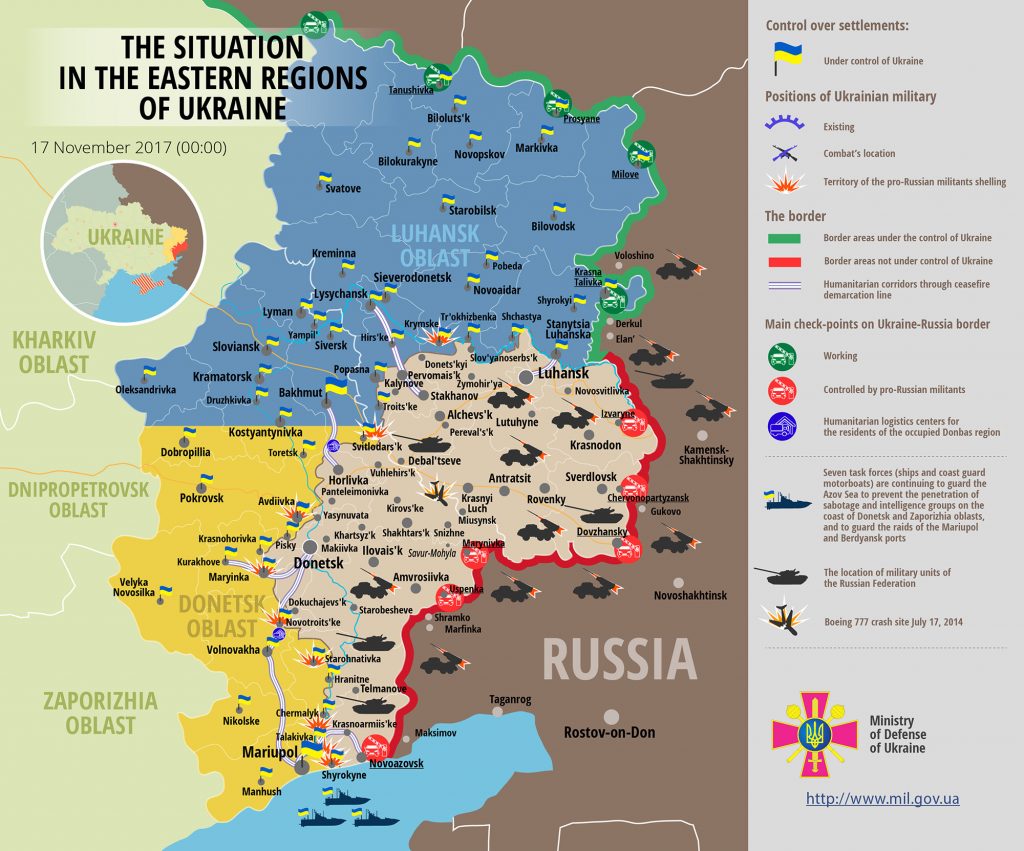 Note: for the purposes of reporting, part of ATO zone previously referred to as Mariupol sector was merged with  Donetsk sector.

Report on the military developments as of November 16 is available here. Interactive data on the shelling: chronology shelling chart and the interactive map.