Another Ukrainian serviceman was killed in militants’ attack on Novhorodske in Donetsk sector.  “As of 11:00 of July 20, 2017, a total of 14 hostile attacks were recorded in ATO zone. Eight attacks involved heavy weapons,” said Col. Lysenko. 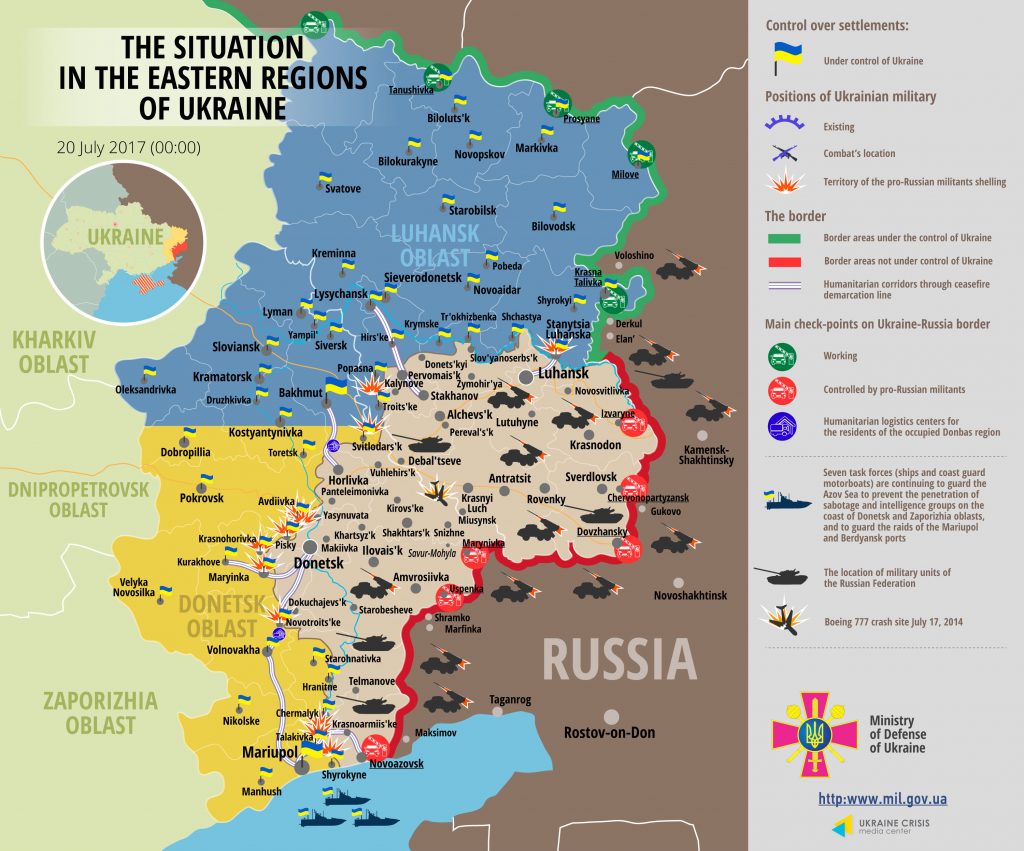 In Mariupol sector militants conducted nine attacks, using heavy weapons in two of them. They fired over 20 mortar rounds at Krasnohorivka.  Another mortar attack was recorded in Hnutove.  “Militants attacked with light weapons at Maryinka, Novotroitske, Pavlopil and Vodiane,” emphasized the spokesman.

“One Ukrainian serviceman was killed in a hostile attack in Maryinka. Moreover, Ukrainian unit tripped an explosive device in Novotoshkivske. Three troops were killed and three were wounded,” added the spokesman.

Report on the military developments as of July 19 is available here. Interactive data on the shelling: chronology shelling chart and the interactive map.