Yesterday Russia-backed militants attacked the residential area of Maryinka with small arms. “Russian proxies wounded four civilians including two children. They were promptly provided with medical assistance,” reported Col. Andriy Lysenko, Ukrainian Ministry of Defense spokesperson on ATO, during a press briefing at Ukraine Crisis Media Center. In addition to this, one Ukrainian serviceman was killed and two were wounded in action yesterday. 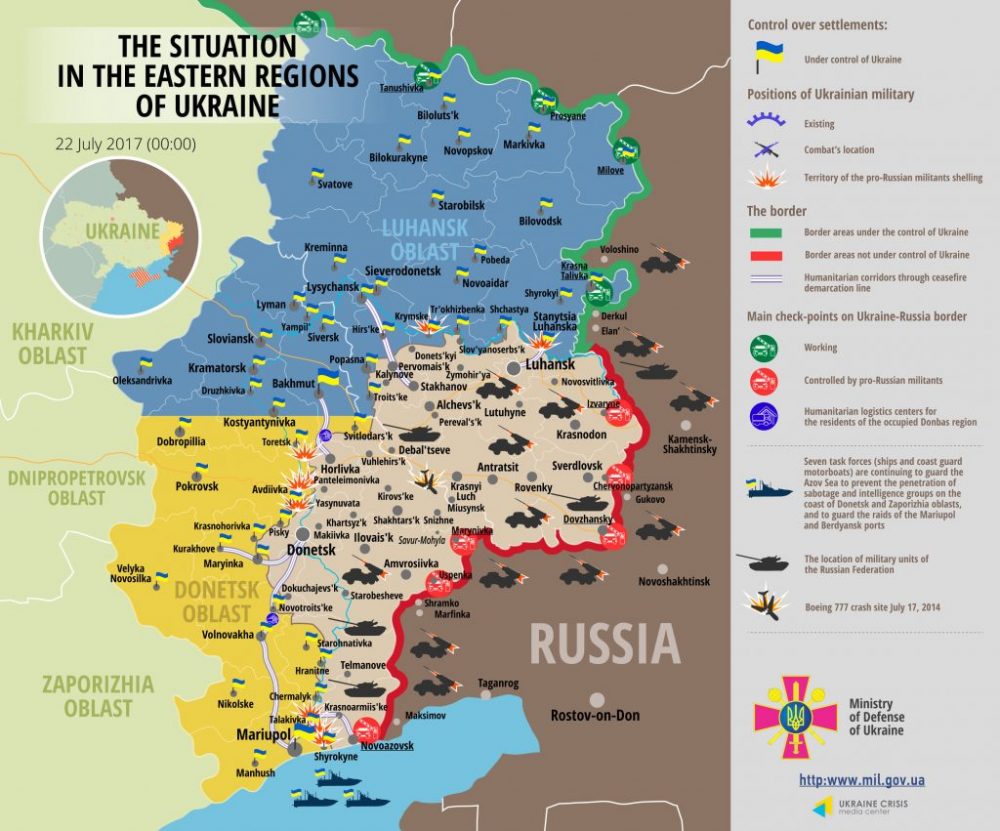 In Donetsk sector, hostilities took place near Horlivka and at the Shakhta Butovka position yesterday. In all cases, militants used only light weapons. “The traditional flashpoints – the Svitlodarsk area, Avdiivka, and Pisky – were calm yesterday,” noted the spokesman.

Report on the military developments as of July 21 is available here. Interactive data on the shelling: chronology shelling chart and the interactive map.