“Yesterday, Ukraine did not sustain military casualties as a result of hostilities,” informed Col. Andriy Lysenko, Ukrainian Ministry of Defense of spokesperson on ATO, during a press briefing at Ukraine Crisis Media Center.

In Luhansk sector, militants carried out eight armed provocations. Most of them took place between 21:00 and midnight. “Russia-backed troops attacked Ukrainian positions near Stanytsia Luhanska and its outskirts – Zhovte, Krymske, Novotoshkivske and Novozvanivka – with grenade launchers,” noted Colonel Lysenko. 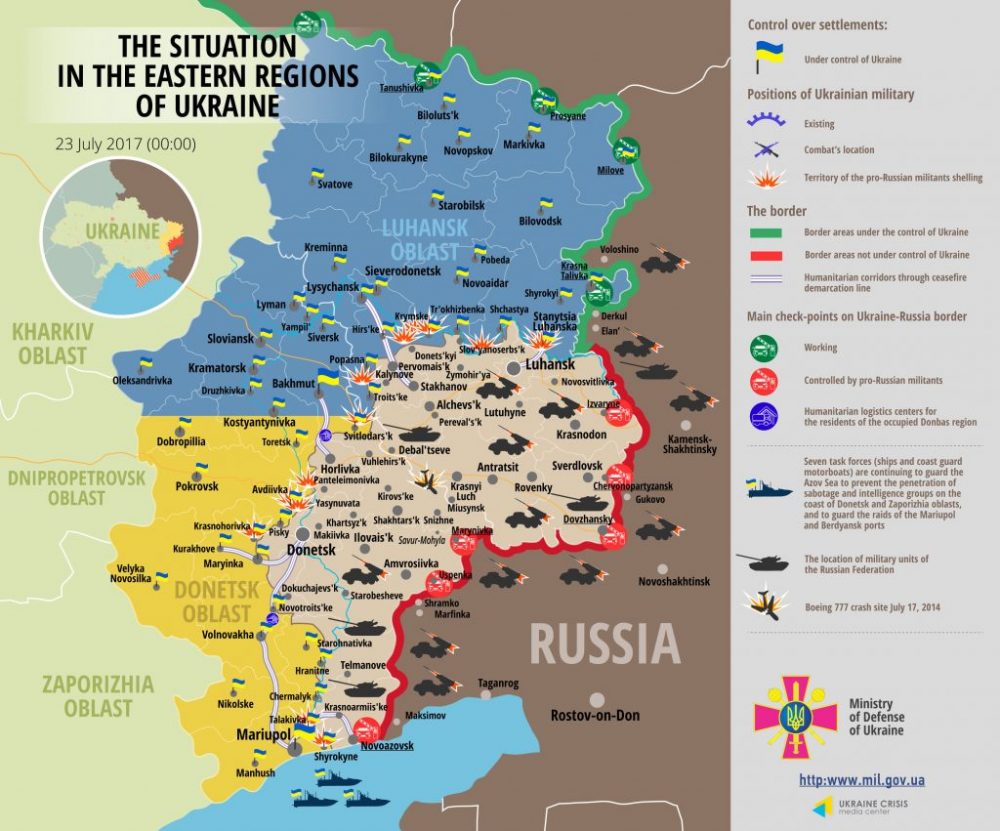 Report on the military developments as of July 22 is available here. Interactive data on the shelling: chronology shelling chart and the interactive map.