Yesterday, the highest number of adversary shelling was recorded in Luhansk sector. Militants used mortar in Kryakivka. A brief firefight took place near Triokhizbenka. “A group of enemy reconnoiterers tried to get closer to Ukrainian positions, but were timely spotted. 10 minutes later, having failed to withstand intense fire from our side, the enemy retreated,” said Col. Andriy Lysenko, Ministry of Defense of Ukraine spokesperson on ATO-related issues, at a press briefing at Ukraine Crisis Media Center.

In Stanytsia Luhanska, Novoyadyrsk and Popasna districts, militants fired mostly from light weapons in the evening. They conducted a total of 14 bombardments over the past day in Luhansk sector 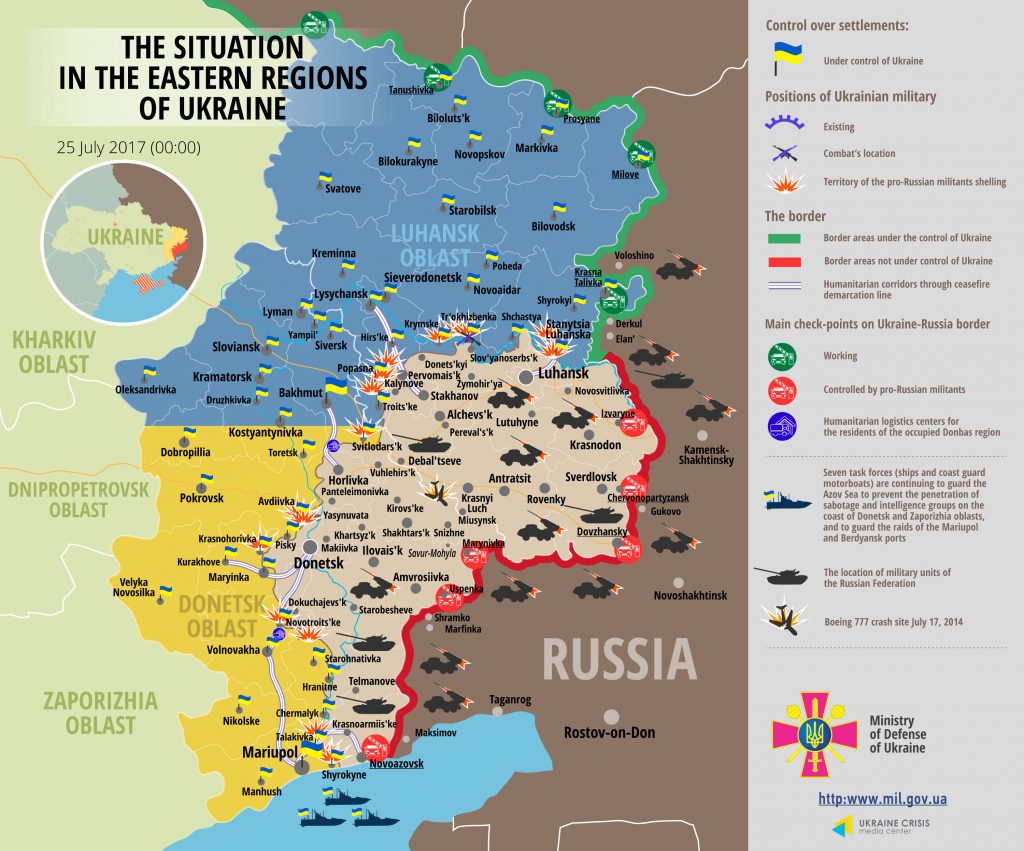 In Donetsk sector, the main military operations unfolded in Avdiivka and at the Botovka mine position. Militants used mortar three times, launching 15 mines. They opened fire from Yasynuvata and Spartak direction. The Ukrainian troops opened fire in response. “Besides, there was a single 30-minute shootout at the Svitlodarska Arc in the evening. Overall, five enemy attacks were conducted in Donetsk sector over the past day,” noted Andriy Lysenko.

In Mariupol sector, the Ukrainian troops recorded 8 cases of ceasefire violations. “Occupiers once used the infantry fighting vehicle and mortars, in other cases – only light weapons. Fighting began after 15pm and lasted until late at night. It was most restlessly in Krasnogorivka, Bogdanivka and Shyrokyne yesterday,” said the spokesperson on ATO-related issues. The Ukrainian troops opened fire in response using small arms, grenade launchers of various systems and armaments installed on armored vehicles.

No Ukrainian serviceman was killed, three were wounded over the past day.

Report on the military developments as of July 24 is available here. Interactive data on the shelling: chronology shelling chart and the interactive map.