Russia-backed militants violated the ceasefire 15 times in Luhansk sector yesterday, reported Ukrainian Ministry of Defense spokesman on ATO Andriy Lysenko at a press briefing at Ukraine Crisis Media Center. The first attacks in the sector started nearly 21:00 in Novooleksandrivka and Krymske. Several hours later, the militants attacked with light arms near Novotoshkivske and fired over 20 mortar rounds.  “Hostilities continued almost until the midnight. In addition, militants violated the ceasefire in Katerynivka and close to Stanytsia Luhanska, each of the attacks continued nearly one hour,” reported the spokesman. 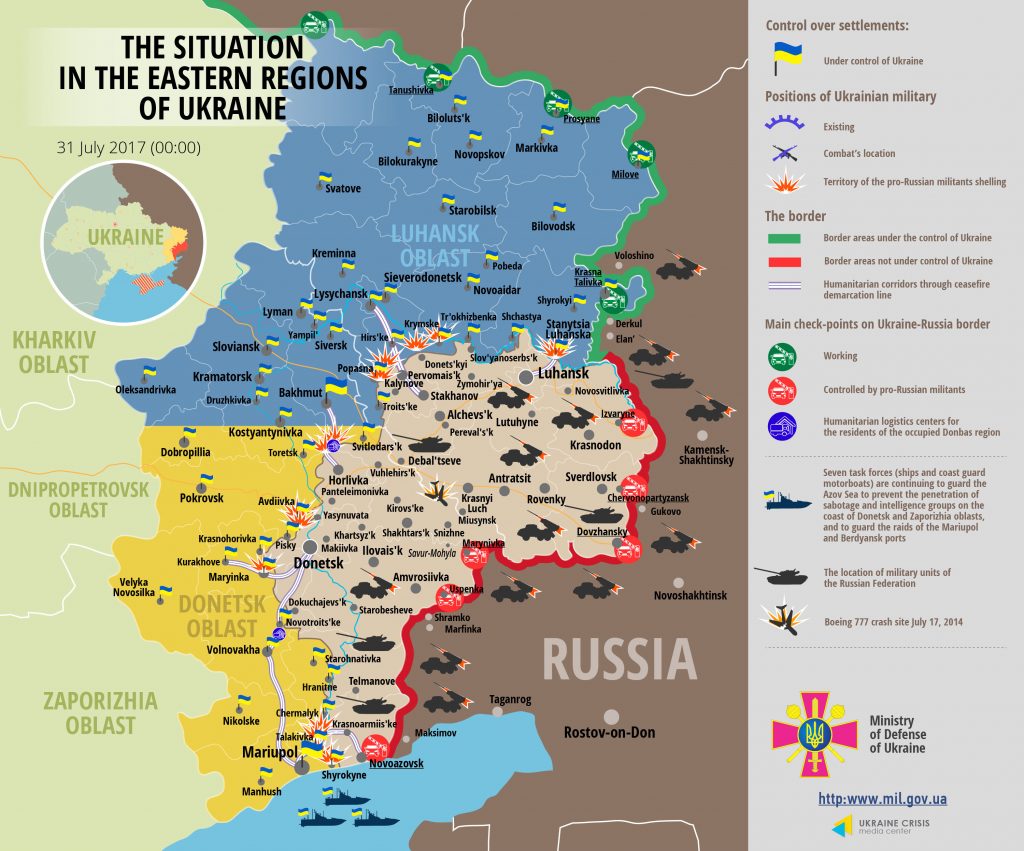 In Donetsk sector militants resumed attacks in the northern outskirts of Horlivka. In Zaitseve, for instance, they were using various light arms before the sunset. After 21:00, a 40-minute attack took place in Mayorsk. In addition, militants conducted a 20-minute attack in Avdiivka and a powerful 90-minute one at Shakhta Butovka position, however, not using heavy weapons. In total, five ceasefire violations were recorded in Donetsk sector yesterday.

Ukrainian troops incurred no fatal casualties yesterday, yet four servicemen were wounded in action. According to Ukrainian intelligence, recently militants had more non-battle losses because of various incidents. “For instance, in one of the so-called ‘LPR’ units one militant died and five more were taken to hospital as a result of drug intoxication. In another unit a Russian career officer beat four militants, one of them died because of the injuries,” said Col. Lysenko.

Report on the military developments as of July 30 is available here. Interactive data on the shelling: chronology shelling chart and the interactive map.