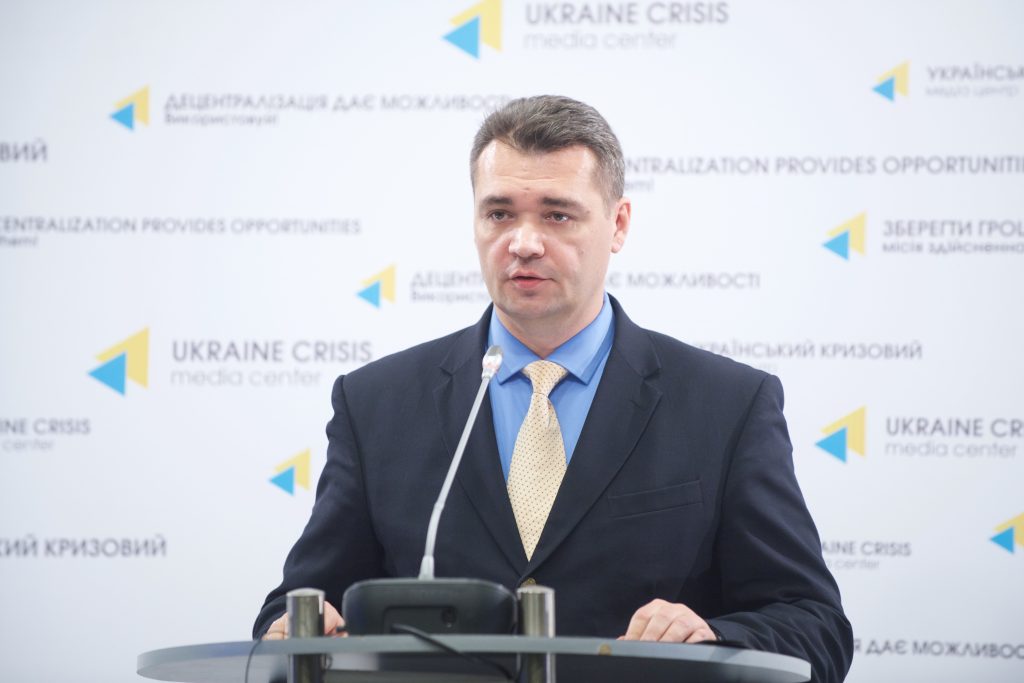 Last week, the number of shells and mortar bombs fired by the enemy at Ukrainian positions decreased dramatically in comparison with one week earlier and amounted to 169. The overall situation at the frontline maintained the previous week’s level of military action, ranging from 14 to 27 instances of ceasefire violations by the enemy per day. At the same time, the proportion of the use of prohibited by Minsk agreements weapons decreased considerably – 36 cases per week, which is less than one-third of the total number of enemy shellings during the last week.

The highest number of ceasefire violations committed by Russia-backed militants was 27 on July 24 and the lowest – 14 on July 29, reported Ukrainian Ministry of Defense spokesman Vilyen Pidgornyy at a weekly briefing held at Ukraine Crisis Media Center.

On July 24, an enemy forward group made an attempt to advance to positions of Ukrainian Armed Forces near Triokhizbenka. However, upon detecting the movement of Russia-trained militants, Ukrainian servicemen opened direct fire and forced the enemy to retreat.

In the morning of July 27 pro-Russian militants opened fire with grenade launchers against Novotoshkivske. Five minutes later, Ukrainian defenders observed the movement of an enemy forward group, consisting of up to 10 people. Ukrainian service members opened direct fire. As a result of coordinated actions of our military, the enemy retreated in just 15 minutes, having left behind a few pieces of military equipment.

Last week, the daily number of ceasefire violations by the enemy ranged between three (on July 26) and eight (on July 29).

The tensest situation in the sector was registered in Krasnohorivka. For five days out of seven, Russian proxies opened complex fire with mortars and machine guns against the town. Also, invaders occasionally engaged defense posts of Ukrainian army near Maryinka, Novotroitske and in Pavlopil – Shyrokyne area using small arms.

The number of casualties amongst Russian proxies is 20 killed and 31 wounded over the week.

The intensity of the enemy’s air reconnaissance doubled over the week. Ukrainian troops registered 13 episodes of hostile drones conducting aerial reconnaissance along the frontline, out of which 8 episodes were recorded in the Donetsk sector and five – in the Mariupol sector. No instances of enemy air scouting using drones were observed in the Luhansk sector last week.

This way, power lines near Luhanske were damaged in an enemy fire, as a result of which 250 consumers were cut off from electricity. Additionally, last week, the enemy hit two buildings – a private home in Maryinka and temporarily shut down school building in Toretsk.

Last week, yet another (67th this time) so-called “humanitarian convoy” from Russia illegally entered the territory of eastern Ukraine, which is temporarily uncontrolled by the Ukrainian military. In total, 60 trucks escorted by 12 vehicles carried, according to the Russian side, aid supplies for the residents of the occupied territories.