Yesterday in Luhansk sector, militants conducted 11 shellings, four of them involved mortars. Soon after midnight, Russian proxies committed an armed provocation in Novooleksandrivka and another in Popasna. At 01:00, illegal armed groups opened fire from grenade launchers at Novotoshkivske. From 17:00 to the end of the day, militants attacked seven times near Krymske. “The enemy used small arms, grenade launchers, and mortars. The Ukrainian military opened fire in response to the most daring armed provocations,” reported Col. Andriy Lysenko, Ukrainian Ministry of Defense spokesperson on ATO, at a briefing at Ukraine Crisis Media Center. 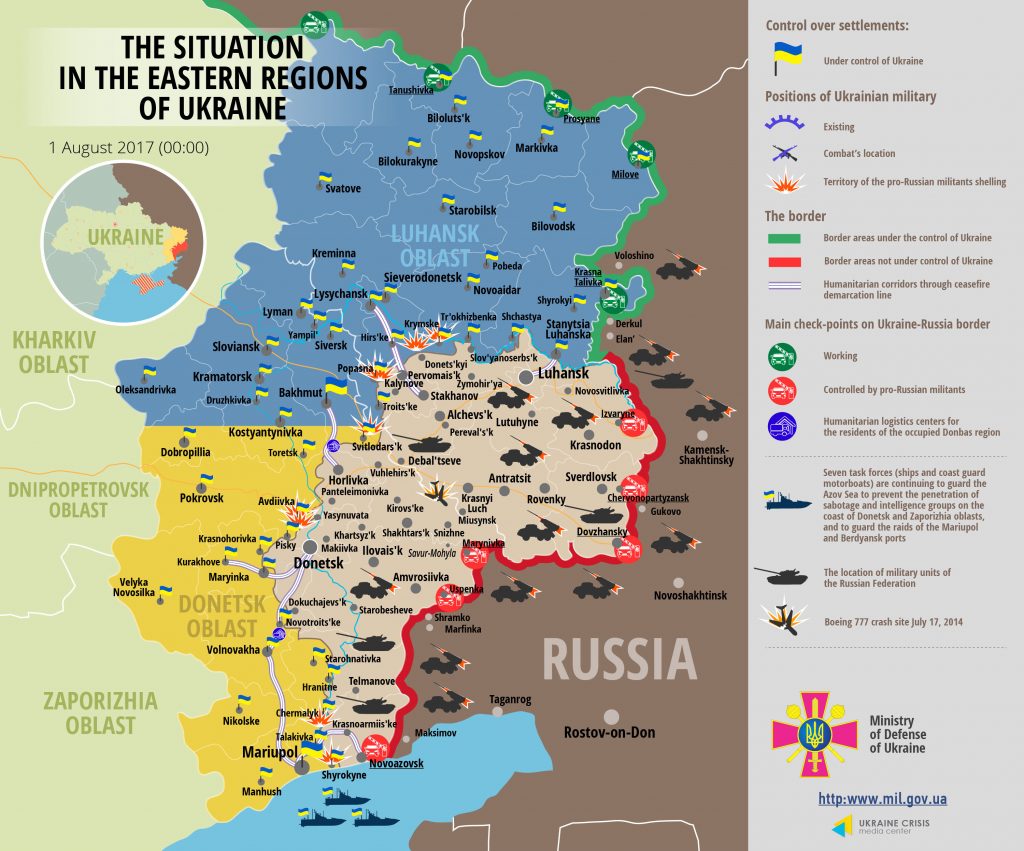 No Ukrainian serviceman was killed in action, but five were wounded in action yesterday.

Report on the military developments as of July 31 is available here. Interactive data on the shelling: chronology shelling chart and the interactive map.