In Luhansk sector, Ukrainian troops recorded 10 militants’ attacks, four of which involved heavy weapons. The operative situation along the contact line escalated in the afternoon. The tensest situation was observed in Troitske. Russia-backed militants mortared the spot twice firing a total of 30 rounds. “Later the enemy made one brief mortar attack on Krymske and one on Katerynivka. Late in the evening, Russia-backed troops attacked Novozvanivka and Novooleksandrivka with grenade launchers,” reported Ukrainian Ministry of Defense spokesman on ATO Colonel Andriy Lysenko at a press-briefing at Ukraine Crisis Media Center. 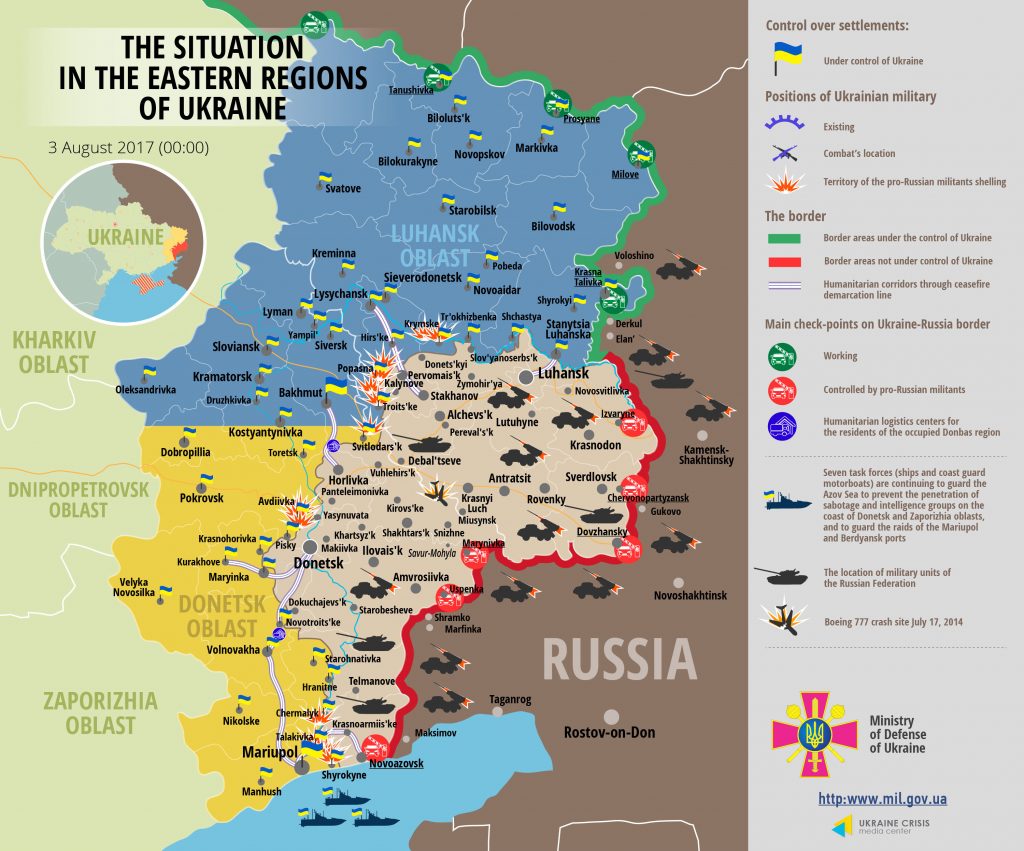 In Donetsk sector, militants conducted most of the 11 yesterday’s attacks in the frontline between Kamianka, Avdiivka and Shakhta Butovka position. Russian proxies were intensely firing with grenade launchers from four directions between 16:00 and midnight. One short mortar attack took place in Luhanske. Ukrainian troops returned fire responding to all the provocations.

Report on the military developments as of August 2 is available here. Interactive data on the shelling: chronology shelling chart and the interactive map.