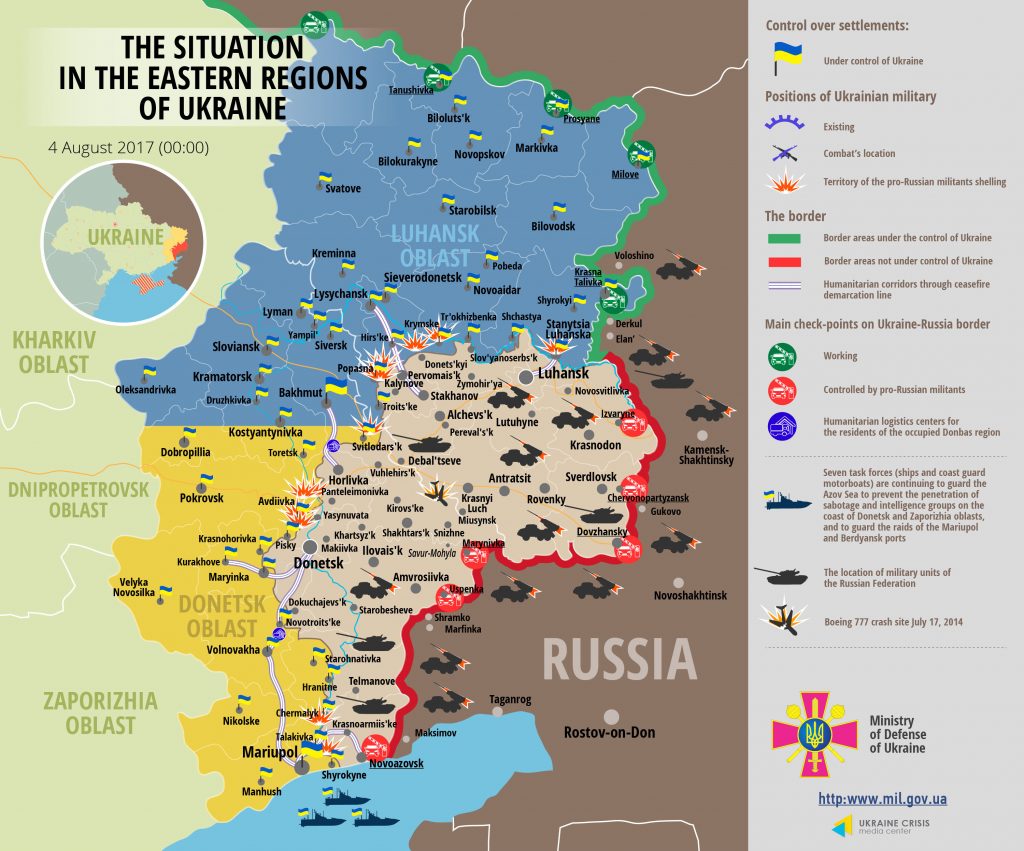 In Luhansk sector, Russian proxies conducted nine ceasefire violations. Popasna area and the Bakhmut road were epicenters of hostilities. At midnight and in the evening militants attacked Novooleksandrivka and fired one mortar round upon Popasna. In Katerynivka militant groups fired twice upon the positions of Ukrainian troops between 17:00 and 19:00. In the first militants fired four mortar rounds in 30 minutes and used grenade launchers. They used grenade launchers in Krymske as well. “In Novotoshkivske militants made two small arms attacks – in the morning and late in the evening. Another hostile provocation took place in Stanytsia Luhanska after 20:00,” said Colonel Lysenko.

Mariupol sectors accounted for three attacks yesterday. Right after the midnight militants attacked Vodiane with machine guns. In the afternoon, they attacked Ukrainian troops in Pavlopil with mortars and grenade launchers. Russian proxies also used small arms in Vodiane in the evening.

Report on the military developments as of August 3 is available here. Interactive data on the shelling: chronology shelling chart and the interactive map.