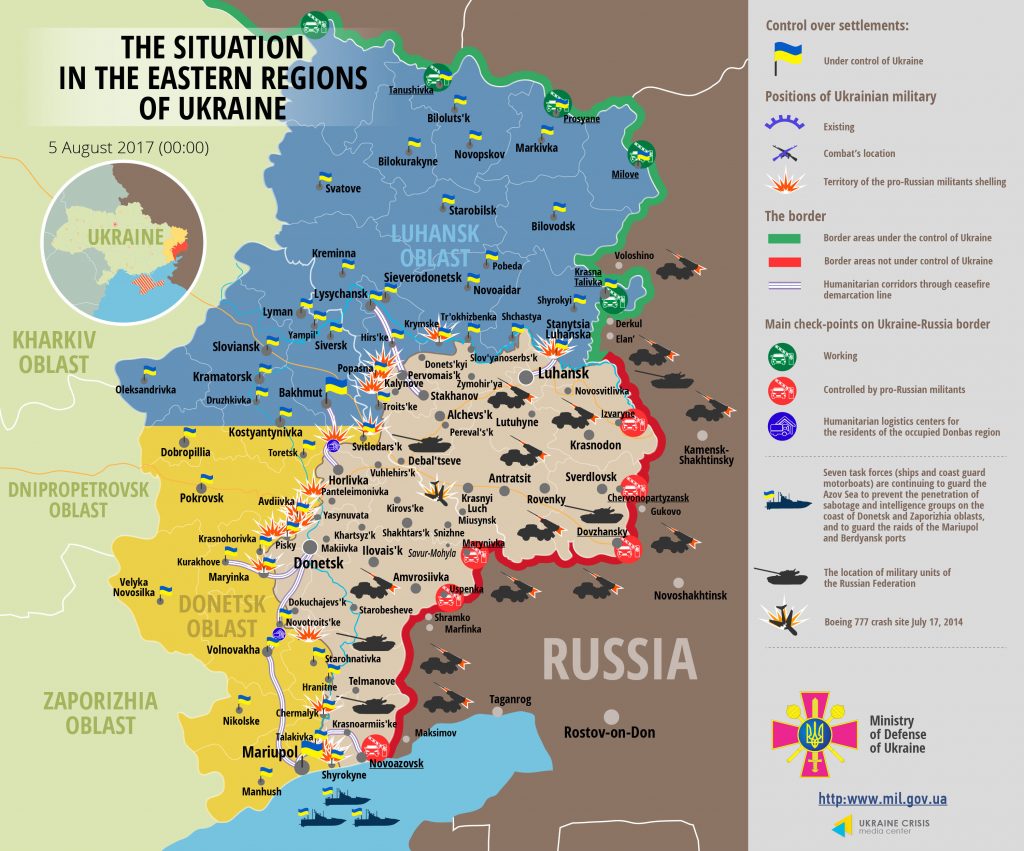 The hostilities were much more intense in Donetsk sector. Militants were attacking Ukrainian troops’ positions in Zaitseve after 21:00 till midnight actively using APC weapons and conducted two provocations near Avdiivka during the day.

In Mariupol sector militants were active in Chermalyk, Lebedynske, Vodiane and Shyrokyne. “Russian proxies fired three mortar rounds in Chermalyk and the same number in Vodiane. Moreover, the enemy violated the ceasefire in Maryinka and Bohdanivka but used no heavy weapons there,” said the spokesman.

Report on the military developments as of August 4 is available here. Interactive data on the shelling: chronology shelling chart and the interactive map.