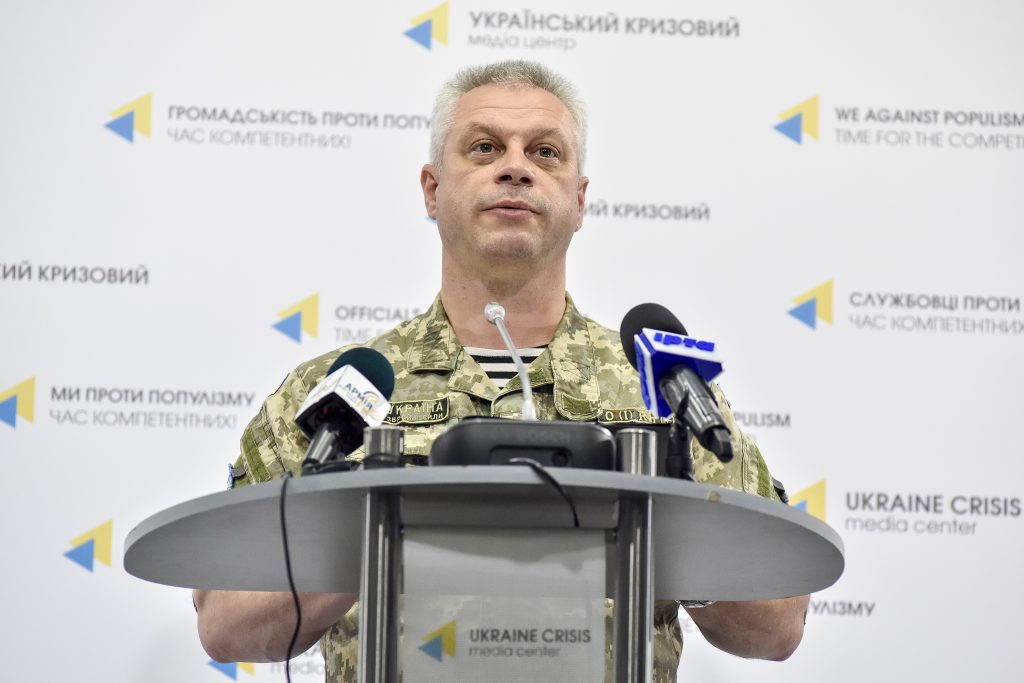 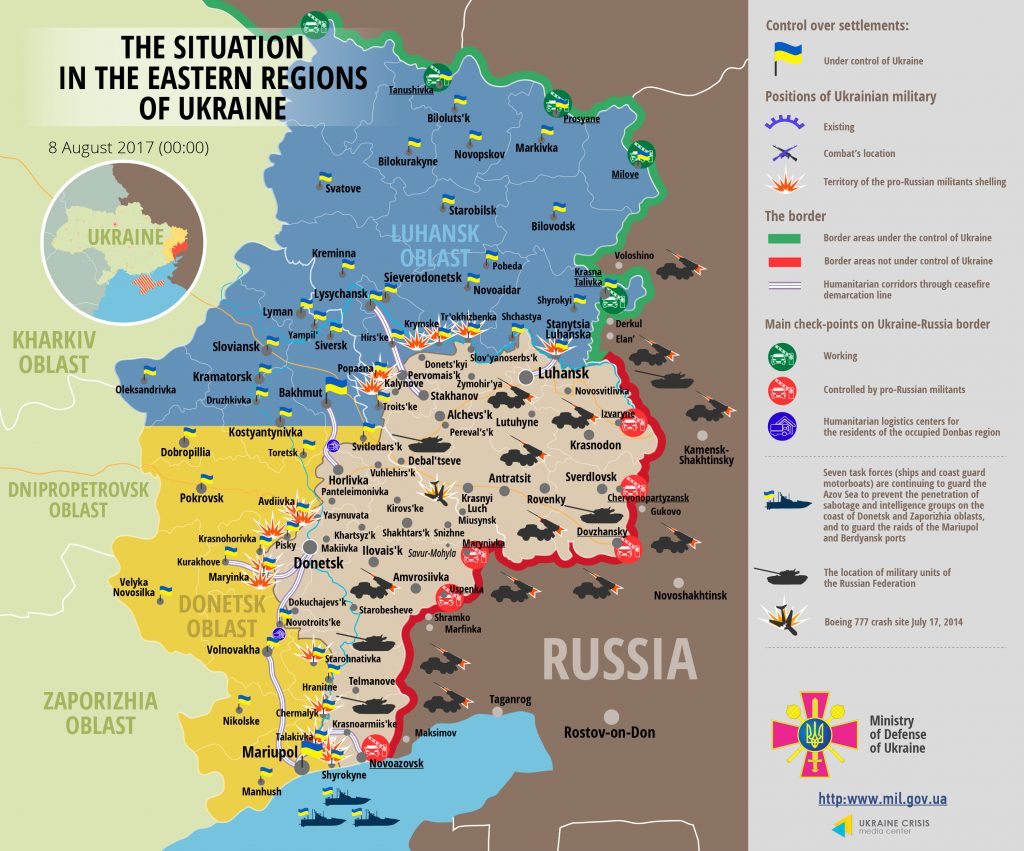 In Donetsk sector, militants conducted three attacks yesterday. They were firing at Nevelske with light weapons in the morning for 20 minutes. In the evening, attacked Shakhta Butovka position and Avdiivka’s industrial area with machine guns, grenade launchers, and mortars, firing a total of 25 mortar rounds. Ukrainian forces were compelled to return fire.

In Mariupol sector attacks took place in Maryinka, near Dokuchaievsk, and in the southern part of the sector. “An enemy sniper attacked ATO troops after the midday.  The enemy was shelling Ukrainian positions in Novomykhailivka for 20 minutes before the sunset, having fired three mortar rounds and used grenade launchers. Militants also attacked Ukrainian positions in Starohnativka with machine guns. The hostilities in the south took place in Chermalyk, Talakivka, Vodiane, and Shyrokyne. One attack was recorded in each place. Russian proxies used mortars only in Shyrokyne.

“One Ukrainian serviceman was killed yesterday by an enemy sniper near Maryinka. Two troops were wounded in Talakivka in Mariupol sector,” reported Col. Lysenko.

Report on the military developments as of August 7 is available here. Interactive data on the shelling: chronology shelling chart and the interactive map.