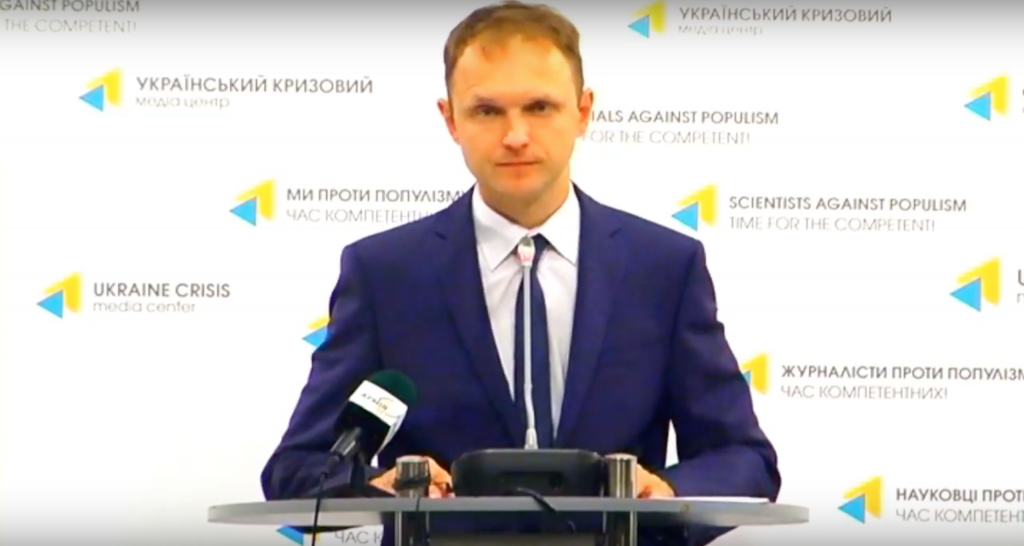 The previous week was marked with hostilities of middle intensity all across the front line. At the same time, militants continued to occasionally violate Minsk agreements using heavy weapons, including mortars and rocket artillery, shelling Ukrainian positions with these weapons. To aggravate the situation, the enemy relocated two tank units closer to the front line in the Luhansk and Mariupol sectors. Also, at least three artillery units of Russian proxies were engaged in troops replacement in the Luhansk sector.

The number of enemy shellings ranged between 15 (on Thursday, August 10), and 28 (on Tuesday, August 8), instances per day. The share of enemy cease-fire violations with heavy weapons amounted to 56 cases, which is approximately 40 percent of 139 enemy truce violations over the week, reported Ukrainian Ministry of Defense spokesman Oleksiy Makukhin at a weekly briefing held at Ukraine Crisis Media Center.

Last week, the largest share of enemy shellings in this sector accounted for Bakhmut road area. There Russia-backed militants continued to engage positions of Ukrainian Armed Forces mostly during first hours after sunset. On Friday, August 11, Russian proxies opened mortar fire at Ukrainian positions in this area having discharged over 30 mortar bombs of 120 mm caliber. The next day, hostilities stayed at the same level – militants fired over 50 mortar bombs during hours of darkness following the sunset.

Last week, the daily number of ceasefire violations by the enemy ranged between 7 both on Wednesday – Thursday, August 9 – 10 and 11 on Tuesday, August 8.

The situation was rather stable across the frontline, except for Avdiivka area. On a regular basis, militants were intensifying combat activity in the latter area after 9 PM. The heaviest enemy shelling was recorded on Tuesday, August 8, when invaders during 4 hours were opening fire with mortars, grenade launchers, and small arms. The enemy discharged over 80 mortar bombs in Avdiivka industrial area and about 40 mortar shells at the “Shahta Butivka” position and near Kamianka.

Last week, the daily number of ceasefire violations by the enemy ranged between 1 (on August 10) and 11 yesterday, on August 13.

Last week, key hotspots in the frontline area remained as usual in Maryinka district, near Dokuchayevsk and in the south of the sector in the tactical approaches to Mariupol. Nevertheless, in the latter, the intensity of enemy shellings was the highest. On Wednesday, August 9, militants fired at Ukrainian positions in this area over 60 mortar bombs and discharged over 40 missiles with “Grad – P” rocket launchers.

Last week, the daily number of ceasefire violations by the enemy ranged between 4 and 13.

As per intelligence reports, the number of casualties among Russian proxies is eight killed and 35 wounded over the week. The enemy sustained the majority of casualties in the Mariupol sector and near Avdiivka.

Last week, Ukrainian troops registered 11 episodes of hostile drones conducting aerial reconnaissance along the front line, out of which 3 episodes were registered in the Luhansk sector, 4 – in the Donetsk sector and 4 – in the Mariupol sector.

The military intelligence of Ukraine reports about further military assistance coming from Russia to its proxies in eastern Ukraine. Last week, Moscow supplied militants with 1,200 tons of fuel in 20 railway tank-cars. No instances of weapons delivery to militants from Moscow were recorded last week.

Last week, two non-residential buildings were damaged by enemy fire. Both of them are located in the Mariupol sector. Also, during shellings, militants damaged two segments of gas pipeline close to Novoluhanske, Donetsk sector, and Berezove, Mariupol sector. Both of them were immediately repaired by Ukrainian engineers.

Over the week, Ukrainian authorities arranged for access and safe passage through government checkpoint on the contact line of a truck loaded with humanitarian aid for civilians living in the uncontrolled territory of eastern Ukraine. Ten tons of food, hygiene materials, medicine, and water pumping equipment were donated by the International Committee of the Red Cross.