Militants fired from grenade launchers and machine guns near Zaitseve and Avdiivka in Donetsk sector in the ATO zone yesterday. “Ukrainian troops responded with fire to the boldest armed provocations,” informed Ukrainian Ministry of Defense spokesman on ATO-related issues Colonel Oleksandr Motuzyanyk at a press briefing at Ukraine Crisis Media Center. In total, 13 hostile attacks happened in this sector. 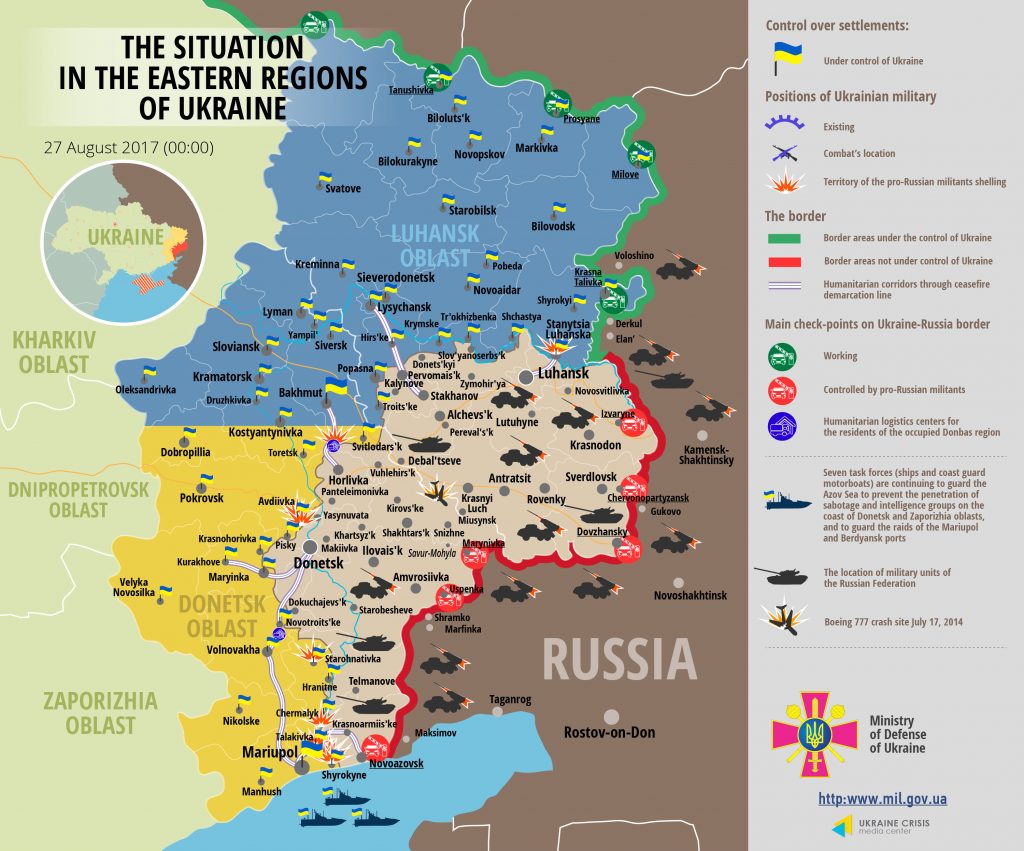 In Mariupol sector intensity of Russia-backed militants increased more than twofold, compared to two days before.  Russian proxies traditionally concentrated their fire power at Pavlopil – Shyrokyne.  “Russia-backed troops attacked Starohnativka,  Pavlopil and Shyrokyne with grenade launchers at night. The enemy used only small arms in all the other incidents of ceasefire violations,” emphasized the spokesman. The situation was the most restless in Pavlopil and Vodiane yesterday,  where over 60 % of militants’ attacks took place.  Ukrainian troops recorded 21 incidents of ceasefire violations in this area yesterday.

No Ukrainian serviceman was killed in action yesterday. “Nevertheless, one soldier died in Kharkiv hospital yesterday, on August 26. He sustained fatal injuries on August 19 near Krymske,” added the spokesman.

Report on the military developments as of August 26 is available here. Interactive data on the shelling: chronology shelling chart and the interactive map.