The ceasefire held in Luhansk sector in the ATO zone yesterday. “The enemy opened fire at Ukrainian troops’ positions only once in Stanytsia Luhanska in the evening,” informed Ukrainian Ministry of Defense spokesman on ATO Colonel Oleksandr Motuzyanyk at a press briefing at Ukraine Crisis Media Center. 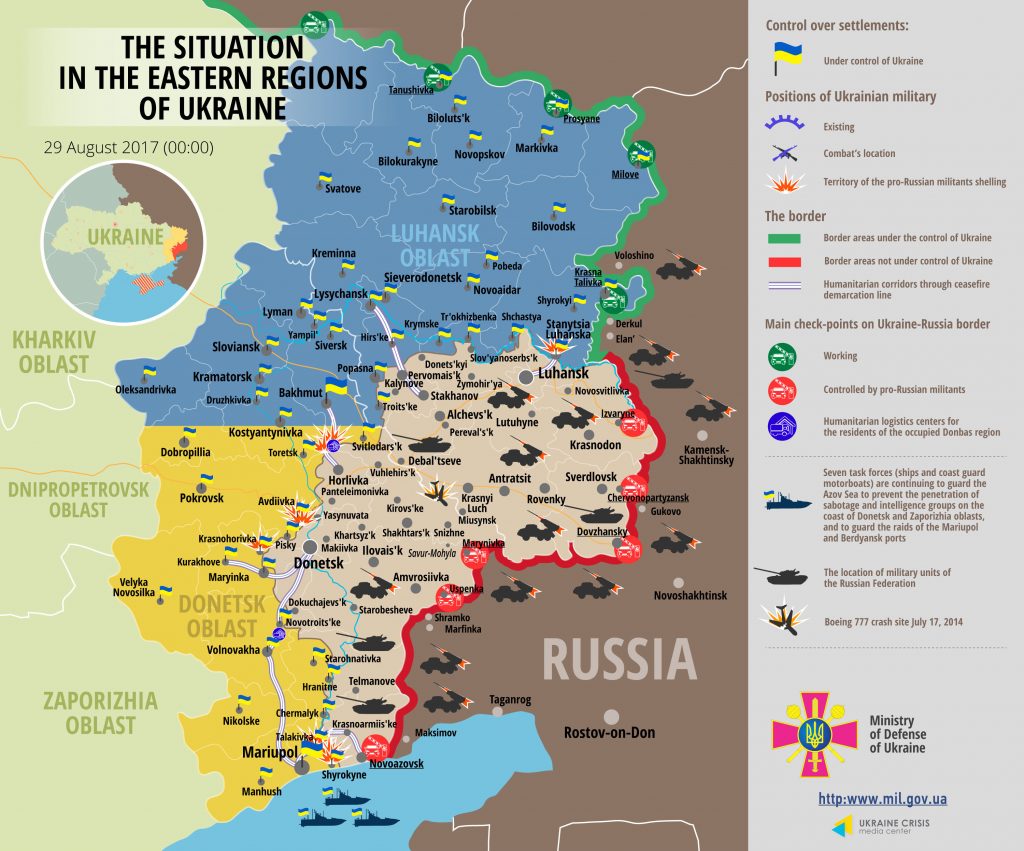 In Mariupol sector, Russia-backed militants conducted medium intensity mortar attack at Krasnohorivka just after midnight, firing over 20 rounds. “The enemy opened fire from light weapons four times at Vodiane yesterday. Half of the attacks happened during the hours of darkness.  Two armed were recorded in Talakivka and Shyrokyne,” said Col. Motuzyanyk.  In total, seven militants’ attacks took place in this sector.

Report on the military developments as of August 28 is available here. Interactive data on the shelling: chronology shelling chart and the interactive map.