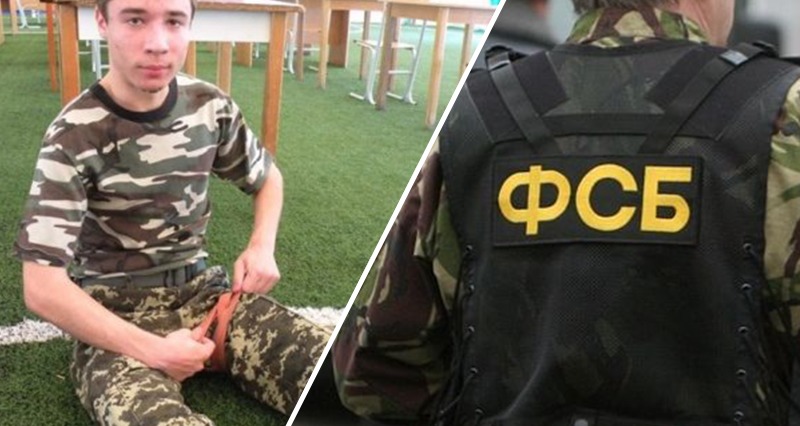 On August 27, a former Ukrainian officer, and now military chaplain Ihor Hryb, announced that on August 24, his 19-year-old son Pavlo left for Belarus and disappeared since. According to unofficial information, he is in a detention unit in Krasnodar, Russia.

On August 24, 2017, Pavlo Hryb went to Gomel to meet a girl, with whom he had corresponded on the social media. Pavlo was supposed to return the same day, but he did not. His father believes that the young man was tricked into entering Belarus with the help of the Russian girl and then abducted by the Russian FSB because of his patriotic views.

Ihor Hryb found out that his son had been placed on the wanted list for violating Article 205 of the Russian Federation Criminal Code (terrorism) by the Krasnodar Territory’s FSB in Sochi. According to Ihor Hryb, the reasons for the abduction of his son could be Pavlo’s posts on the social media against Russia’s aggression in Ukraine.

Ukraine’s Consul in Minsk Oleksandr Novosiolov informed that Pavlo Hryb was not found among the detainees in Belarusian detention units.

On August 28, the Embassy of Ukraine in Belarus sent a note to the Belarusian Foreign Ministry inquiring about the whereabouts of Pavlo Hryb. The answer to it was received only on August 31. Anton Bychkovskyi, the official representative of the State Border Committee of Belarus said that on August 24, Pavlo Hryb crossed the border of the Republic of Belarus in Nova Guta as required by the law. According to Bychkovskyi, there were no claims to this person from the border guard service of Belarus.

On August 31, Ukrainian Foreign Minister Pavlo Klimkin during his stay in Budapest will meet with his Belarusian colleague Volodymyr Makey to discuss the disappearance of the Ukrainian in Belarus.

Larysa Sargan, spokesperson of the Prosecutor General of Ukraine informed that pre-trial investigation in the criminal proceedings into the disappearance of the citizen of Ukraine Pavlo Hryb in Belarus is filed under Part 1 of Article 115 of the Criminal Code of Ukraine (deliberate murder).