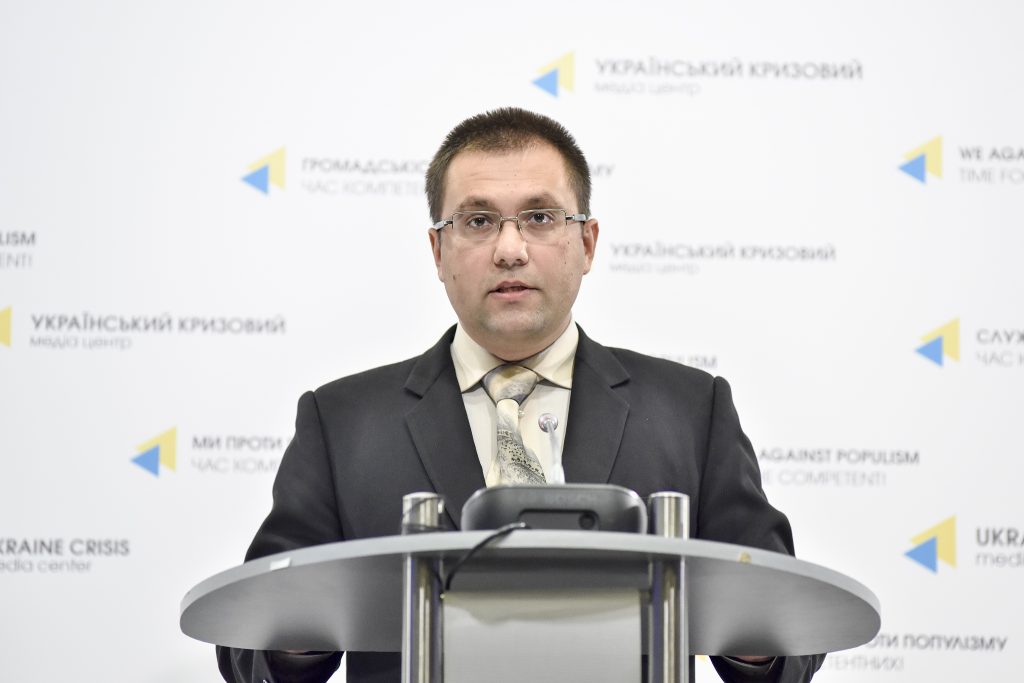 The number of ceasefire violations committed by Russia-backed militants ranged between 19 on Monday and Wednesday (that is August 28 and 30 respectively) and 44 on Sunday (September 3). The total number ceasefire violations committed by Russia-backed militants over the week amount to 173 times, including 18 shellings with the use of heavy weaponry, reported Ukrainian Ministry of Defense spokesman Andrew Liashenko at a weekly briefing held at Ukraine Crisis Media Center.

Russia-backed militants refrained from using heavy weapons against the positions of the Ukrainian Armed Forces in this sector over the last week. The intensity of enemy fire also dropped significantly. On average, Russian proxies committed 2 cease-fire violations per day, predominantly with the use of grenade launchers. These violations were registered in the vicinity of Stanytsya Luhanska, Lobacheve, Krymske, and Katerynivka.

Last week, the daily number of cease-fire violations by the enemy ranged between 0 (on August 30) and 4 (on September 1).

Last week, the intensity of enemy fire in this sector was the highest among the entire frontline. The invaders were regularly engaging the positions of Ukrainian defenders in the vicinity of Avdiyivka and Zaytseve. On August 28 and 30, Russian proxies opened low-intensity mortar fire against Avdiyivka area. From Thursday to Saturday, Russia-equipped militants repeatedly engaged the positions of Ukrainian soldiers to the north of Horlivka, as well as in Avdiyivka. They were using grenade launchers and, less frequently, the armament of their infantry fighting vehicles.

On Sunday, the situation escalated as Russian proxies opened medium-intensity mortar fire against Zaytseve, having discharged over 15 mortar bombs against the positions of Ukrainian army.

Last week, the daily number of cease-fire violations by the enemy ranged between 11 (on August 28) and 23 (on September 3).

The situation in the sector was rather unstable over the past week. On August 28, the Russia-trained militants opened mortar fire at Krasnohorivka, having discharged a total of 20 mortar bombs against the positions of Ukrainian army. On August 30 invaders opened mortar fire against Lebedynske, while on the next day (August 31) they used tanks to fire at Maryinka. On September 2, Russian proxies repeatedly violated cease-fire using grenade launchers to shell the position of Ukrainian Armed Forces along southern coastal defense lines. The situation in this sector further escalated on Sunday as invaders engaged Pavlopil and Hnutove with mortars, having fired a total of 25 mortar bombs.

The number of confirmed casualties amongst Russian proxies last week amounts to 7 killed and 18 wounded.

Over the past week, Ukrainian troops registered 5 episodes of hostile drones conducting aerial reconnaissance in the ATO area.

Russia continues to supply its proxies in eastern Ukraine, although at a lesser extent. We have identified two railway echelons of 16 tank cars (carrying 960 tons of fuel) that arrived from Russia to the occupied territories in Eastern Ukraine last week.

None of the servicemen of the Ukrainian Armed Forces have sustained fatal casualties, although two servicemen were wounded in action.

Last week, one civilian woman was wounded in Stanytsya Luhanska, which is Luhansk sector (on August 28).

Last week, a total of 16 trucks loaded with humanitarian assistance for civilians residing on a temporarily uncontrolled area of Eastern Ukraine crossed the government checkpoints with the coordination and support from Ukrainian authorities. They were carrying 140 tons in food, medicine, constructional materials, personal hygiene products, and study kits for children donated by the International Committee of the Red Cross, the UN High Commissioner for Refugees Representative in Ukraine, as well as other charity foundations.