Zaitseve and Avdiivka were the main flashpoints in Donetsk sector.  Militants were violating the ceasefire both during the day and at night, shooting from different directions.  “Moreover, militants conducted several attacks in Novoluhanske and Shakhta Butovka position. Meanwhile, the ceasefire held in Svitlodarsk area and Donetsk airport yesterday,” informed the spokesman.

In Luhansk sector, militants violated the ceasefire only once.  The incident took place in Krymske and lasted 15 minutes. 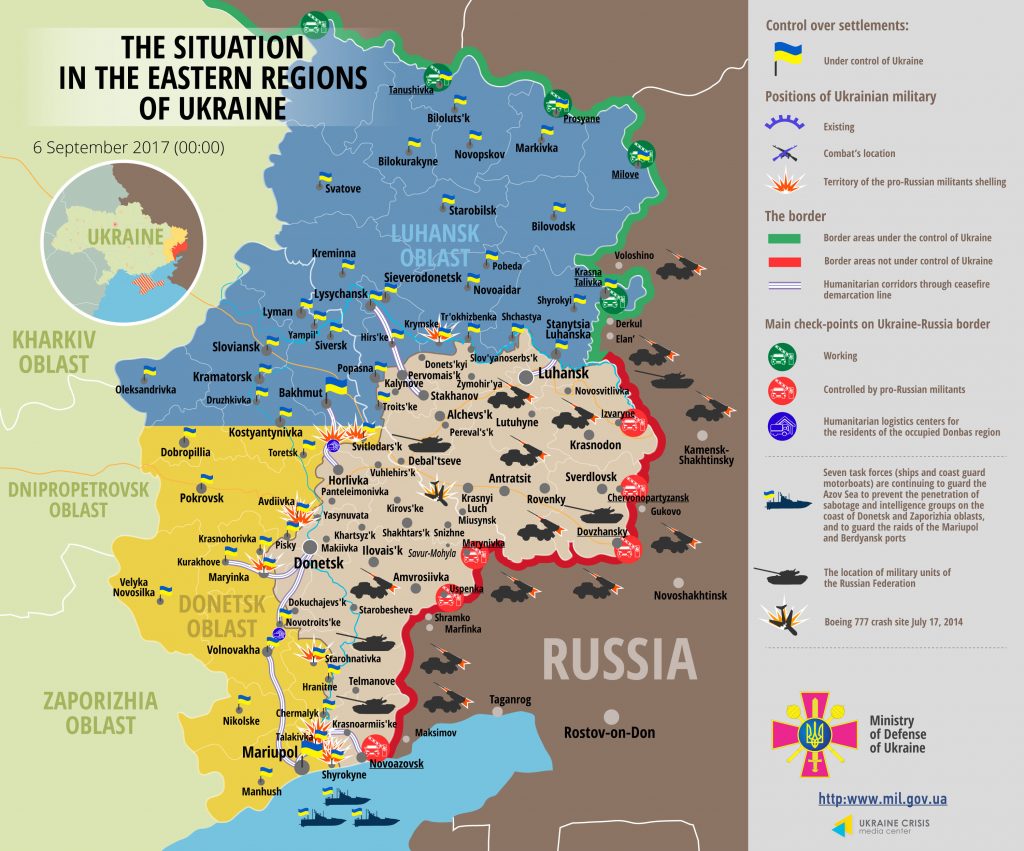 Report on the military developments as of September 5 is available here. Interactive data on the shelling: chronology shelling chart and the interactive map.