In Mariupol sector, the situation was restless in Pavlopil-Shyrokyne frontline. “Despite significant de-escalation, the enemy target each Ukrainian frontline position and regularly engage them with aimed fire. The enemy attacked seven times in Lebedynske only. Moreover, the situation was restless in Hnutove, Vodiane, and other positions,” reported Ukrainian Ministry of Defense spokesman on ATO Colonel Oleksandr Motuzyanyk at a press briefing at Ukraine Crisis Media Center. In total, 19 hostile attacks were recorded in Mariupol sector yesterday. 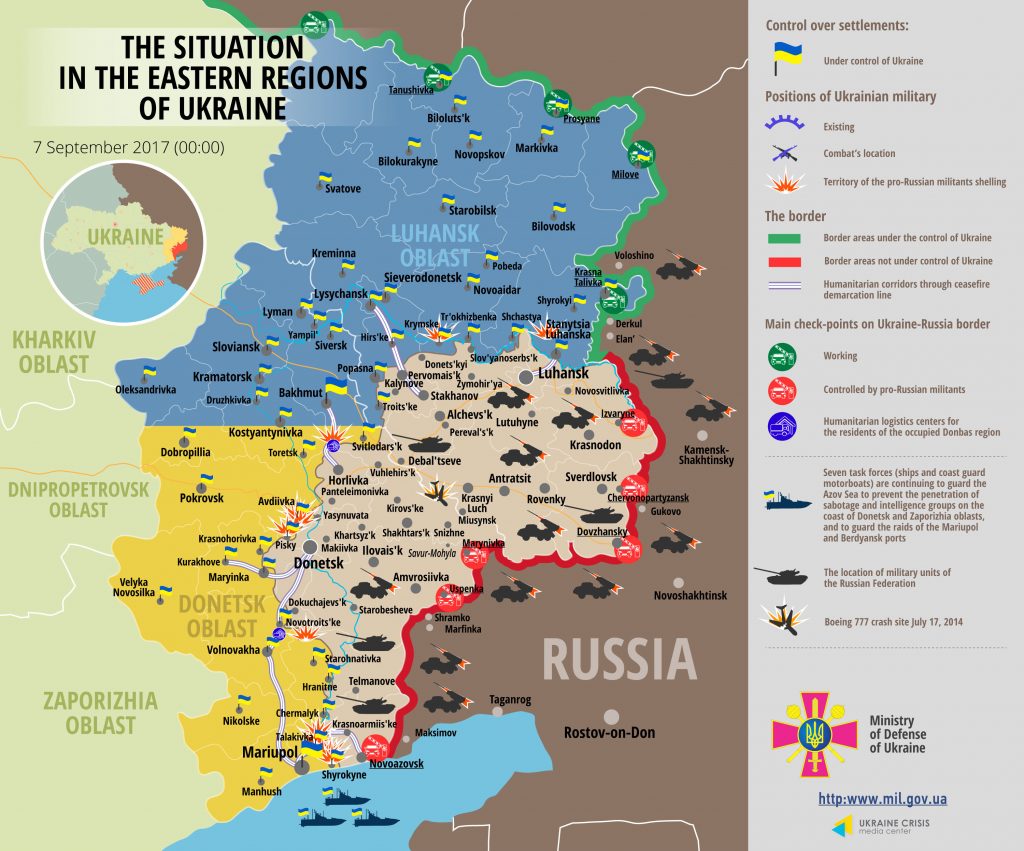 Report on the military developments as of September 6 is available here. Interactive data on the shelling: chronology shelling chart and the interactive map.