One Ukrainian serviceman was killed in action in ATO zone yesterday.  This happened in Avdiivka in a hostile attack, reported Ukrainian Ministry of Defense spokesman on ATO Colonel Andriy Lysenko at a press briefing at Ukraine Crisis Media Center. 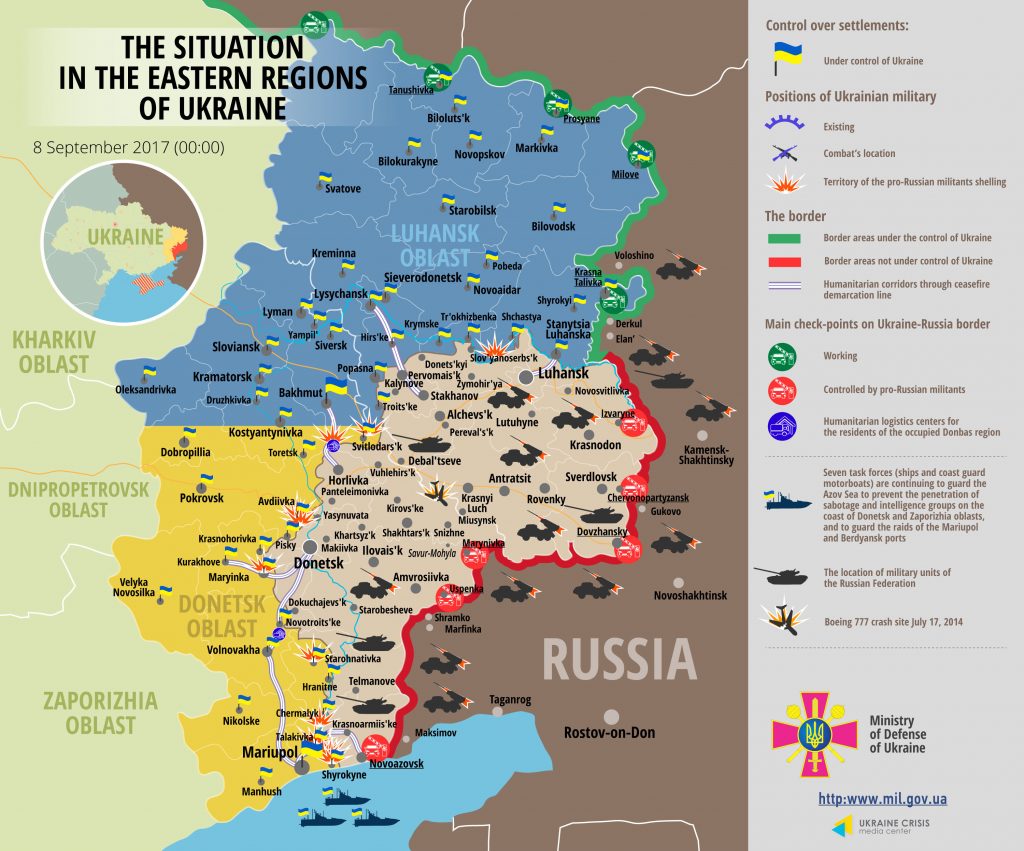 In Donetsk sector, militants conducted 10 armed provocations at Horlivka perimeter and near Avdiivka. “The enemy conducted two attacks at Zaitseve during the night using small weapons and grenade launchers. The hostilities resumed in the morning and continued with recesses till the end of the day,” said the spokesman. Moreover, militants attacked Ukrainian positions in Novhorodske, Avdiivka and Shakhta Butovka position with small arms.

In Luhansk sector militants committed one armed provocation,  firing a single 120-mm mortar round in near Lobacheve.

Report on the military developments as of September 7 is available here. Interactive data on the shelling: chronology shelling chart and the interactive map.