One Ukrainian serviceman was killed in ATO zone yesterday in a hostile attack at Shakta Butovka position, and two more were wounded near Pisky, reported Ukrainian Ministry of Defense spokesman on ATO Colonel Andriy Lysenko at a press briefing at Ukraine Crisis Media Center. 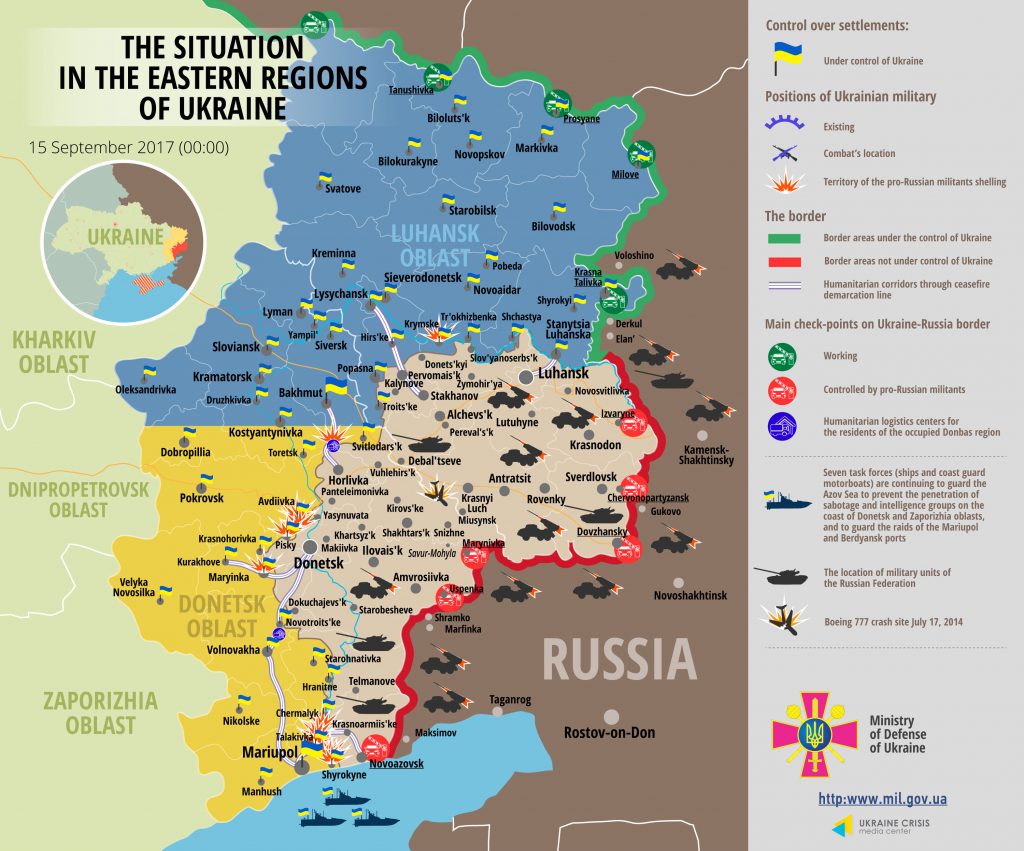 In Mariupol sector, militants violated the ceasefire 13 times along entire frontline with the exception of Dokuchaievsk. “For instance, the enemy conducted an attack in Maryinka at sunset. It continued for over an hour, the enemy fired seven mortar rounds and opened grenade fire,” said the spokesman. Twelve more attacks took place in the southern area of the sector in Pavlopil – Shyrokyne frontline. “Each attack lasted 10-120 minutes. The situation was the most difficult in Pavlopil where militants fired over 20 mortar rounds and actively used various grenade launchers,” added Col. Lysenko.

In Donetsk sector, Avdiivka remains a usual hot spot. Militants were active in the afternoon. They attacked Avdiivka’s industrial area three times, using mortars in one incident, and engaged Shakhta Butovka position once. Militants also violated the ceasefire in Zaitseve and in Pisky. “Russia-backed militants used only light weapons in the latter incident, and employed mortars and APC weapons in the northern area of the occupied Horlivka,” elaborated Col. Lysenko. Russian proxies conducted a total of eight ceasefire violations in Donetsk sector yesterday.

Report on the military developments as of September 14 is available here. Interactive data on the shelling: chronology shelling chart and the interactive map.