The largest number of enemy attacks was recorded in Donetsk sector, where militants violated the ceasefire nine times using heavy weapons twice, reported Ukrainian Ministry of Defense spokesman on ATO Colonel Oleksandr Motuzyanyk at a press briefing at Ukraine Crisis Media Center. “The hostilities took place near Horlivka and in Kamianka-Pisky frontline yesterday. The enemy was active after 18:00 and used mortars and armor. Ukrainian troops repeatedly responded with small arms fire,” he said.

In Mariupol sector, Russian proxies violated the ceasefire four times in Novomykhailivka, Vodiane, and Shyrokyne both in daylight and at nighttime. One of the attacks involved mortars. Ukrainian troops returned fire in all cases.

In Luhansk sector, militants violated the ceasefire only once, namely in Novotoshkivske. 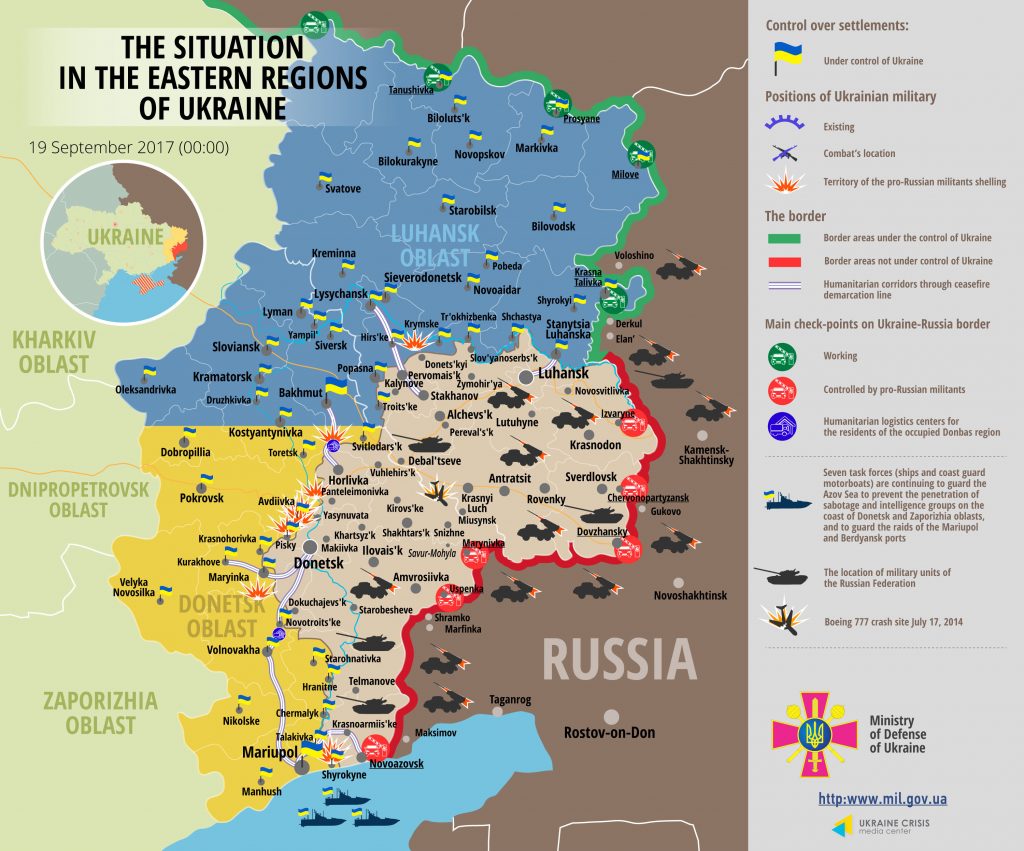 According to the Chief Intelligence Directorate of the Ministry of Defense of Ukraine, self-proclaimed “Donetsk People’s Republic” and “Luhansk People’s Republic” have problems with paying salaries in the public sector as a result of the reduction of financial aid from the Russian Federation. “The indebtedness reached almost 12 million Russian rubles. Russia is trying to optimize its expenditure budget, namely at the expense of cutting down the financing of its puppet ‘states’. The Russian government is considering the possibility to redistribute part of the occupied Donbas financing to the needs of the annexed Crimea and Kaliningrad oblast,” said the spokesman.

Report on the military developments as of September 18 is available here. Interactive data on the shelling: chronology shelling chart and the interactive map.