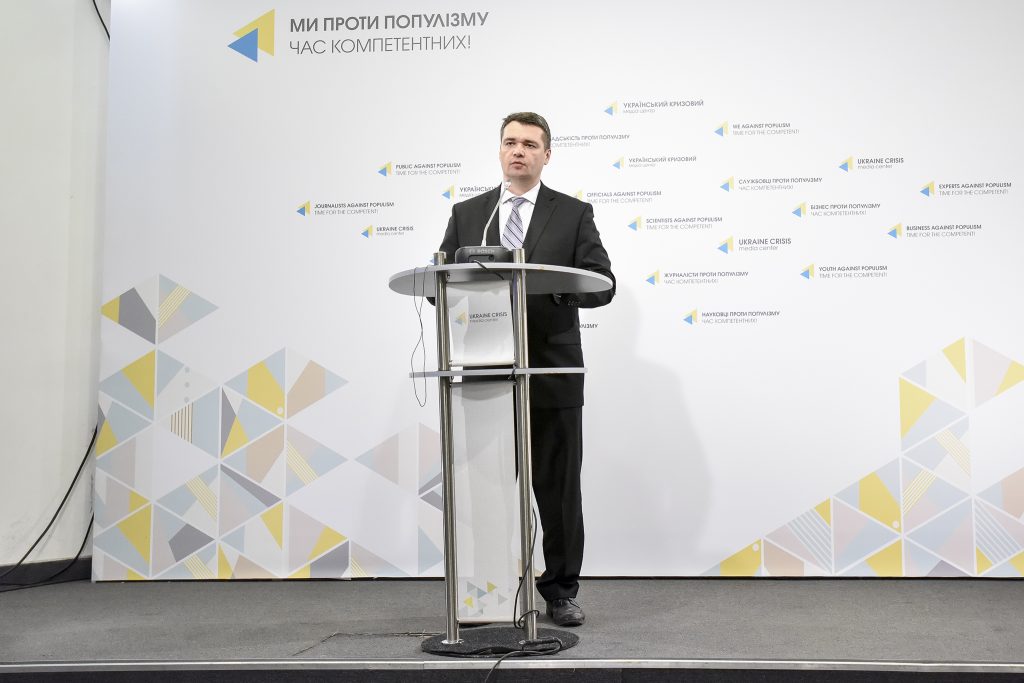 Last week, the intensity of the hostile fire was the lowest among all sectors. Enemy cease-fire violations were predominantly registered in the vicinity of Krymske and Novotoshkivske. The tensest situation was registered on September 19, when Russia-backed militants opened fire with heavy arms multiple times at positions of Ukrainian Armed Forces near Krymske, Novotoshkivske, and Novozvanivka.

Last week, the daily number of cease-fire violations by the enemy ranged between zero (on September 20) and nine (September 9).

The intensity of the enemy fire in this sector was the highest among all sectors. Invaders engaged positions of Ukrainian Armed Forces near Horlivka, Avdiivka and Donetsk airport with grenade launchers on a daily basis. On September 19, Russian proxies opened complex fire with mortars, IFVs, and small arms against Pisky. Ukrainian defenders opened return fire.

Last week, the daily number of cease-fire violations by the enemy ranged between 6 (September 21) and 17 (September 22).

Last week, the intensity of hostilities in the sector significantly decreased. As a rule, invaders committed up to 5 cease-fire violations with small arms per day. Over the week, southern defense lines remained the area of enemy combat activity, however, invaders occasionally initiated low-intensity mortar fire against Krasnohorivka. On September 20, Russia-trained militants opened mortar fire at Pavlopil and Shyrokyne.

Last week, the daily number of cease-fire violations by the enemy ranged between 4 and 7.

The Ukrainian military intelligence reports further military assistance coming from Moscow to its proxies. Russia sent a train with 22 railway tank cars loaded with 1,320 tons of fuel and five railway cars with unidentified military cargo for the militants in eastern Ukraine. In addition, the militants received 35 main battle tanks and three IFVs.

The total number of casualties among Russian proxies over the previous week is 11 killed and 19 wounded. Additionally, invaders lost one UAV.

Per Ukrainian military intelligence, specialists of 924th State Center for Unmanned Aviation of the Russian MoD, Lipetsk, arrived in the occupied territory of eastern Ukraine. They will investigate the recent breakdowns of Russian drones. It is likely that these regulars will test new models of Russian drones over the front line against Ukrainian service members.

According to the media and propaganda outlets of the Russia-backed militants, on September 23, the assassination attempt against Aleksandr Timofeiev, also known as Tashkent, was carried out. At 8.30 am his Lexus was blown up in Donetsk. Timofeiev holds the position of the so-called “minister of revenues and taxes” in the occupational administration, being the supervisor of the economic affairs in the quasi-state. As a result, he is among five most influential people in the so-called “DPR” leadership. In 2014, Timofeiev joined the command of the “DPR” illegal armed group and took part in hostilities against Ukrainian Armed Forces, including the battle for Donetsk airport. Over the past few years, Timofeiev became rich but also found enemies among other separatists, Russian curators, and impoverished civilians. We consider the assassination attempt to be the logical outcome of his criminal activities. Ukraine insists that it has no relation to this incident.

Russian Ministry of Defense reported that Lieutenant General Valeriy Asapov had been killed in action in Syria. Asapov previously took part in hostilities in eastern Ukraine. In 2015-2016 he was the commander of the so-called “1st Army Corps” of Russian occupational forces in Donbas. His undercover ID was issued on the name of Valeriy Primakov. As a commander, he was responsible for numerous war crimes that Russia-backed militants committed against Ukrainian service members and civilians. Russian Federation had tested cruel methods and means of warfare in Ukraine and then brought it to Syria. Despite Moscow’s denial, Russian regulars and mercenaries sustained heavy losses in both conflicts. Thus, Lieutenant General Valeriy Asapov became one of them.

Additionally, three segments of electric power lines in Avdiivka and in Yasynuvata district, Donetsk sector, were torn by enemy shells. All of them were repaired by Ukrainian emergency services in a timely manner.

Last week, Ukrainian authorities arranged for access and safe passage through government checkpoint of 27 trucks carrying humanitarian aid for civilians living in the temporarily occupied territory of eastern Ukraine. Nearly 420 tons of food, hygiene products, and construction materials were provided by the International Committee of the Red Cross, as well as the Orthodox religious organization.